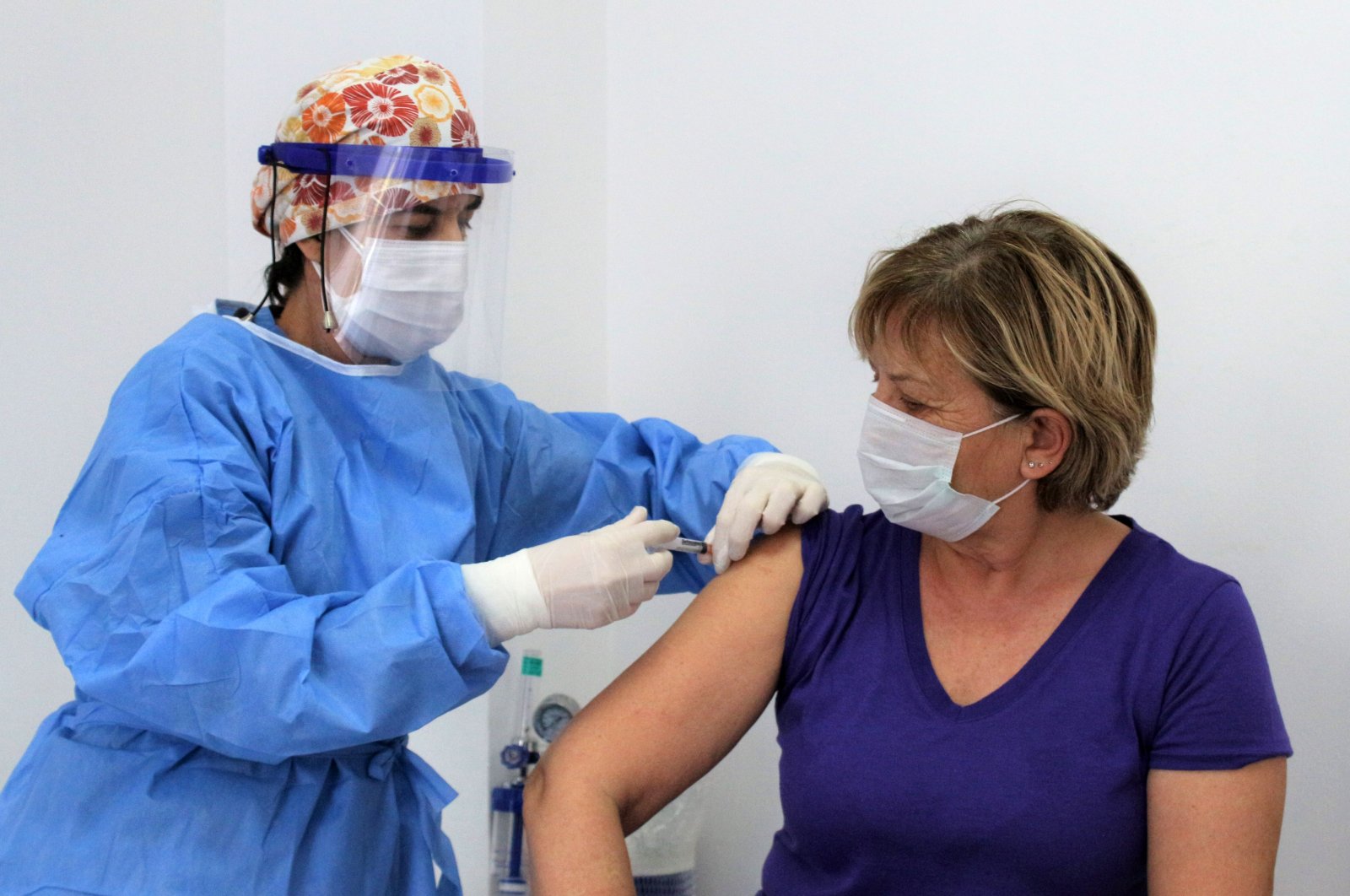 In just 40 days, Turkey managed to vaccinate nearly 7 million people against the coronavirus, a number higher than most countries in Europe. More than 5.8 million people had received their first jab of CoronaVac, the only available vaccine in the country, as of Monday, while another 1.1 million had had the second shots.

Figures by Our World In Data, a website that provides data on vaccination and coronavirus cases around the world, show that the country has inoculated an average number of 7.75 per 100 people. Overall numbers show 2.63 of every 100 people in the world have been vaccinated. In the European mainland, Serbia had the highest vaccination rates at 14.05. The number of vaccinated people in the country exceeded 1.2 million on Monday, while Malta, one of the smallest countries in the European Union, had an inoculation rate of 14.34 per 100 people. Denmark also had a rate of over eight per 100. Germany stands at around six, while France’s vaccination rate per 100 is around 5.6. The figures are much lower in Spain and Italy.

Turkey started the vaccination process with health care workers on Jan. 14. It was followed by the inoculation of people at nursing homes and senior citizens. Currently, people aged 65 and above are being vaccinated. A second dose of vaccine is also being administered to health care workers. The country started vaccinations later than European countries, which began inoculation in December, but figures show it was faster. The country administers shots both at hospitals and through a nationwide network of neighborhood clinics, while elderly citizens who cannot leave home due to their old age are vaccinated at home by health care crews. Turkey boasts a successful vaccine logistics system that allows the fast and safe shipment to provinces. Vaccinations are appointment only.

Authorities plan to diversify vaccine options soon. The first shipment of the Pfizer-BioNtech vaccine is set to arrive in the country later this month.

Israel and the United Arab Emirates (UAE) have the highest vaccination rates, at more than 85 and 56 per 100, respectively.

This article originally appeared in DAILY SABAH on 22 Feb 2021.