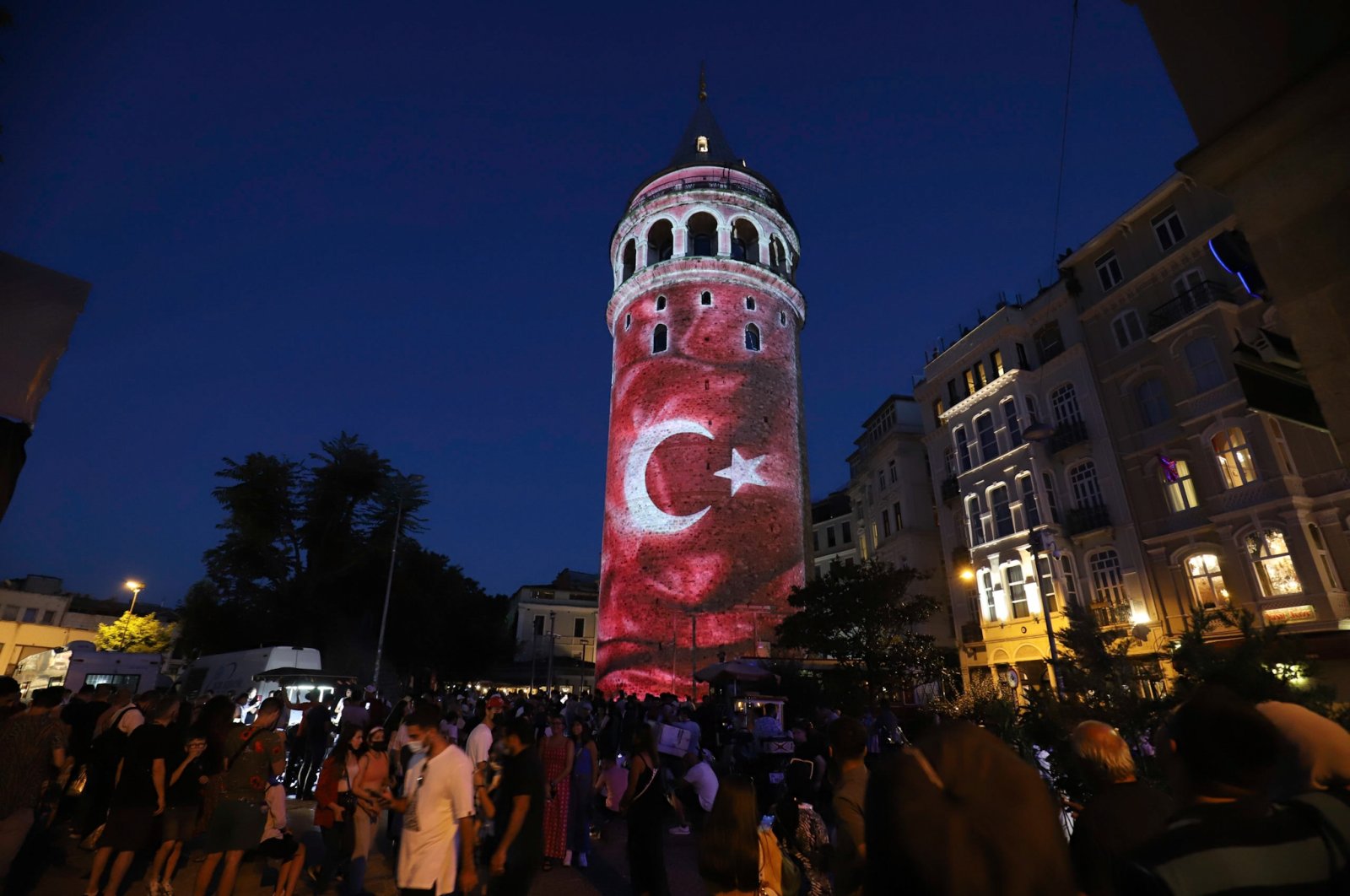 Turkey to ‘never forgive traitors, those standing behind them’

“This nation will never forgive treachery, traitors and those who stand behind traitors,” Erdoğan told a ceremony in the capital Ankara to commemorate the victims of the failed coup.

Turkey marked the July 15 Democracy and National Unity Day with series of events across the country, with officials reiterating the nation’s determination to continue its fight against terrorism in all forms.

Erdoğan made a series of speeches throughout the day and inaugurated a “democracy museum” looking at the main events of the night which “changed Turkey’s fate.”

Located across the Presidential Complex, the July 15 Democracy Museum is to remind visitors of the spirit of unity of Turks that foiled the coup attempt, while also telling the insidious intentions of the FETÖ terror group.

Erdoğan toured the museum with a group of high-level political leaders including parliament speaker Mustafa Şentop, Vice President Fuat Oktay and Nationalist Movement Party (MHP) leader Devlet Bahçeli. Relatives of those who lost their lives on the night of the coup, and veterans were also present.

After the inauguration, the president said at a commemorative event at the Presidential Complex that Turkey will continue to be on the alert against all terrorist organizations, particularly the Gülenist Terror Group (FETÖ) that tried to seize power by force five years ago.

“Come what may, our struggle will continue until the last member of FETÖ is ‘neutralized,’ punished, and erased from records,” Erdoğan said.

FETÖ and its United States-based leader Fetullah Gülen orchestrated the defeated coup in 2016, in which 251 people were killed and 2,734 injured.

“We will never be able to repay the brave men who, through their sacrifices that dark night, brought a (bright) morning for our nation and democracy,” Erdoğan said.

“Through its resistance on July 15, our people not only averted a coup attempt but also prevented an attempted occupation (of) our country.”

FETÖ is also accused of being behind a long-running campaign to overthrow the state through the infiltration of Turkish institutions, particularly the military, police and judiciary.

Addressing the nation in a separate televised broadcast, Erdoğan said terror groups and those behind them can never realize their agenda as Turks would not spare them as demonstrated on the night of July 15.

The president stressed that those who posed threats to Turkey through terrorism unwittingly strengthened the national unity and harmony, and cannot slow its development.

This article originally appeared in DAILY SABAH on 16 July 2021.