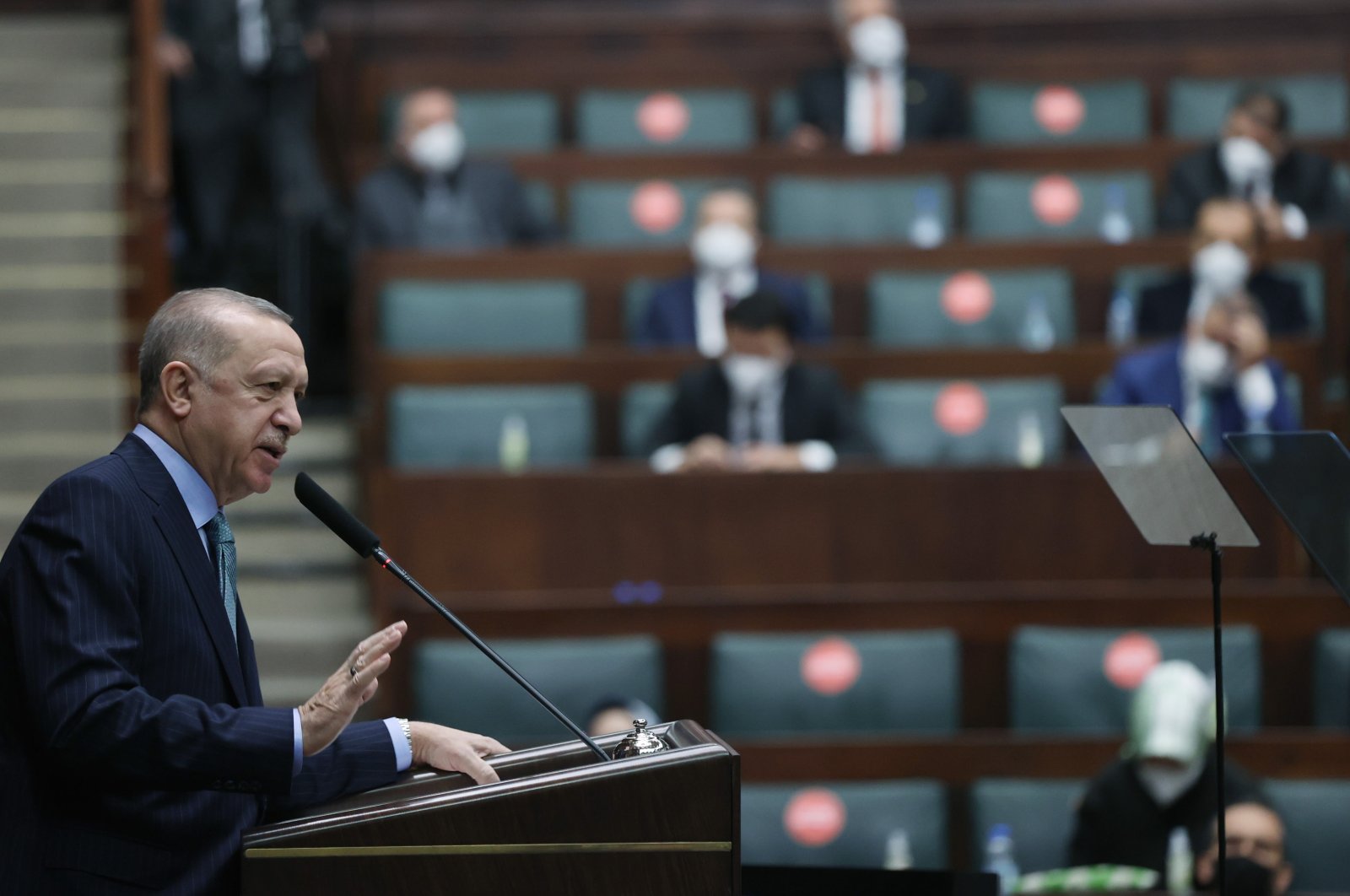 President Erdoğan pledged to exact revenge for the killing of 13 Turkish citizens at the hands of PKK terrorists in a cave in Gara, northern Iraq, as he criticized CHP for its stance on the issue.

Turkey will not hesitate to exact revenge for the killing of its citizens by PKK terrorists in northern Iraq, President Recep Tayyip Erdoğan said Wednesday, as he reiterated Ankara’s determination to destroy the terrorist group.

The president continued by urging all countries to honor Turkey’s “legitimate fight and approach” against terrorism without “ifs and buts,” as he said Turkish counterterrorism operations at home and abroad are a part of the country’s “humanitarian mission.”

Erdoğan’s criticism came after European countries and the U.S. released statements condemning the terrorist attack in Gara without directly mentioning the PKK, which is recognized as a terrorist organization by the aforementioned countries.

The president noted that Western countries who fail to recognize Turkey’s concerns about PKK terrorists and pick and choose between terrorists, may one day be threatened by them.

Turkey has been carrying out new phases of counterterrorism operations at home and abroad in response to PKK terrorists. Turkish security forces regularly conduct counterterrorism operations in the eastern and southeastern provinces of Turkey, where the PKK has attempted to establish a strong presence. In July, the country also launched the first of a series of “Lightning” operations in the southeastern province of Şırnak, and its associated operations are meant to target terrorists believed to be hiding out in eastern and southeastern Turkey. The Turkish Armed Forces (TSK) regularly conduct cross-border operations in northern Iraq, a region where PKK terrorists have hideouts and bases from which to carry out attacks in Turkey. Iraq’s Kurdistan Regional Government (KRG) also previously called the PKK’s presence in Sinjar unacceptable and urged the militants to leave the area. In northern Iraq, Turkey launched operations Claw-Tiger and Claw-Eagle in June to ensure the safety of the Turkish people and borders by eliminating the threat of the PKK and other terrorist groups.

“If you don’t put out the fire of terror where you see it, one day it will surely spread to you,” Erdoğan said and added: “Countries which prefer to cooperate with bloody-minded terrorists rather than Turkey, one of the oldest states in the world, will get lost in a black hole unless they change their mentalities.”

Last week, PKK terrorists executed 13 abducted Turkish citizens in a cave in northern Iraq during a Turkish counterterrorism operation. In the operation, 48 terrorists were killed and two were captured alive.

“If reports of the death of Turkish civilians at the hands of the PKK, a designated terrorist organization, are confirmed, we condemn this action in the strongest possible terms,” the U.S. State Department said in a statement.

The statement caused an uproar among Turkish authorities, with President Recep Tayyip Erdoğan blaming the U.S. for siding with terrorists. Turkey also summoned the U.S. ambassador to Ankara David Satterfield and voiced a “strong” reaction to Washington’s statement.

Western countries mostly remained silent on the issue, and some of the already few condolences were problematic rather than supportive.

The president also criticized the main opposition Republican People’s Party (CHP) for holding Erdoğan responsible for the death of Turkish citizens in Gara, rather than the PKK terrorists.

“They have no shame and are trying to put the blame on me,” Erdoğan said, adding that the People’s Alliance and the government will continue to pursue its goals by destroying the terrorists, whom Erdoğan said were “protected” by the CHP.

Main opposition Chairperson Kemal Kılıçdaroğlu claimed Erdoğan was responsible for the PKK massacre in northern Iraq, and he refrained from mentioning the PKK in his statement.

In a speech he made at the Parliament, Kılıçdaroğlu said that it was “Erdoğan who is responsible for our 13 martyrs.” Erdoğan’s lawyers are now seeking TL 500,000 ($72,000) in “moral damages” over Kılıçdaroğlu’s remarks.

This article originally appeared in DAILY SABAH on 24 Feb 2021.