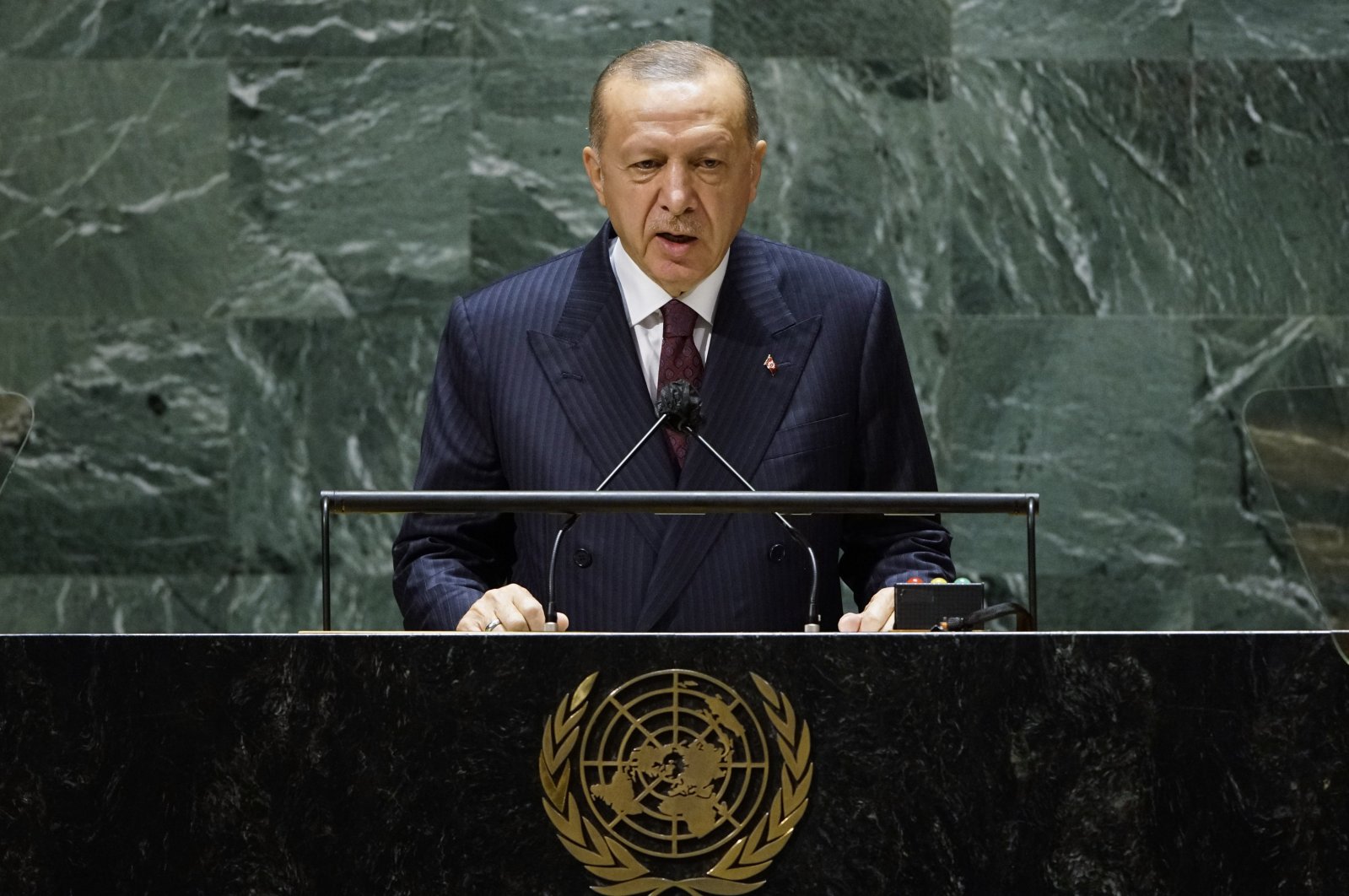 ‘Turkey will strive to be a leader in climate change fight’

Turkey will continue to contribute to efforts addressing the climate crisis and clean energy transformation, President Recep Tayyip Erdoğan said Friday, as he highlighted that global warming and climate change have become one of the greatest challenges facing humanity.

“We are putting our signature under a great success story in energy transformation, renewable energy and energy efficiency,” he said in a video message to the U.N. High-Level Dialogue on Energy.

He added that Turkey ranks fifth in Europe and 12th in the world in installed power based on renewable energy.

Describing global warming and climate change as one of the most important challenges in human history, Erdoğan said that even the most remote corners of the world are facing natural disasters, health problems, and economic and social struggles triggered by the climate crisis.

“This crisis can only be managed through global cooperation. For this, we must not leave anyone behind and must ensure fair burden-sharing. It is obvious that the energy sector will make the most important contribution in this regard,” he said.

The high-level dialogue is said to be the first U.N gathering on energy since 1981 and comes ahead of the COP26 conference on climate change in Glasgow, Scotland.

In his speech at the U.N. General Assembly last week, Erdoğan saıd the Turkish Parliament would ratify the Paris climate deal while not making concessions on the climate change efforts it has been pursuing since 2015. Under the deal, Turkey primarily aims to decrease its greenhouse gas emissions by 21% by 2030.

The Energy and Natural Resources Ministry last week announced that wind power capacity exceeded the 10,000 MW threshold in August, moving the country into the top 10 globally and fifth in Europe in terms of harnessing wind power.

Solar power generated about $10 billion in investment with 7,435 MW of installed capacity.

Turkey’s geothermal capacity reached 1,650 MW with an investment of about $6 billion, while the investment volume for 1,813 MW in biomass power plants stood at $2 billion.

By the end of August, hydropower accounted for 32% of the total installed electricity capacity, wind contributed 10.2%, solar comprised 7.5%, and geothermal and biomass constituted 1.7% and 1.8%, respectively.

This article originally appeared in DAILY SABAH on 24 Sep 2021.