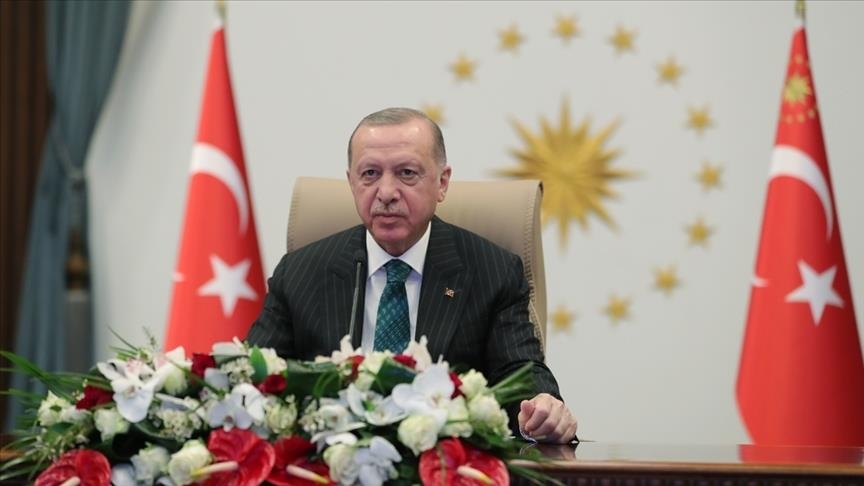 A documentary by journalist Caroline Roux, Erdogan: The Sultan who Defies Europe, was aired on Tuesday evening on the French public channel France 5 as part of a special edition of the program, C dans l’air.

It was presented by Axel de Tarle and Caroline Roux.

Faced with the numerous unfounded accusations leveled against Turkey in the two-hour program, Ali Onaner, the Turkish ambassador in Paris was entitled only to 78 seconds of response time.

Anadolu Agency and its journalists, repeatedly slandered in the documentary, were never questioned or contacted by the journalist.

During a debate following the documentary, the journalist, Jean-Dominique Merchet also spoke.

Anadolu Agency interviewed the journalist of French daily L’Opinion on the tensions witnessed in recent years between France and Turkey, which are allies within NATO. Merchet also answered Anadolu Agency’s questions about the focus of public debates in France on Islam and Muslims.

Asked about the causes of the tensions between France and Turkey, Merchet said: “There are two dimensions” which interact directly or indirectly in relations between Turkey and France.

“A geopolitical problem and a domestic policy problem: the two are cumulative, complement each other,” he added.

“There is a geopolitical problem between France and Turkey in Syria and Libya, also in the conflict between Armenia and Azerbaijan over Karabakh, as well as the question of French support for Greece, Cyprus and Egypt in the Eastern Mediterranean, where Turkey and France came face to face” on the Exclusive Economic Zones (EEZs) issue, noted the French journalist, citing various geopolitical conflicts where France and Turkey support opposing camps.

“These problems should be resolved through discussion, dialogue, except that the posture of France on these issues is in decline […] no doubt because of its political errors,” Merchet said, citing as examples the conflicts in Syria and Libya.

“In opposition to this, Turkey is advancing and gaining influence in these regions, in a way that is detrimental to France: it is disappointing France which is retreating, being put away,” he added.

“France is in retreat, Turkey is on a more ‘conquering’ posture, even if I don’t like the term. In Syria, in the Caucasus, we [France] are being put away, in Libya in Africa we are retreating, we are losing. In Europe, it is Germany that decides more and more, so France is complex,” the French journalist said.

“The second problem relates to the question of Islam: there is a difficulty in approaching this question in a calm and healthy way in France, in particular through the bill on separatism, or the false debate on the Islamo-leftism (or l’islamo-gauchisme in French),” noted Merchet.

The French National Centre for Scientific Research (CNRS) has condemned the misuse of the term Islamo-leftism by French politicians.

“Islamogauchism, a political slogan used in public debate does not correspond to any scientific reality. This term, with its ill-defined outlines, is the subject of many public positions, forums, or petitions, often passionate. The CNRS strongly condemns those who try to take advantage of it to call into question academic freedom, essential to the scientific process and the advancement of knowledge, or to stigmatize certain scientific communities,” the CNRS said in February.

“Les Mureaux speech, the cartoons on Prophet Muhammad; the whole context of which former Manuel Valls, guest on the show, was the most extreme representative, a very radical secularism and very hostile to Islam and Muslims: it creates another atmosphere,” noted the journalist, describing in his own words what could be qualified as Islamophobia. “We reproach Muslims, not what they do, but what they are, that is to say, Muslims,” he said.

“The declaration made in 2005 by Nicolas Sarkozy, who became French president two years later: ‘If Turkey were in Europe, it would be known.’ That means a large country like Turkey has no place in Europe, whereas for example Cyprus, which is in the Middle East and is close to Syria, is part of the European Union,” noted the journalist.

“The question is Islam: the only real reason for tension with Turkey is not the question of human rights in which, for example, Egypt, supported by France is very much more severe, but Islam. One of the problems lies in the fact that the Turks are Muslims, it is written in the unconscious of some Europeans, it poses a problem. In addition, it is not a former European colony, so there is no familiarity like we have with Moroccans or Algerians for example. Westerners have problems with these Muslim imperial powers like Turkey and Iran,” Merchet said, adding that there is a historical international context nourishing a fear in Europe vis-a-vis the Muslims.

“Between 2011 and 2021, we see a rise in anxiety in Europe about Islam, in particular, due to the terrorist attacks, the Arab revolutions which did not turn out as planned, particularly in Syria, Libya, and in Yemen. To this was added the migratory wave of 2015. All this changed the climate, the perception of the facts, and as a result, contributed to provoking a strong tension and a hardening in our executive, but also a hardening of the Turkish executive, after the 2016 failed coup in particular, since then Turkey’s posture has become a little aggressive. We have to admit that there are wrongs and rising tensions on both sides. There is a right-wing of the French executive, but also Turkish: a nationalism rising on both sides,” he said.

Islam in France: a novelty poorly accepted by French

Asked about the domestic policy of French President Emmanuel Macron and his government, Merchet first expressed his position on the “Law to consolidate republican principles”. The bill, the main aspects of which were presented in President Macron’s speech at Les Mureaux, was debated in the National Assembly in January, then adopted at first reading in the National Assembly on Feb. 16

The heavily criticized bill will be examined by the Senate from March 30.

“The law on separatism, but which is no longer called that way and which angers the Catholic Church and many people is still totally stupid. Today, there is something new: 10% of the French population is Muslim. There are very harsh tensions on the issue. The Turkish president has thus become the symbol of a conquering Islam which scares the French. I am very aware that my position based on reason, that is to say of not living with fear, but in a thoughtful way, it is very much in the minority in France,” deplored the journalist, evoking the ambiguity or even the ambivalence of the decisions of the French president.

Asked about the reason for the many debates in France about Islam for several years, the journalist sees in it an expression of the French perception of national identity.

“In the debates relating to Islam in particular, there is something which refers to the French identity: the affirmation of French identity is different compared to those of the British where one can be Scottish, Welsh, Irish, English and different religions too. In France, we can see an ideologization of the French identity: today, you must not be a Muslim, this idea structures the imagination, rather on the right, of French national identity,” according to Merchet.

“Since the Revolution there has been this idea, which is more of a leftist, that the Republic does not coexist with religion. The Revolution of 1789 was built against the Church and the Republic was built against Catholicism. Today, we see a transfer from Catholicism to Islam of this stigmatization: if we were Catholic we could not be a good republican. This emanates from a French obsession with religion,” he noted.

“We should be inspired more and be closer to the Anglo-Saxons who have a more liberal approach in particular in ideological and religious freedom,” Merchet concluded.