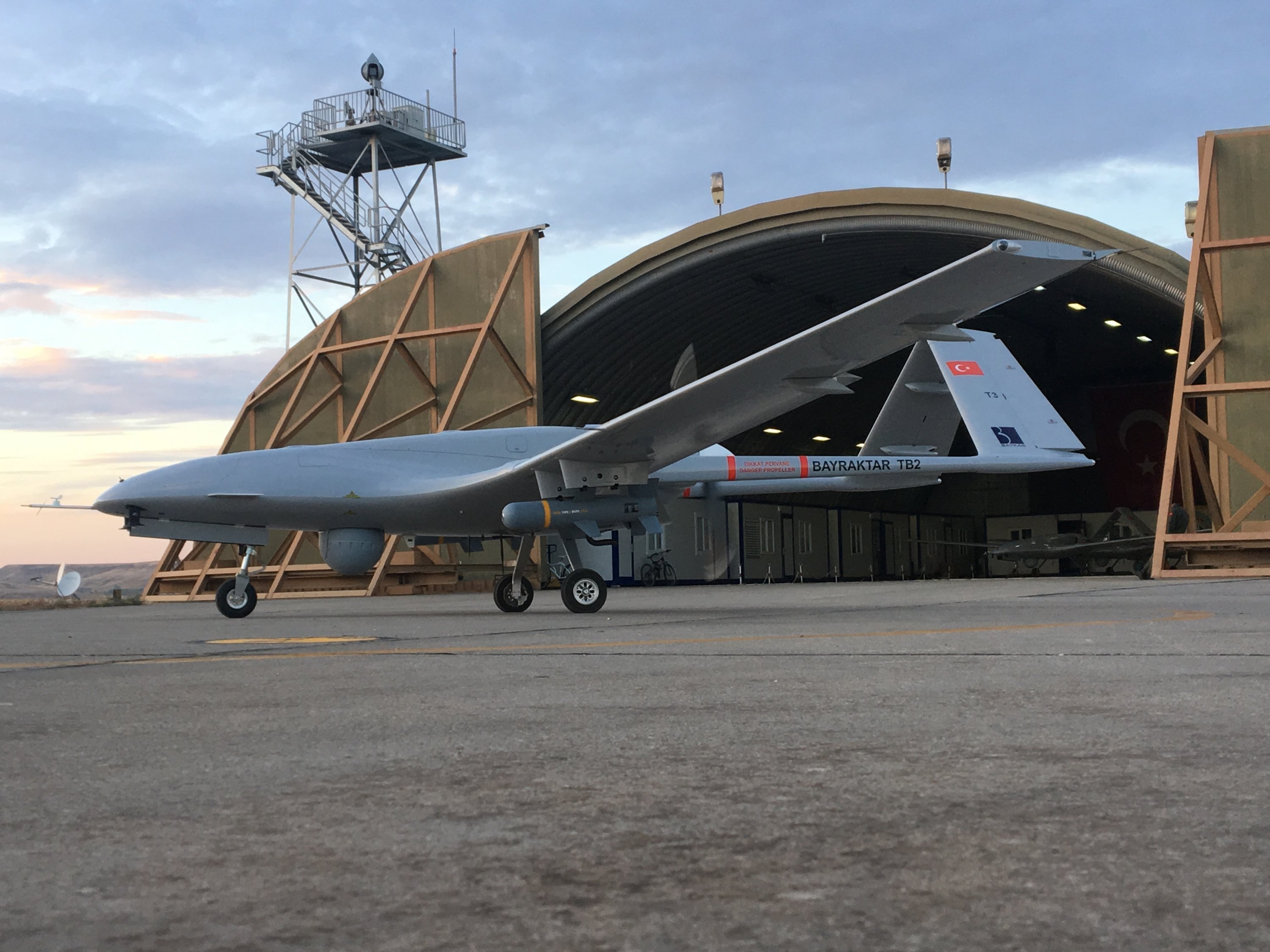 A view of a Bayraktar TB2 combat drone. (Baykar Makina via AA)

Turkish drone magnate Baykar is in the contract phase with about 10 countries, the company’s Chief Technology Officer (CTO), Selçuk Bayraktar, said on Wednesday.

Such developments regarding the sales of the Baykar’s Bayraktar TB2 (Tactical Block 2) unmanned combat aerial vehicle (UCAV) abroad would mean that export revenues will soon constitute a significant share in the firm’s overall revenues.

This particular UCAV has already been incorporated into the arsenals of Azerbaijan, Ukraine and Qatar. It has been actively used by Turkish forces in Syria and Libya and it saw action in Azerbaijan’s recent Nagorno Karabakh conflict, paving the way for its international recognition with proven operational capability.

Meanwhile, Poland has also signed a contract for the purchase of Bayraktar TB2s, becoming the first NATO member country to acquire the Turkish drones. The combat drones will be armed with anti-tank projectiles. Poland will also buy a logistics and training package along with the aircraft. First shipments will arrive in 2022.

Latvia later hinted that it could be the second European Union and NATO member state to acquire the Turkish UCAVs that have scored high-profile successes in the field.

Albania is also interested in striking a deal to procure this particular combat drone. The country’s interest in acquiring the Bayraktar TB2 became official after its parliament allocated an additional budget of more than 8 million euros ($9.5 million) for such procurement in June.

Authorities in Turkey say the country has become the world’s fourth-largest drone producer since Ankara took the helm for domestic production to reduce reliance on Western arms.

The Bayraktar – with its electronic, software, aerodynamic, design and sub-main systems fully designed and developed nationally – stands out among the world’s most advanced UAV systems in its class with its flight automation and performance.

The drone was first delivered to the Turkish Armed Forces (TSK) in 2014 and upgraded with armaments for the first time in 2015. It is currently used by the Gendarmerie General Command, General Directorate of Security Forces and the National Intelligence Organization (MIT) in their operations.

The Baykar CTO further revealed that the Bayraktar TB3 will make its maiden flight in 2022. The TB3, which has a take-off weight of 1,450 kg and can operate at high altitudes, is a variant of the Bayraktar TB2 that is planned to be an integral part of the flagship-to-be amphibious assault ship TCG Anadolu. That means that the vessel will allow for the takeoff and landing of unmanned systems.

Bayraktar reiterated that the UCAV will be powered by domestic engines manufactured by the Turkish Aerospace Industries (TAI) subsidiary TUSAŞ Engine Industries (TEI).

Commenting on other products of Baykar, he said development studies for the configuration of the company’s latest cutting-edge combat drone, Akıncı UCAV, to be equipped with twin 750HP turboprop engines, have started.

This article originally appeared in DAILY SABAH on 04 August 2021.