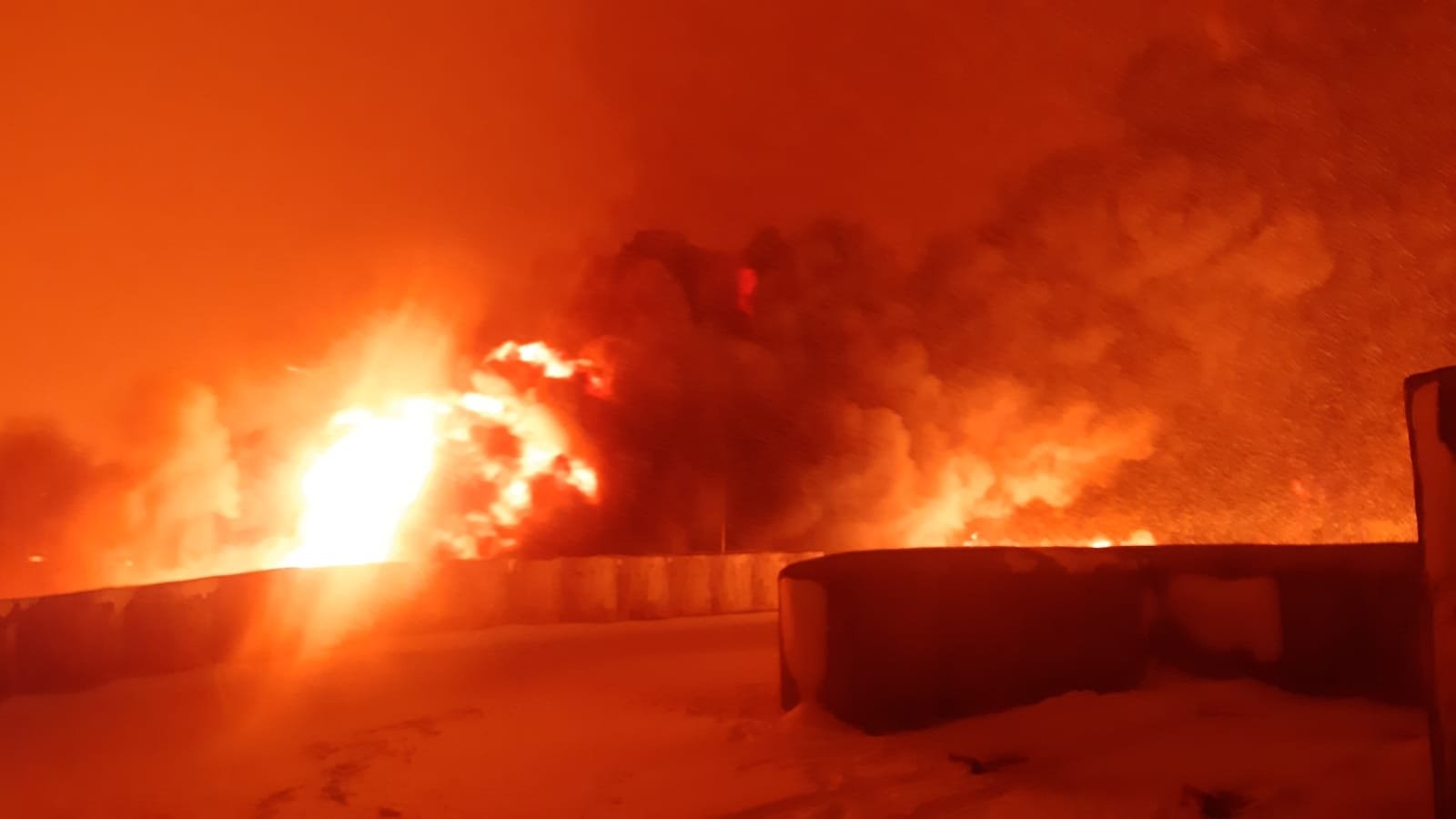 Turkey’s state-owned pipeline operator Botaş said on Tuesday that it had cut oil flow at the Kirkuk-Ceyhan oil pipeline following an explosion near the southeastern province of Kahramanmaraş, according to Azerbaijan in Focus, reporting Daily Sabah.

In a statement, Botaş also said a fire erupted following the explosion, and firefighters and emergency personnel were deployed to extinguish the blaze.

The reason for the explosion, which occurred close to the 511th kilometer (318th mile) of the pipeline, was unknown, it also said.

Speaking to Ihlas News Agency, Kahramanmaraş Mayor Hayrettin Güngör said that the explosion in Kahramanmaraş province’s Pazarcık district has not caused any casualties.

“Thankfully, there have been no casualties after the explosion,” Güngör said.

“Our efforts to put out the fire are ongoing.”

Meanwhile, the province’s Governor Ömer Faruk Coşkun reiterated that the fire has not affected any residential areas near the explosion zone.

Authorities also announced that the nearby highway connecting Kahramanmaraş to neighboring metropolis Gaziantep has been cut off to traffic both ways as the fire spread to the route.

Turkish officials added that the fire squads are battling the fire which is expected to continue until the morning.

The pipeline has come under terrorist attacks before, both by the PKK and Daesh terrorist groups.

The pipeline had been exposed to intensive attacks by the Daesh terrorist group and the attack in 2014 caused the Iraqi side of the pipeline to be closed.

In late September, the Iraqi Oil Ministry announced that Iraq and Turkey are going to reopen the 970-kilometer-long pipeline that transports Iraqi crude from Kirkuk to export facilities in Ceyhan on the Mediterranean coast.

The ministry’s statement came after the Iraqi oil minister Ihsan Abdul-Jabbar Ismail and Turkey’s ambassador to Baghdad Ali Riza Güney met in Baghdad to discuss plans “to rehabilitate the strategic pipeline to transfer crude oil” from the Gulf to Europe.

The Kirkuk-Ceyhan Oil Pipeline, also known as the Iraq-Turkey Crude Oil Pipeline, is a 970-kilometer-long pipeline that runs from Kirkuk in Iraq to southern Ceyhan in Turkey.