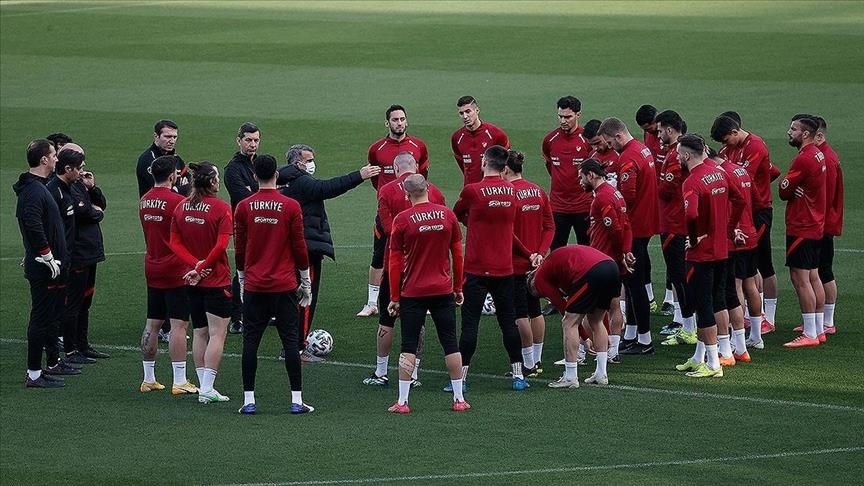 Turkey to play 3 friendly matches ahead of EURO 2020

The Turkish national football team are set to launch their preparations for EURO 2020 in the southern province of Antalya.

The Turkey squad will hold their first stage of pre-tournament training in the Mediterranean resort province, beginning as of Tuesday with players whose league and cup matches have ended.

Turkey will play three friendly matches ahead of EURO 2020, with the first to be against Azerbaijan at the Alanya Bahcesehir Okullari Stadium on May 27.

The second game in Antalya was supposed to be against Northern Ireland on May 31 but this was canceled due to the UK’s recent travel restrictions.

Turkey will face another nation on the same date with the rival team to be announced later.

The training camp in Antalya is scheduled to end on June 1.

2nd stage of training camp to be held in Germany, starting June 2

The Turkish national team will travel to Germany for the second stage of the training camp, starting on June 2.

They are planned to start the training camp at the Klosterpforte Hotel in the town of Harsewinkel of Germany and face Moldova at the Benteler-Arena for their last friendly match on June 3.

After completing the Germany leg of their training, Turkey will go to Rome on June 10 and take on Italy for the opening match of the tournament slated for June 11.

The team will then fly to Azerbaijan’s capital Baku to play their next two Group A games at the Baku Olympic Stadium against Wales and Switzerland, on June 16 and June 20, respectively.

If Turkey gets to proceed to the round of 16, they will be back in Germany as of June 21 and see their rivals for the next stage.

The round of 16 matches will be held in London, Amsterdam, Seville, Bucharest or Glasgow between June 26 and June 29.

The quarterfinals will be held on July 2-3 in Munich, Baku, Saint Petersburg and Rome as the semi-finals are to be hosted by London on July 6-7.

The final will be played in London on July 11.

Turkey’s squad for the first stage of the training camp:

This article originally appeared in Anadolu Agency on 19 May 2021.