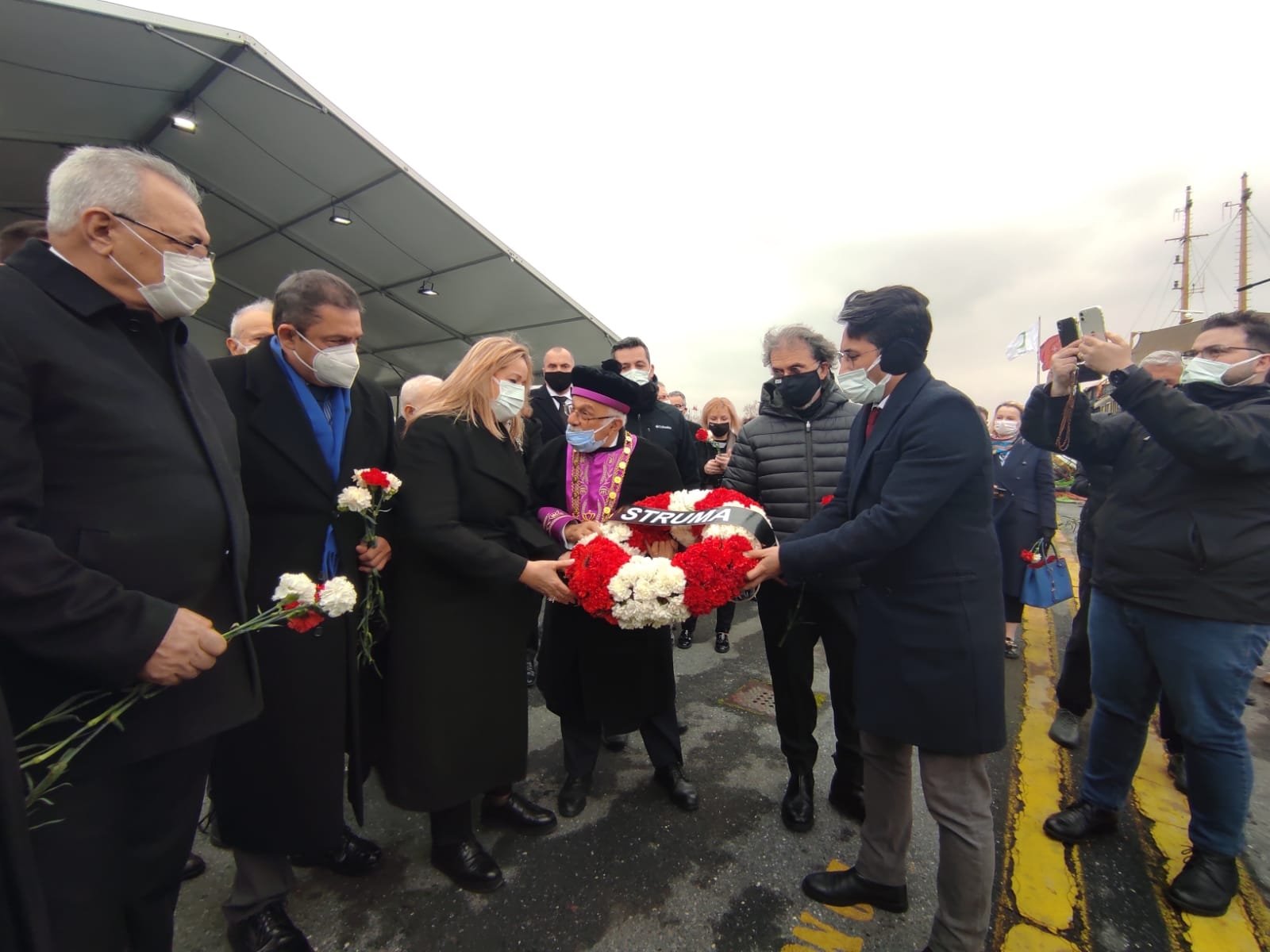 The chief rabbi of the Jewish community, Izak Haleva, and Deputy Governor of Istanbul Özlem Bozkurt Gevrek hold a wreath during the Struma commemoration in the Sarayburnu neighborhood of Istanbul, Turkey, Feb. 24, 2021. (DHA Photo)

Members of Turkey’s Jewish community and local authorities held an event in Istanbul on Wednesday commemorating the 79th anniversary of the Struma disaster in which 768 Jews, including 103 children, died.

The gathering was organized near the spot where the eponymous ship carrying Jewish passengers was sunk by a Soviet submarine, marking a tragic chapter in the plight of Jews during World War II. The community’s chief rabbi, Izak Haleva, Deputy Governor of Istanbul Özlem Bozkurt Gevrek and members of the Turkish Jewish community participated in the event. They also left a wreath in memory of those that died during the incident.

Speaking at the event, Haleva said that Turkey has always welcomed persecuted people and that Jewish people have peacefully coexisted in the country since Ottoman times.

Foreign Ministry Spokesperson Hami Aksoy said Wednesday in a statement that Turkey remembers with respect those who lost their lives in the tragedy.

A Soviet submarine torpedoed the Struma on Feb. 24, 1942, allegedly by mistake. It was carrying 768 Jews fleeing persecution at the hands of the Nazis and was stranded on Istanbul’s coast. Turkey’s pursuit of a neutral policy during the war delayed permission for the ship, which had left Romania in December 1941 to cross the Bosporus on its way to then-British-occupied Palestine. As days passed, disease broke out aboard the ship and it was placed in quarantine. A day before it was destroyed, Turkish authorities had towed it back out to sea.

Only one man survived the disaster.

This article originally appeared in DAILY SABAH on 24 Feb 2021.