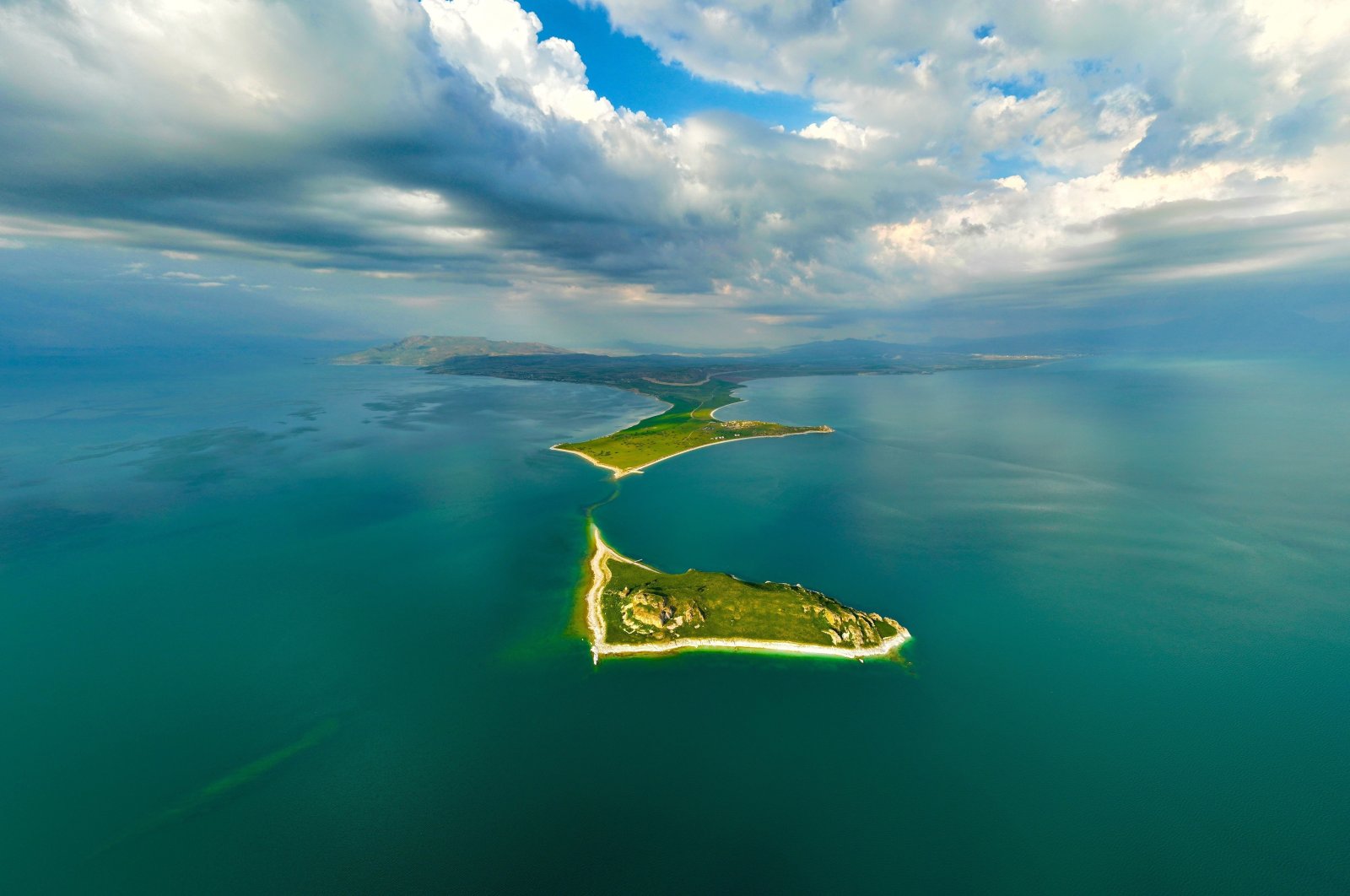 With the recent decision published in the Official Gazette, Lake Van and its surroundings in the eastern province of Van in Turkey have been registered as a “natural protected, sustainable conservation and controlled area” – a move that will contribute to the better protection of the basin, according to Azerbaijan in Focus, reporting Daily Sabah.

To prevent pollution draining into the lake, which is the largest in Turkey with an area of ​​3,713 square kilometers (1,434 square miles), and to keep it cleaner for future generations, the government and local organizations have rolled up their sleeves in recent years. Due to the excessive evaporation and the decrease in precipitation caused by the increase in temperatures over the past decade, the lake has suffered from a decreasing level of water.

First lady Emine Erdoğan, who takes the lead in the country’s environmental campaigns, tweeted: “After the Lake Van Protection Action Plan and Implementation Program that we started, the blue jewel of our country, Lake Van and its surroundings, has been declared a protected area. This step taken to deliver our unique value to future generations is only the beginning. Best wishes.”

As part of the new regulations, construction around Lake Van will be brought under control, and the projects will be related to zoning plans implemented after being evaluated by the regional commission of the Ministry of Environment, Urbanization and Climate Change. The decision also introduced steps to prevent pollution flowing into Lake Van from streams, and the commission will also decide on the construction of low-density tourism facilities in accordance with the legislation that citizens and tourists can benefit from.

All settlements on the shore of the lake will be required to ensure that treatment plants operate at 100% capacity and that any factors causing pollution will be eliminated.

Various training programs will be organized for the new areas created to raise awareness about the withdrawal of water and water management in the basin. The ministry’s provincial directorate and the municipalities in the settlements near the lake will conduct continuous inspections of the lake and its surroundings.

Faruk Alaeddinoğlu, a professor at the Department of Geography in Van Yüzüncü Yıl University (YYÜ), said that the registration decision is “important for the future of the lake.” Stating that he believes that the conservation efforts will yield good results in the lake, where the water level is gradually dropping due to global warming, Alaeddinoğlu said: “Evaporation affects wetlands the most. Lake Van and its basin is one of these wetlands. The lake is actually Turkey’s most important wetland. The existing water resources in this area are subject to a number of negative consequences due to the temperatures.”

Pointing out similar situations in many other countries, the professor said several serious steps, including the implementation of new conservation laws and the allocation of resources for the survival of the threatened lakes, have been taken in those countries just like in Turkey.

“In recent years, people in and around the lake have conducted construction without regulations. To prevent this uncontrolled construction, it is crucial to declare the lake and its surroundings a natural protected area. We need this if we want to keep the lake alive and see it as a living space for the people of the region,” Alaeddinoğlu said.

Stating that the lake will become a much more special area in the near future and a spot where people will prefer to spend time, Alaeddinoğlu underlined that: “People travel long distances to visit the lake. The coastal areas are blocked off by residences. Almost all of the visitors have to ask permission from the landlords to reach the lake. This shouldn’t be the case. For this reason, this registration process will ensure controlled development around the lake and restrictions on the development of some areas so the public to access the shoreline.”

“This is a very positive step. Lake Van is a very special area. This reversal of land use will continue for many years. Therefore, the management of the new beach areas around the lake, where the building restrictions will be in place for the long term, will also be thanks to this registration process for construction. We will not only protect the lake and shores, but also create an area where we can host local people and guests. Therefore, I think that this new regulation will make a great contribution to the region.”

For a cleaner future

Erdoğan Özel, president of the Van Lake Activists Association, which has been carrying out activities to draw attention to the pollution in the lake for many years, expressed that they welcome the registration decision.

Stating that the lake will now be cleaner, Özel said that: “We are struggling to carry the world’s largest soda lake into the future. We were pleased with the latest developments regarding the conservation work.”

He further stated that: “Since it is located in a closed basin, it is confronted with various problems on a daily basis. Pollution and drought are the biggest threats. A conservation law was needed to eliminate these threats and to transfer this blueness and unique beauty of the lake to future generations. As nature lovers, we are now very happy after the lake has been declared a natural protected area.”

“With this status, the lake will not be polluted as before and will be used in a more controlled way. It will serve tourism more,” he said.

Experts also say that the new status of Lake Van will bring positive benefits for the birds in the basin, where birdwatchers count some 240 species every year. The migratory birds, which have suffered a lot due to the drought in the region, are now likely to benefit a lot from the decision, experts say.

From flamingos to white-headed ducks, black-winged stilts, common shelducks and Eurasian coots, birds cohabit the basin’s wetlands, which make up one-third of the country’s wetlands. The basin is on the annual route of many migratory bird species, especially flamingos.