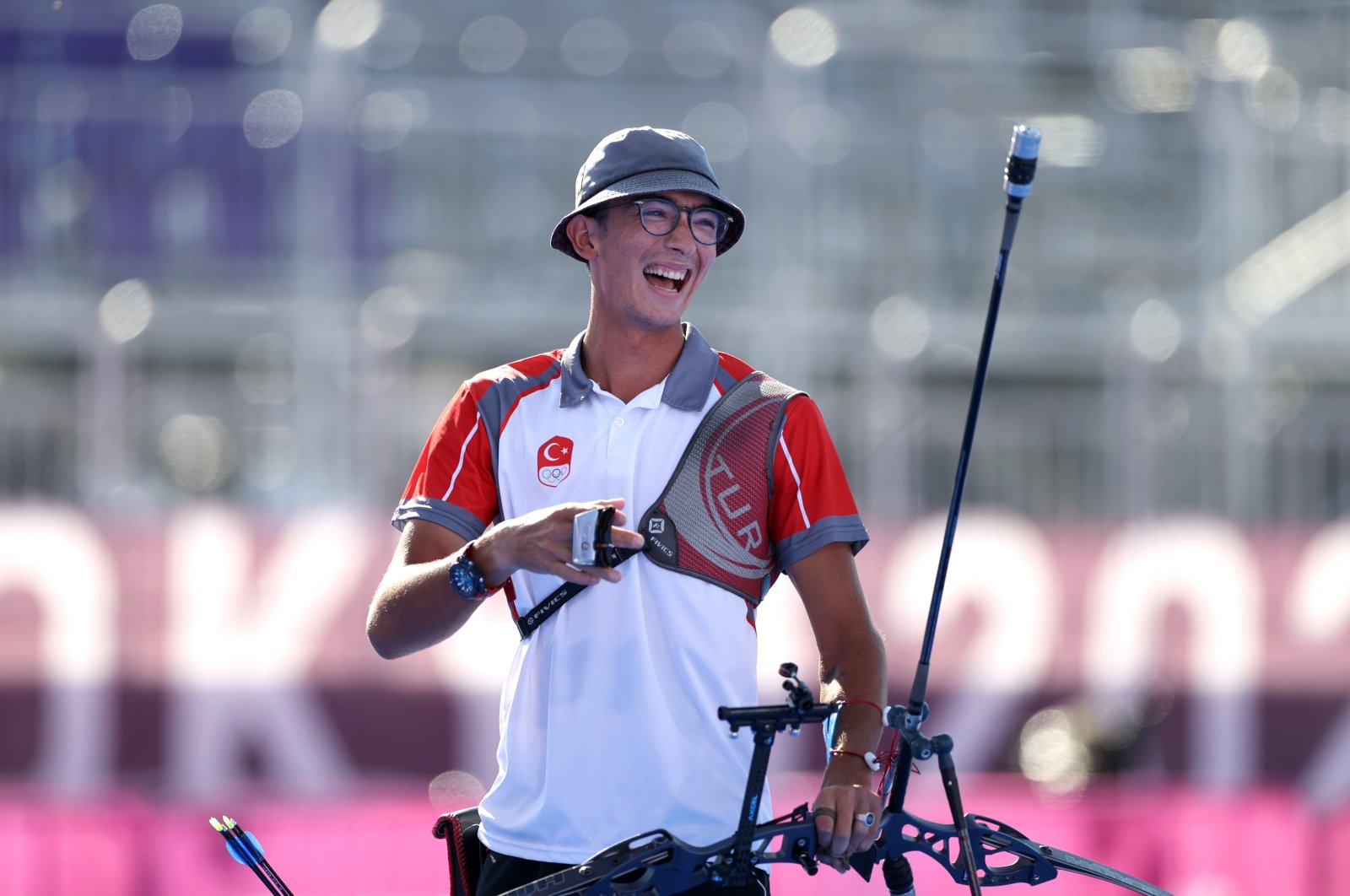 Gazoz, 22, finished with a perfect 10 as he beat Italian 2012 team champion Nespoli 6-4 to get a first-ever medal for his country in archery and his biggest career success.

Gazoz, who defeated Luxembourg’s Jeff Henckels in the first round match held on Thursday at the Yumenoshima Archery Field, and Australian Ryan Tyack in the second round match, had advanced to the last 16.

The national archer advanced to the quarterfinals by knocking off Australian Taylor Worth in the round of 16 in the morning session. Gazoz eliminated Brady Ellison of the United States, who is ranked number 1 in the world rankings, to book his spot in the semifinals.

In the semis, Gazoz defeated Japan’s Takaharu Furukawa to advance to the match up with Italy’s Nespoli.

Gazoz did not start the match well. He scored 26 points in the first set, and fell behind 2-0 as his opponent scored 29. When the second set was completed 28-28, the athletes got 1 point each.

The Turkish athlete leveled the match 3-3 when he won the third set 27-26. In the fourth set, both athletes made high-level shots. After the set ended 29-29, the overall score remained tied: 4-4.

Gazoz started the fifth set, in which the winner would become the Olympic champion, by shooting a 9 while Nespoli scored an 8. Both athletes found the bull’s eye for 10 points on their second shots.

Gazoz again found paydirt with his last shot, and won the set 29-26 after Nespoli could only manage 7 points with his last shot. The 6-4 final score meant that Gazoz had secured his country’s first-ever gold medal in archery.

This article originally appeared in DAILY SABAH on 31 July 2021.