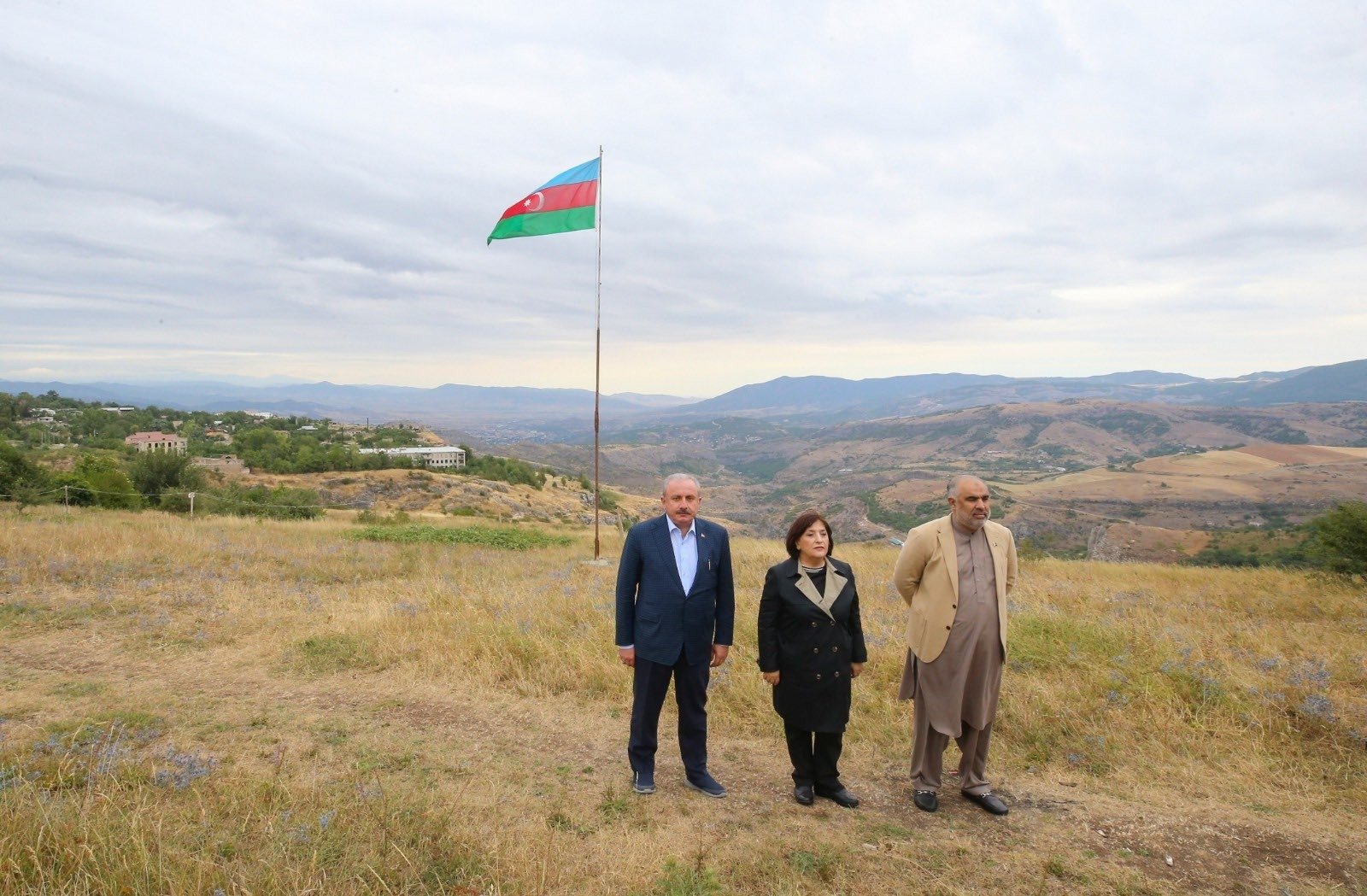 “Those who believe they own the city cannot do that. Only those who are here with an intention to occupy can destroy the city,” Turkey’s Parliament Speaker Mustafa Şentop said Thursday as he visited Shusha, which Azerbaijan recently liberated from the three-decade-long Armenian occupation.

Şentop stated that steps were taken to strengthen and institutionalize friendship and brotherhood between the Turkic republics, adding that the relationship between Azerbaijan and Turkey is special.

Noting that the words of Azerbaijan’s founding leader Heydar Aliyev, “One nation, two states” became popular during Azerbaijan’s victory in Karabakh, Şentop said that the Shusha Declaration strengthened the bond between the two countries.

Şentop noted that the declaration also revealed a roadmap to move relations forward.

Pointing out the destruction in Shusha, Şentop said: “Those who believe that they are the owners of the city cannot do this. However, those who are here with an intention to invade can destroy the city. Not only in Shusha, but in all the places we saw along the way, there was destruction everywhere.”

Şentop explained that construction is currently underway to restore the city and said that he hopes that Shusha will become the country’s cultural capital in a few months.

Shusha, which the Armenian military had invaded on May 8, 1992, was liberated by the Azerbaijani military on Nov. 8, 2020. Considered to be the “eye” of Nagorno-Karabakh, which Armenia had occupied until Azerbaijani forces’ two-month effort to liberate it, Shusha’s historical heritage includes many monuments, and it had been home to many intellectuals.

The town has significant military value since it is located on strategic high ground about 10 kilometers (6 miles) south of the region’s capital over Khankendi (Stepanakert), and it is on the road linking the city with Armenian territory. Besides its strategic significance, the town is known as a symbol of Azerbaijani history and culture with many historical sites, the restoration of which has started. Many prominent Azerbaijani musicians and scholars were born in the city.

Relations between the former Soviet republics have been tense since 1991 when the Armenian military occupied Nagorno-Karabakh, a territory recognized as part of Azerbaijan, and seven adjacent regions. Fresh clashes erupted between Armenia and Azerbaijan in late September, rekindling the Caucasus neighbors’ decadeslong conflict over the region.

During the conflict, Azerbaijan liberated several towns and nearly 300 settlements and villages from the Armenian occupation. Fierce fighting persisted for six weeks despite efforts by France, Russia and the United States to broker cease-fires, before Armenia and Azerbaijan signed a Moscow-brokered peace deal on November 9. The agreement was signed after Baku’s army overwhelmed separatist forces and threatened to advance on Karabakh’s main city Stepanakert (Khankendi).