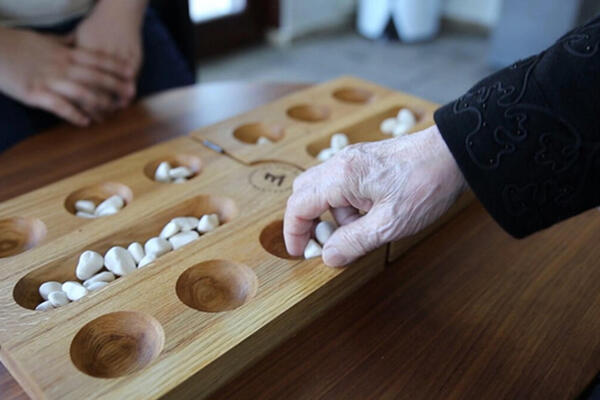 Mangala, a Turkish intelligence and strategy board game that is usually played by two persons or in groups, has been added to the Representative List of Intangible Cultural Heritage of Humanity.

With this inscription, the number of Turkey’s cultural elements inscribed on the Lists of Intangible Cultural Heritage has reached 20.

The game which had been played especially in palaces, inns, and courtyards of mosques during the Ottoman period, is considered a tool for socialization and culture sharing.

“Our multinational nomination file of ‘Traditional intelligence and strategy game: Togyzqumalaq, Toguz Korgool, Mangala/Göçürme’ submitted with Kazakhstan and Kyrgyzstan, has been inscribed on the UNESCO Representative List of Intangible Cultural Heritage of Humanity, during the 15th Session of Intergovernmental Committee for the Safeguarding of the Intangible Cultural Heritage which is being held online between 14-19 December 2020,” the ministry said in a written statement.

The ministry also said Turkey “will continue to promote and to preserve” the country’s cultural heritage.

Earlier, the country’s Culture and Tourism Minister Mehmet Nuri Ersoy said on Twitter that following the “Art of Miniature,” the game of Mangala has also been listed as a world heritage today.

Art of Miniature, an art form of the medieval period that realistically portrayed events while adhering to the traditional rules of Islamic art, as Islam bans figuration, was added to the UNESCO list.

“It is a great pride for us that our cultural values, which we attach great importance to preserve and promote, are the common heritage of humanity,” Ersoy said.

This article originally appeared in Hurriyet Daily News on 18 Dec 2020.