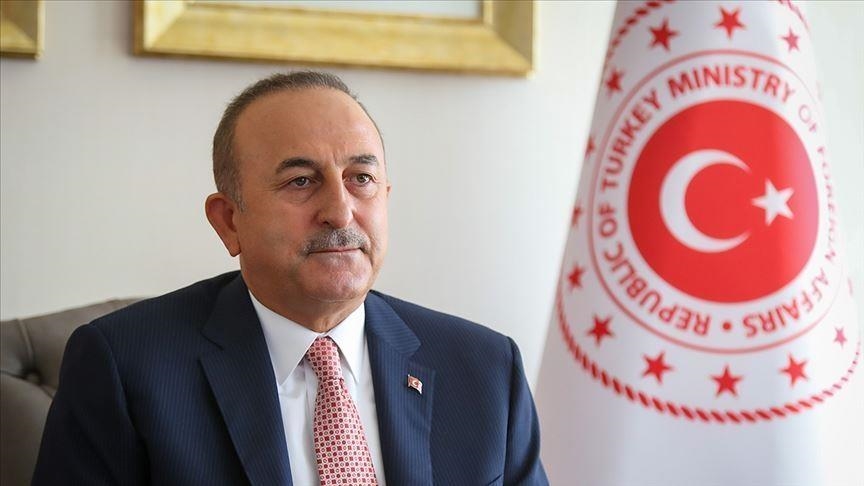 The foreign ministers of Turkey and Azerbaijan spoke on the phone Wednesday in a conversation focused on the latest developments in Palestine.

Mevlut Cavusoglu and Jeyhun Bayramov discussed Palestine at a time when Azerbaijan is presiding the 120-member Non-Aligned Movement (NAM), according to diplomatic sources.

At least 217 Palestinians have been killed, including 63 children and 36 women, and more than 1,500 others injured in Israeli attacks on the Gaza Strip since May 10, according to the Palestinian Health Ministry.

Recent tensions that started in East Jerusalem during the Muslim holy month of Ramadan spread to Gaza as a result of Israeli assaults on worshippers in the flashpoint Al-Aqsa Mosque compound and Sheikh Jarrah neighborhood.

Israel occupied East Jerusalem, where Al-Aqsa is located, during the 1967 Arab-Israeli war. It annexed the entire city in 1980 in a move never recognized by the international community.

The two diplomats also exchanged views on the latest developments in Upper Karabakh.

Relations between the two former Soviet republics of Armenia and Azerbaijan have been tense since 1991, when the Armenian military occupied Nagorno-Karabakh, also known as Upper Karabakh, a territory internationally recognized as part of Azerbaijan, and seven adjacent regions.

During the six week-conflict, which ended with a Russian-brokered truce, Azerbaijan liberated several strategic cities and nearly 300 of its settlements and villages from Armenian occupation. The two countries signed a Russian-brokered agreement on Nov. 10 to end the fighting and work toward a comprehensive resolution.

This article originally appeared in Anadolu Agency on 19 May 2021.