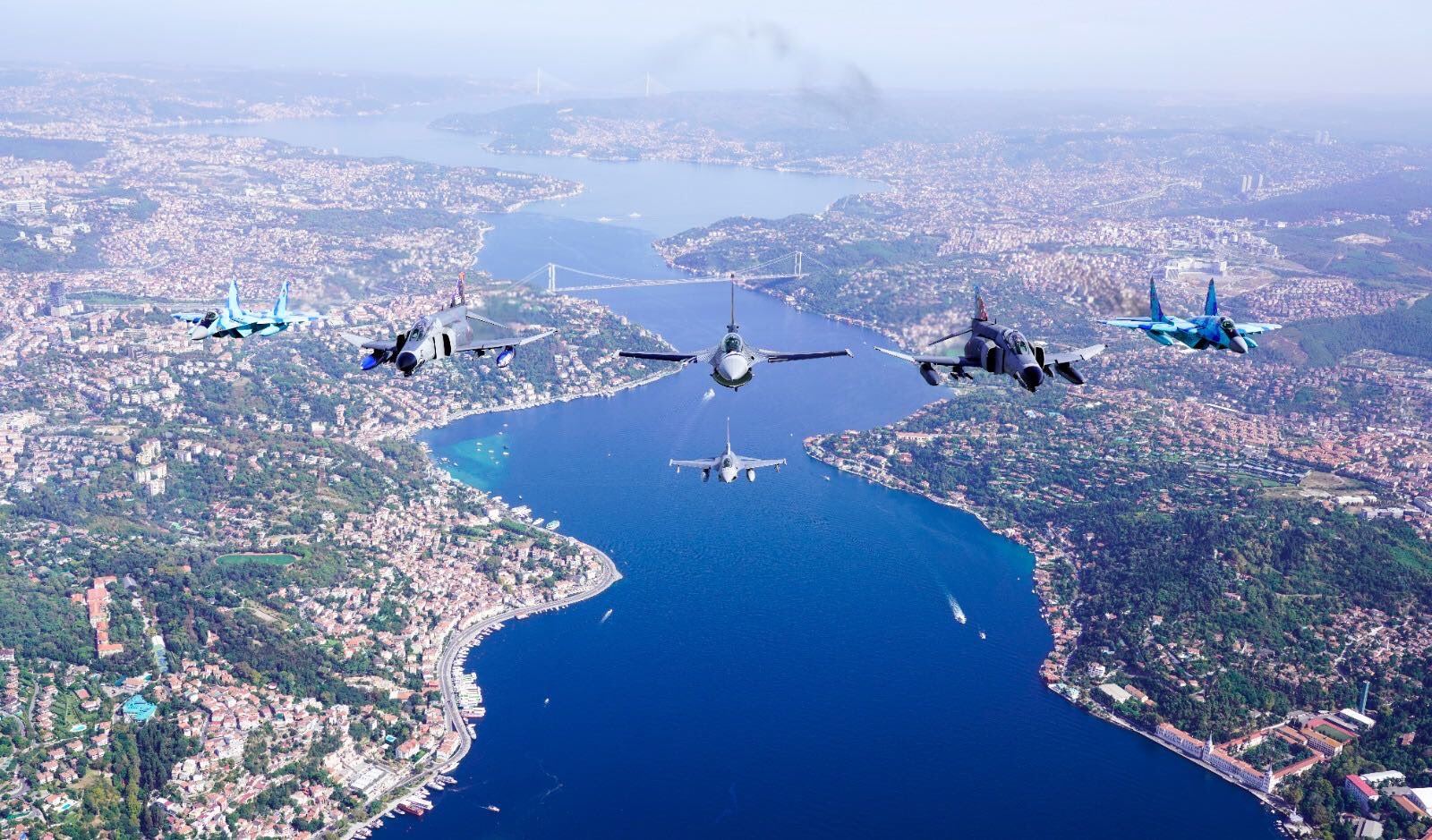 Fighter jets of the Air Forces of Azerbaijan and Turkey made a welcome flight over the Bosphorus Strait on September 21, according to Azerbaijan in Focus, reporting Trend News, citing the Turkish Ministry of National Defense.

The flight was performed by two MiG-29 fighters of the Azerbaijan Air Force, as well as F-4 and F-16 aircraft of the Turkish Air Force.

The ‘TEKNOFEST-2021’ festival of aviation and space technologies kicked off in Turkey’s Istanbul on September 21.

Military aircraft of Azerbaijan and Turkey will perform demonstration flights within the festival, which will run until September 26.