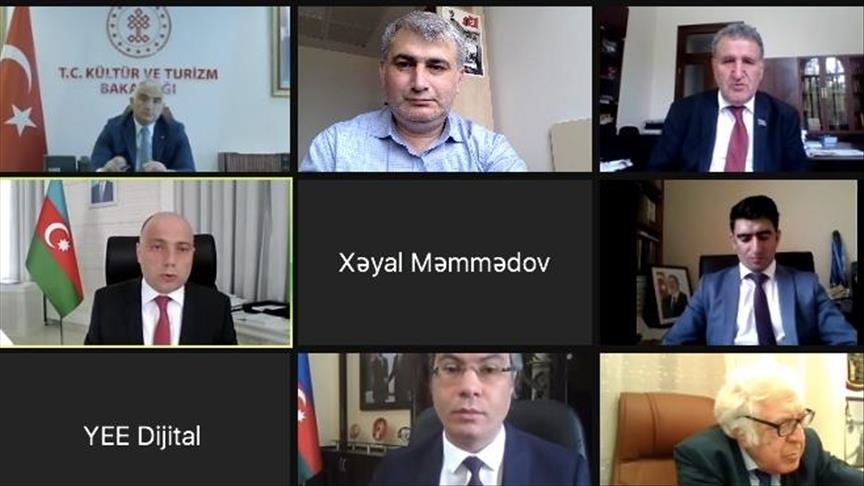 Turkish and Azerbaijani tourism ministers on Tuesday discussed the prominent Turkic-Islamic poets of the 12th and 13th centuries, such as Nizami Ganjavi and Yunus Emre and their literary contributions.

Speaking at a virtual conference organized by Turkey’s Yunus Emre Institute, Azerbaijan’s Culture Minister Anar Karimov said that like the Ottoman Empire was the “heir” of the Seljuks, Yunus Emre was the “spiritual heir” of Nizami Gencevi.

“Both (poets) represent the Turkish-Islamic renaissance that reached its peak in the 12th and 13th centuries. They are thinkers who express the feelings of not only their own people but humanity (as a whole),” he said.

Recalling Azerbaijan’s late President Heydar Aliyev’s principle of “one nation, two states,” Karimov said the lives and activities of such prominent poets proved that Azerbaijan-Turkey union has a centuries-long history not only in the political, military, and commercial fields, but also in the cultural sphere.

Seref Ates, head of the Yunus Emre Institute, said Yunus Emre promoted love to all humanity regardless of religion, language, and race.

He also underlined that the great poet of Azerbaijani literature Nizami Gencevi gave “a new voice” to world literature with his “immortal works,” adding that both poets are the two countries’ common heritage.​​​​​​​

This article originally appeared in Anadolu Agency on 25 May 2021.