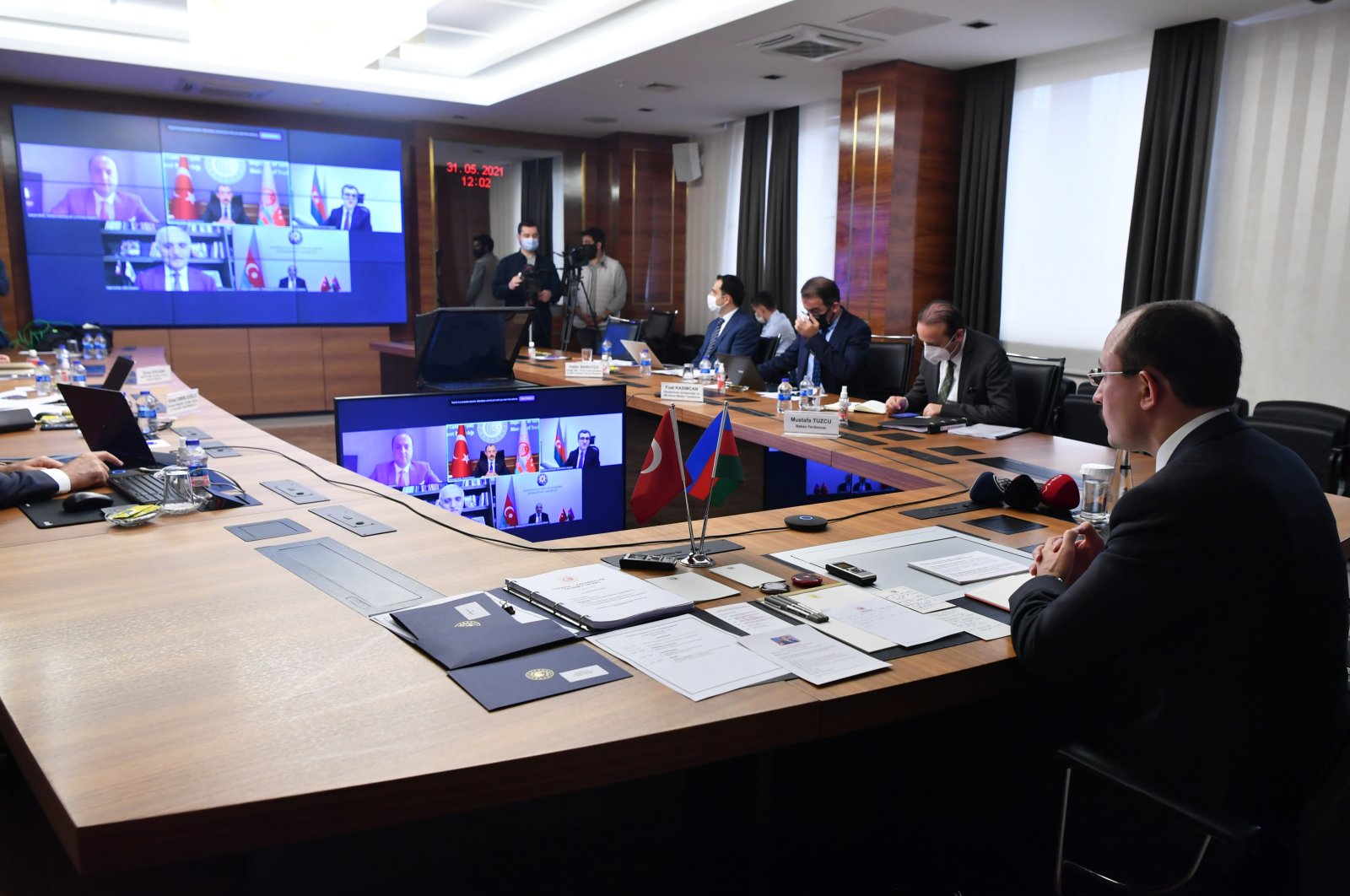 Turkey’s contractors have undertaken projects around the world, and in Azerbaijan in particular they have completed nearly 450 projects worth $15 billion (TL 127.12 billion), Muş said during the virtual Turkey-Azerbaijan Investment Forum organized by the Foreign Economic Relations Board of Turkey (DEIK).

The Nagorno-Karabakh region, which is internationally recognized as Azerbaijani territory and was occupied by Armenia in 1991, was liberated by Azerbaijan in November as part of a Russia-brokered truce following a 44-day war.

Underlining the importance of bilateral trade, Muş said Turkey and Azerbaijan aim to reach a trade volume of $15 billion.

He said Turkey and Azerbaijan’s trade rose by 5% in 2020 on an annual basis to $4.6 billion, despite the coronavirus pandemic.

Trade increased in the first four months of 2021 and the trend is expected to continue throughout the year, he added.

Muş said that studies are ongoing to expand the scope of a preferential trade agreement that came into effect on March 1.

He shared that Turkey’s investments in Azerbaijan amounted to $12 billion, while Azerbaijan’s in Turkey totaled $19.5 billion.

Azerbaijan ranked 28th among 190 countries in the Doing Business Index by the World Bank, the minister said.

“The friendship and brotherhood between Turkey and Azerbaijan are at a peak today,” he said, adding that more companies investing in each other’s countries would have a stronger impact on bilateral trade.

Jabbarov said Turkey and Azerbaijan will continue to support each other with the “one nation, two states” motto.

Nail Olpak, the president of DEIK, highlighted Azerbaijan’s new investment opportunities in the aftermath of the victory in Nagorno-Karabakh.

“We have talked with Azerbaijan about joint projects in third countries as well,” Olpak said, listing nations like Georgia and Pakistan.

Yusif Abdullayev, the acting president at the Azerbaijan Export and Investment Promotion Foundation, said the forum will be important for Azerbaijan, Turkish investors and companies.

He said an investment roadshow was planned for the beginning of 2020 but was postponed due to COVID-19. “We will present all investment developments that took place in Azerbaijan in recent years to Turkish investors.”

This article originally appeared in DAILY SABAH on 31 May 2021.