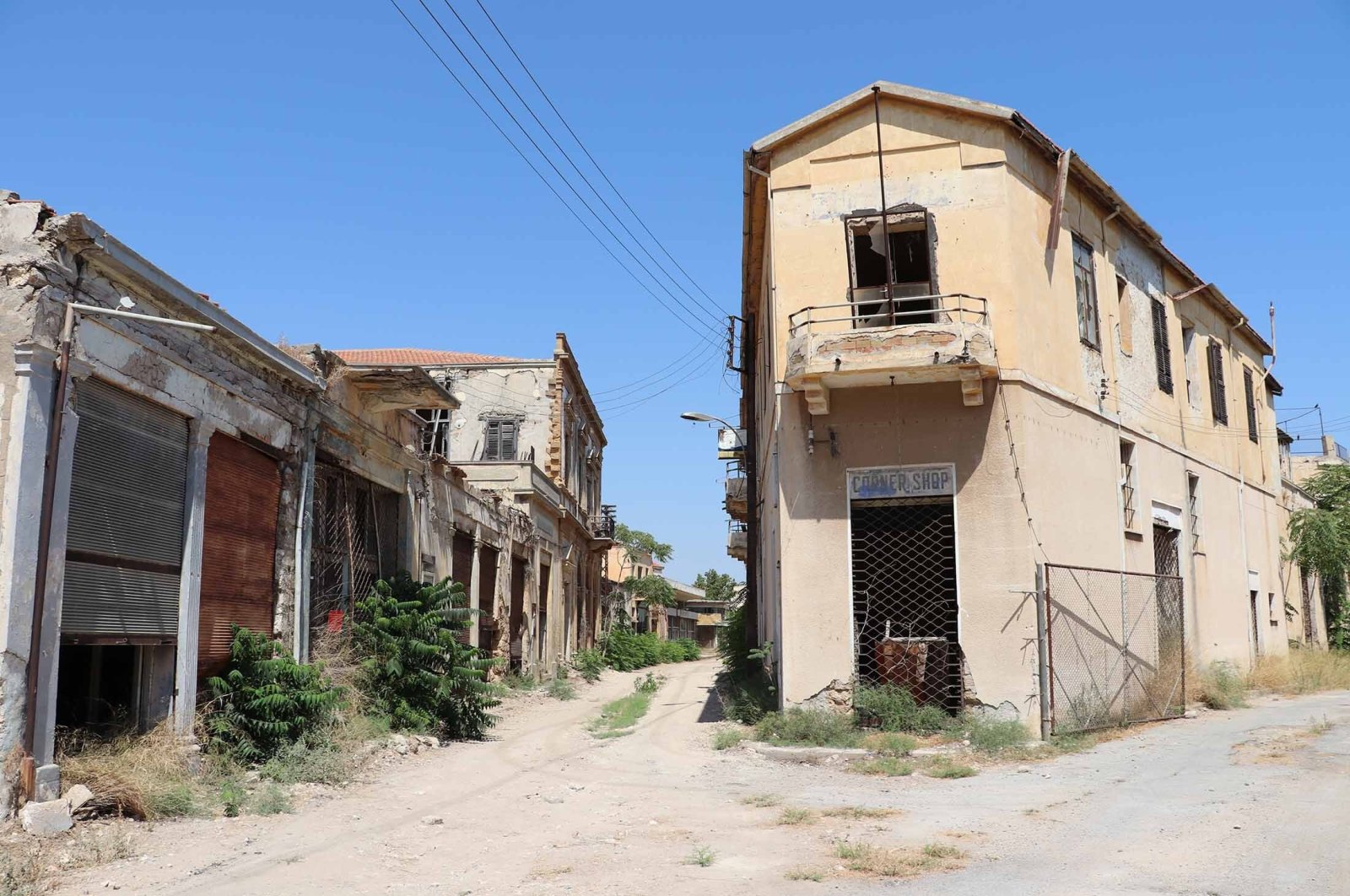 An empty street is pictured in the abandoned city of Varosha (Maraş) in the Turkish Republic of Northern Cyprus, July 26, 2021. (AA Photo)

The Turkish Republic of Northern Cyprus rejected the remarks of EU foreign policy chief Josep Borrell against the partial reopening of the Varosha (Maraş) region, saying that the abandoned city belongs to Lefkoşa.

“The EU, which ignores the existence of the Turkish Cypriot people and state, must now recognize that the closed city of Maraş is the territory of the TRNC and the steps taken in Maras are being taken by the TRNC state and government,” the TRNC Foreign Ministry said in a statement.

Reminding that the TRNC did not take any steps regarding Maraş until recently to provide an opportunity for an agreement to be reached on the island, the ministry said the rejection of all agreement opportunities by the Greek Cypriots for more than 50 years spent at the negotiating table made it necessary to take steps regarding the issue that has become a symbol of the status quo on the island.

“While the EU claims that it wants a deal to be reached on the island, on the other hand, it ignores the existence of one side on the island and shows an unjust approach that glorifies the other,” it added.

In 2004 referendums on both sides of the island, Greek Cypriots rejected the U.N. plan to resolve the island’s issues while the Turkish Cypriots accepted it. Turkey says the EU broke promises it made before the vote, including lifting the blockade from Turkish Cyprus.

Earlier in a statement, using the Greek name for Maraş, Borrell said: “The European Union strongly condemns Turkey’s unilateral steps and the unacceptable announcements made by the Turkish President and the leader of the Turkish Cypriot community on 20 July 2021 on the further reopening of the fenced-off town of Varosha.”

Maraş was partially reopened to the public last October after being a “ghost town” since 1974.

It was abandoned after a 1984 U.N. Security Council resolution saying that only its original inhabitants can resettle the town.

Entry into the town located in Northern Cyprus was prohibited except for Turkish army personnel stationed in the TRNC.

The move comes on the heels of last week’s ceremonies marking the 47th anniversary of Turkey’s Peace Operation.

Cyprus has been mired in a decadeslong dispute between Greek and Turkish Cypriots, despite a series of diplomatic efforts by the U.N to achieve a comprehensive settlement.

Ethnic attacks starting in the early 1960s forced Turkish Cypriots to withdraw into enclaves for their safety.

In 1974, a Greek Cypriot coup aimed at Greece’s annexation led to Turkey’s military intervention as a guarantor power to protect Turkish Cypriots from persecution and violence. As a result, the TRNC was founded in 1983.

It has seen an on-and-off peace process in recent years, including a failed 2017 initiative in Switzerland under the auspices of guarantor countries Turkey, Greece, and the U.K.

The Greek Cypriot administration entered the EU in 2004, the same year Greek Cypriots thwarted the U.N.’s Annan plan to end the longstanding dispute.

This article originally appeared in DAILY SABAH on 28 July 2021.