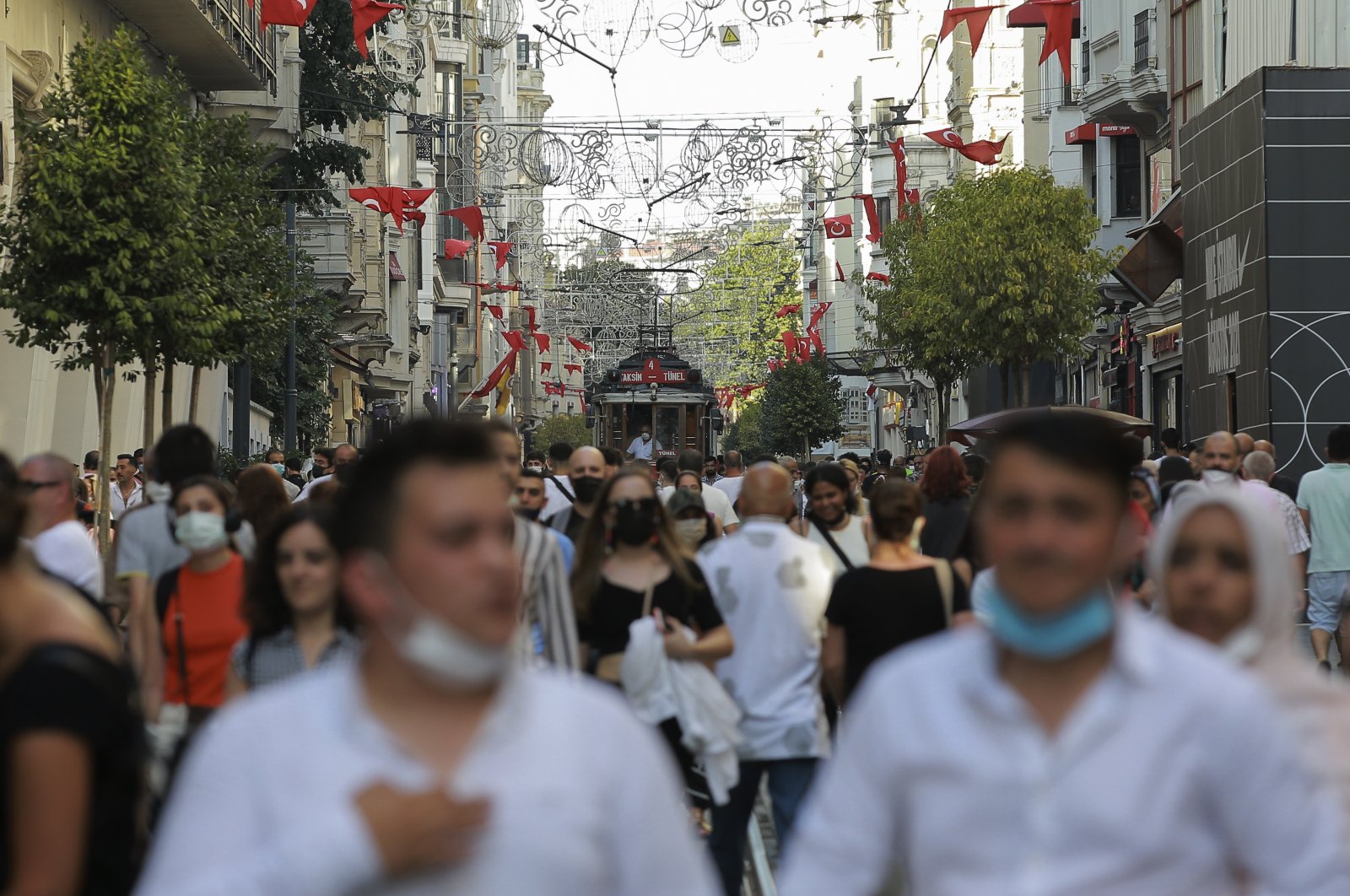 Turkey’s economy rebounded powerfully in the second quarter to grow at a record pace after a sharp slowdown a year earlier caused by COVID-19 restrictions, official data showed Wednesday.

The gross domestic product (GDP) grew a massive 21.7% year-on-year in the April-June period, the Turkish Statistical Institute (TurkStat) said, marking the highest level in data that goes back to 1999.

The economy expanded 0.9% compared to the previous quarter on a seasonally and calendar-adjusted basis, the data showed.

The first-quarter growth was revised to 7.2% from an initial 7%.

The economy grew 1.8% last year, despite a 10.4% plunge in the second quarter, one of only a few globally to avoid an annual contraction amid the initial pandemic fallout.

But manufacturing and the broader economy were largely unaffected by the measures, which were completely lifted in June.

Growth in the second quarter was led by services, which expanded 45.8% annually, followed by industry growth of 40.5% and information and communication sector expansion of 25.3%.

Slower growth was displayed by the real estate sector, which expanded 3.7%, construction at 3.1% and agriculture at 2.3%.

The second-quarter data came in parallel to market expectations. Treasury and Finance Minister Lütfi Elvan said in June that the annual growth rate could surpass 20%.

Bloomberg surveys expected a 21% growth from a year earlier and 1% from the first quarter. Forecasts in an Anadolu Agency (AA) survey were for a 21.8% growth and more than 8% for the whole year.

The government officially forecasts 5.8% growth this year, though Elvan said it could top 8% annually with a robust April-June performance.

This article originally appeared in DAILY SABAH on 01 Sep 2021.