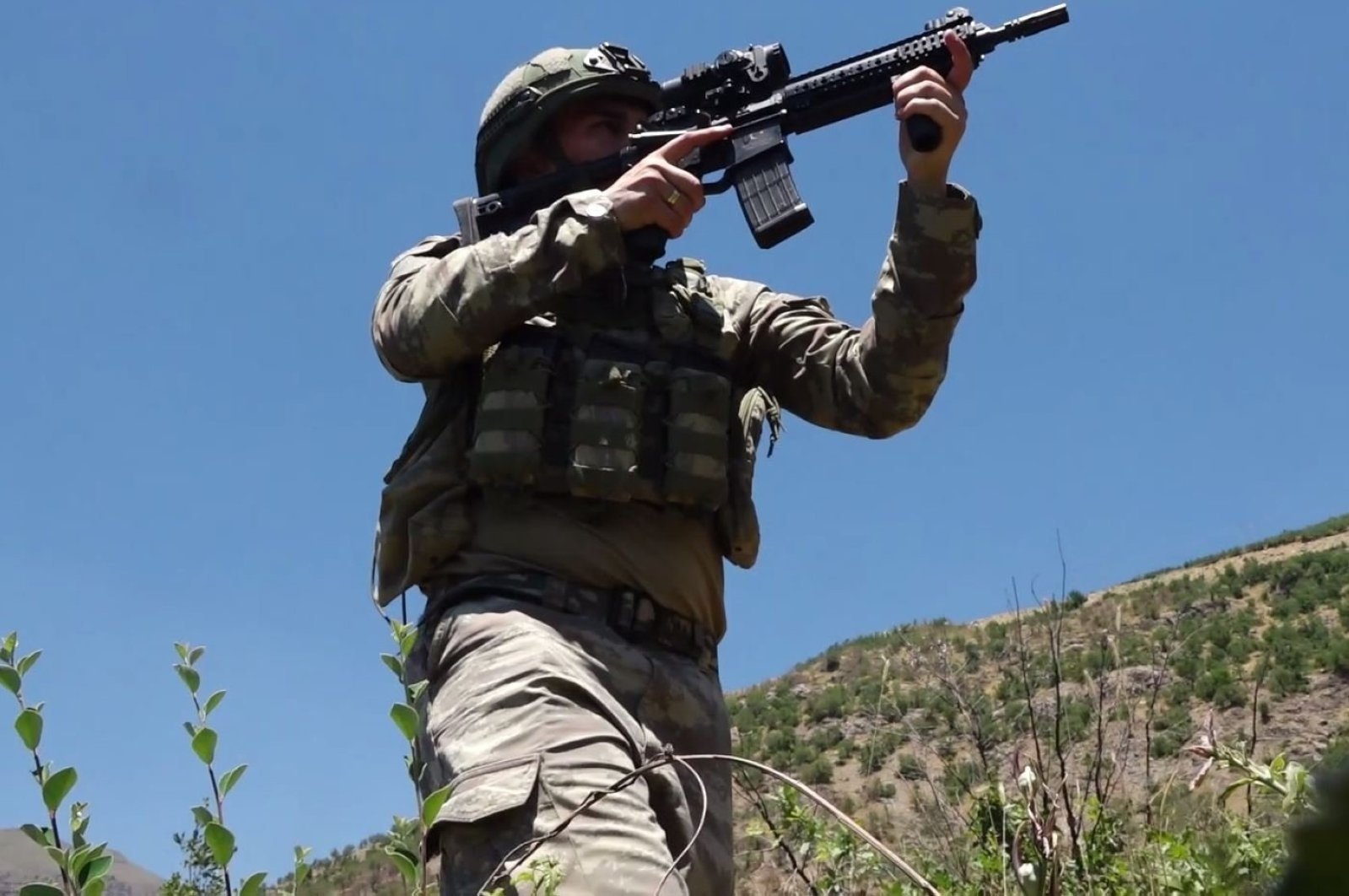 A Turkish soldier holds a gun in this undated photo, in an undisclosed location. (DHA Photo)

Erdoğan said Turkey would not allow the “treacherous and separatist organization” to use Iraq’s Makhmour district as an “incubation center” for terrorism.

“We will continue to eradicate terrorism at its source,” he stressed.

According to a security source, two more terrorists were neutralized in the operation.

Bozkır was wanted by the MIT as he acted as the ringleader of the site, portrayed as a refugee camp but actually serving as a recruitment and training area for the PKK.

Before he was sent to Makhmour, Bozkır managed the flow of illicit funds for the terrorist group in northern Iraq. Then he became a senior figure in Makhmour as the PKK was cornered by Turkish operations in Qandil.

Turkish intelligence found out that the camp was as important as Qandil for the PKK terrorists and that they were recruiting and training members for their activities under the disguise of the camp.

Ankara has reportedly prepared a comprehensive plan to clear the Makhmour camp of the terrorists, which has become one of seven logistic bases for the terrorists along the Qandil-Sinjar line and has lost its humanitarian aspect. Negotiations between Ankara and Baghdad are expected to start in mid-February.

The Makhmour camp was established by the U.N. and Iraq for refugees who were forced to leave Turkey by the PKK in 1994. According to the U.N. High Commissioner for Refugees (UNCHR), the refugees “first stayed in Atroush camp near the Turkish border, then split into two groups in 1997. Between 4,000 and 5,000 refugees moved to local settlements in the governorate of Dahuk and Irbil. A larger group relocated to the Makhmour camp, which today looks like a small town with mud-brick houses and several shops selling food.”

The people in the camp have been struggling to live while bowing down to the pressure of the terrorist group, which turned the region into a military headquarters. Control of Mosul’s Makhmour district was taken by Peshmerga forces after the Daesh assaults. Today, 12,000 people live in Makhmour camp awaiting the end of the pressure imposed by the outlawed PKK.

This article originally appeared in DAILY SABAH on 06 June 2021.