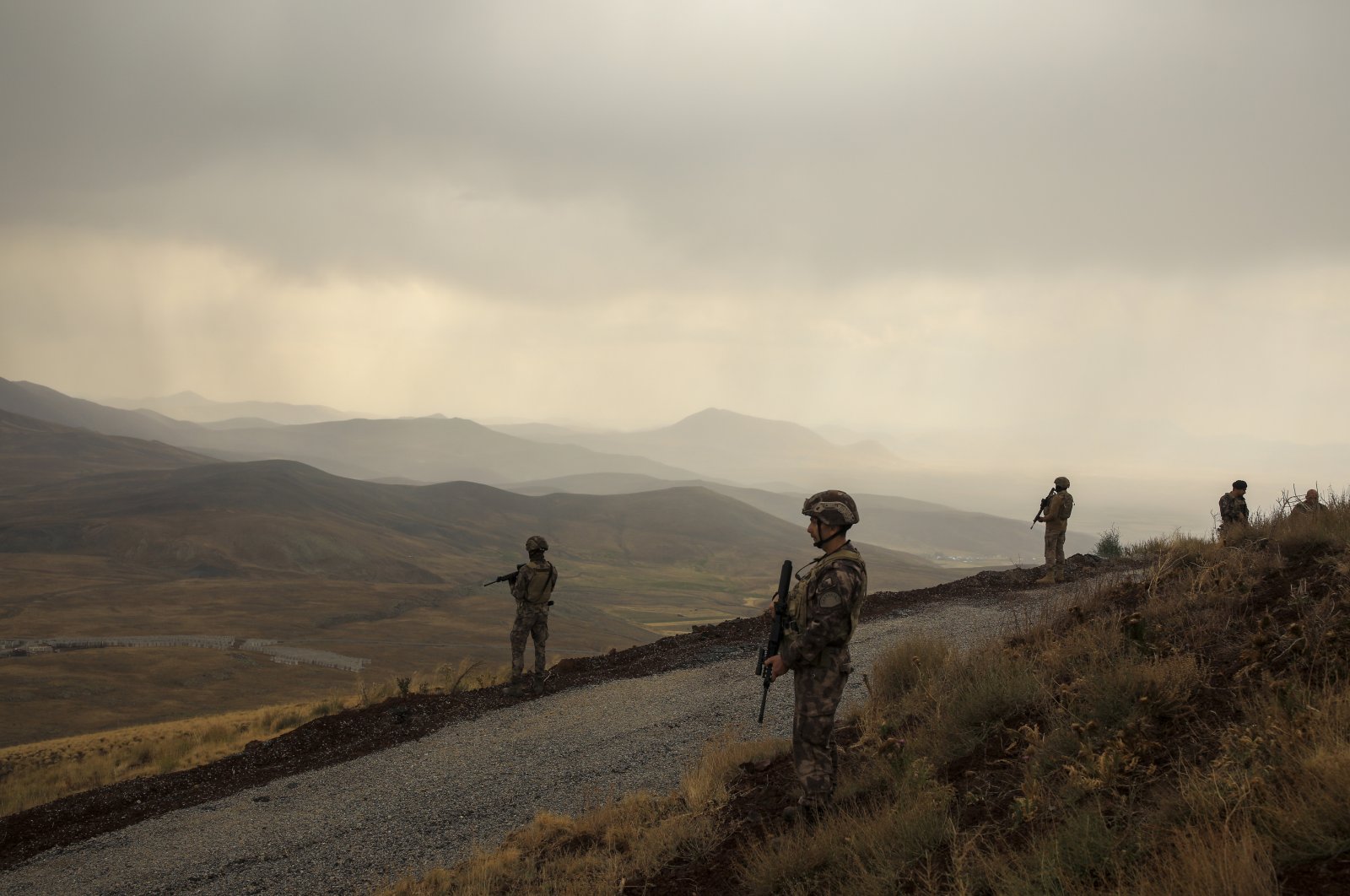 Turkey is continuing efforts to bolster the security of its border with Iran to prevent any new migrant wave in the face of the recent developments in Afghanistan.

The beefed-up border measures in Turkey, which already hosts nearly 4 million Syrian refugees and is a staging post for many migrants trying to reach Europe, began as the Taliban started advancing in Afghanistan and took over Kabul last week.

Authorities plan to add another 64 kilometers (40 miles) by the end of the year to a border wall started in 2017. Ditches, wire and security patrols around the clock will cover the rest of the 560-kilometer frontier.

“We want to show the whole world that our borders are unpassable,” Mehmet Emin Bilmez, governor of the eastern border province of Van, told Reuters during the weekend. “Our biggest hope is that there is no migrant wave from Afghanistan.”

Turkey is not the only country putting up barriers: Its neighbor Greece has just completed a 40-kilometer fence and surveillance system to keep out migrants who still manage to enter Turkey and try to reach the European Union.

Authorities say there are 182,000 registered Afghan migrants in Turkey and up to an estimated 120,000 unregistered ones. President Recep Tayyip Erdoğan urged European countries to take responsibility for any new influx, warning that Turkey had no intention of becoming “Europe’s migrant storage unit.”

The number of irregular Afghan migrants detained in Turkey so far this year is less than a fifth of the number detained in 2019, and officials say they have not yet seen signs of a major surge since last week’s Taliban victory, though the long distances mean refugees could take weeks to arrive.

The Turkish side of the mountainous border with Iran is lined by bases and watchtowers. Patrol cars monitor around the clock for movement on the Iranian side, from where migrants, smugglers and terrorists frequently try to cross into Turkey.

Migrants who are spotted getting through at the border are returned to the Iranian side, though most return and try again, according to security forces.

“No matter how many high-level measures you take, there may be those who evade them from time to time,” Bilmez said.

Roads leading from the border are lined with checkpoints. Migrants who make it through are hidden by smugglers in houses – often dirty, ramshackle buildings underground or in deep dried riverbeds – waiting to be moved to western Turkey.

“We thought we will have facilities here, we will earn to support our parents. There, there are Taliban to kill us,” said 20-year-old Zaynullah, one of those detained. He said he arrived in Turkey two days earlier after traveling on foot for 80 days.

Those captured are taken for health and security checks at a processing center. There Seyyed Fahim Mousavi, a 26-year-old, said he fled his home in Kabul a month ago, before the Taliban came, fearing they would kill him because he had worked as a driver for the Americans and Turks.

His 22-year-old wife, Morsal, said they took the journey through Iran mostly on foot to escape the Taliban.

“They harm women. After raping them, they kill them. They behead the men,” she said, holding her two children, aged 2 and 5. “We don’t want to go back. Just let us stay here.”

After processing, migrants are taken to a repatriation center, where they can spend up to 12 months before being sent back to their home country. Repatriations have been halted for Afghans now, leaving around 7,500 Afghans in limbo in various repatriation centers.

Ramazan Seçilmiş, deputy head of the migration directorate, said his organization was working to identify those who need protection from the Taliban to relocate them to third countries.

“Those who need protection need to be separated from those who come to our country due to economic reasons. We cannot deport anyone automatically just because they have Afghan nationality,” he said.

This article originally appeared in DAILY SABAH on 23 August 2021.