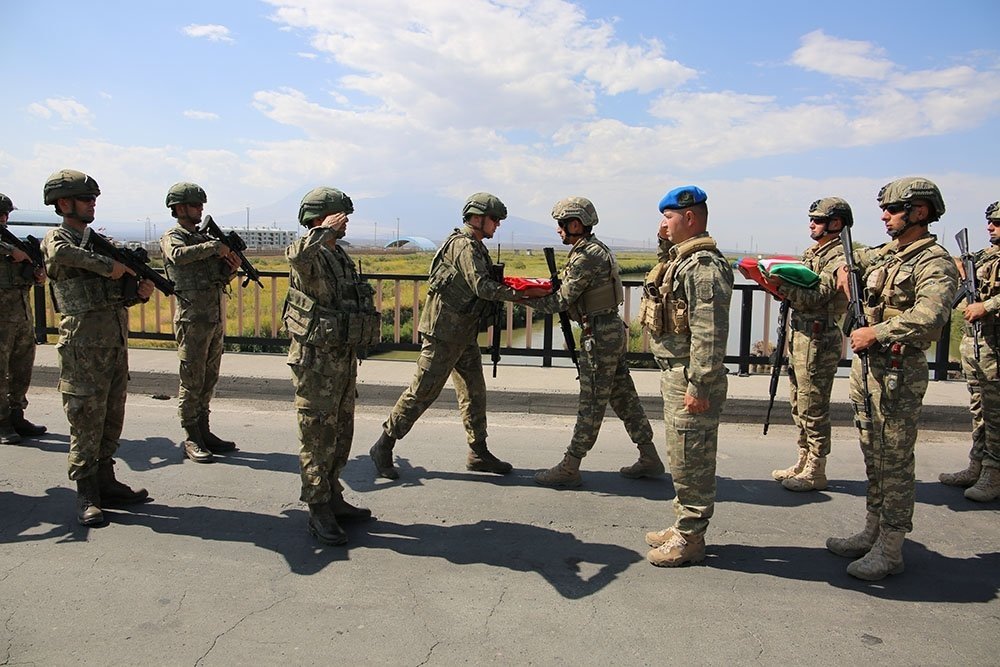 Parliament late Wednesday extended the deployment of Turkish troops to Azerbaijan to ensure peace and stability in the region.

The ruling Justice and Development Party (AK Party) and its partner in the People’s Alliance, the Nationalist Movement Party (MHP), voted in the mandate’s favor, as did the main opposition Republican People’s Party (CHP) and the Good Party (IP).

The mandate to send troops to Azerbaijan was accepted on Nov. 17, 2020.

The Turkish Grand National Assembly approved the deployment of the Turkish Armed Forces (TSK) for a period of one year to foreign countries to fulfill commitments stemming from the provisions of the Strategic Partnership and Mutual Assistance Agreement between Turkey and Azerbaijan. They will work towards establishing a cease-fire, preventing violations, and ensuring peace and stability while carrying out duties at the joint center.

Turkey threw its support behind Azerbaijan, whose Nagorno-Karabakh region had remained under illegal Armenian occupation for nearly three decades before finally being liberated last November.

During a 44-day conflict last year, which ended in a truce on Nov. 10, 2020, Azerbaijan liberated several cities and nearly 300 settlements and villages in Nagorno-Karabakh from Armenia’s illegal occupation.

On Nov. 10, the two countries signed a Russia-brokered deal to end fighting and work toward a comprehensive solution.

This article originally appeared in DAILY SABAH on 10 Nov 2021.