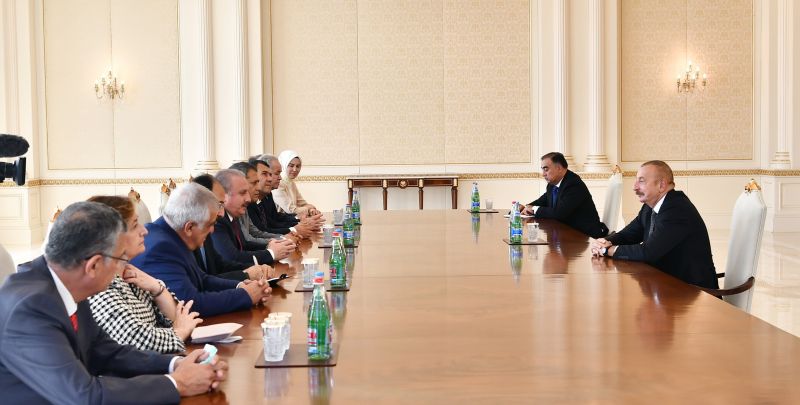 On July 27, President of Azerbaijan Ilham Aliyev received a delegation headed by the Speaker of the Great National Assembly of Turkey Mustafa Shentop, according to Azerbaijan in Focus, reporting Turan News.

It was noted that the visit of the Speaker of the Turkish Parliament is sure to strengthen the relations between Azerbaijan and Turkey.

As for the upcoming visit of the Shentop-led delegation to Shusha, it was stressed that the Shusha declaration previously signed by the Presidents of Azerbaijan and Turkey raises bilateral cooperation to a higher level.
Noting the importance of the first trilateral meeting of the Speakers of the Parliament of Azerbaijan, Turkey and Pakistan to be held in Baku, Aliyev and Shentop called it a demonstration of the unity of the three countries.