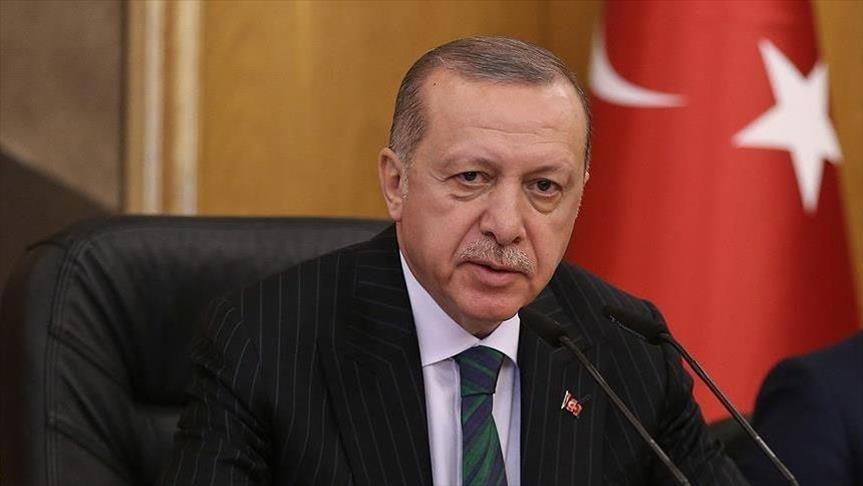 Azerbaijan observes Sept. 27 as special day to remember start of last year’s conflict from which Baku came out victorious

The Turkish president on Monday marked Azerbaijan’s Remembrance Day to call up the start of the 2020 conflict which ended with Baku’s victory.

“I remember all our martyrs with mercy on the anniversary of the glorious struggle that liberated Karabakh and the occupied Azerbaijani lands. Karabakh is Azerbaijan,” Recep Tayyip Erdogan said on Twitter.

According to a statement by the Directorate of Communications, Erdogan called Azerbaijani President Ilham Aliyev to convey his condolences for the fallen Azerbaijani soldiers and civilians during the war and congratulated Azerbaijan’s victory.

Erdogan stated that Turkey will continue to stand by brotherly Azerbaijan, both as a state and as a nation, the statement added.

“President Ilham Aliyev thanked the Turkish leader and praised the political and moral support provided by the Turkish President to our country during the Great Patriotic War,” according to a statement from the Azerbaijani presidency.

“The heads of state expressed confidence that friendly and fraternal relations between Azerbaijan and Turkey would continue to develop and strengthen in all directions,” it added.

Azerbaijan is observing Sept. 27 as the Remembrance Day to mark the start of last year’s conflict that ended with Baku regaining swaths of territory occupied by Armenia for nearly three decades.

Relations between the former Soviet republics of Azerbaijan and Armenia have been tense since 1991, when the Armenian military occupied Nagorno-Karabakh, also known as Upper Karabakh, a territory internationally recognized as part of Azerbaijan, and seven adjacent regions.

During the 44-day conflict, Azerbaijan liberated several cities and nearly 300 settlements and villages from the nearly three-decade occupation.

On Nov. 10, 2020, the two countries signed a Russian-brokered agreement to end the fighting and work toward a comprehensive resolution.

On Jan. 11, the leaders of Russia, Azerbaijan, and Armenia signed a pact to develop economic ties and infrastructure to benefit the entire region. It included the establishment of a trilateral working group on Karabakh.

Prior to this victory, about 20% of Azerbaijan’s territory had been under illegal occupation for nearly 30 years.