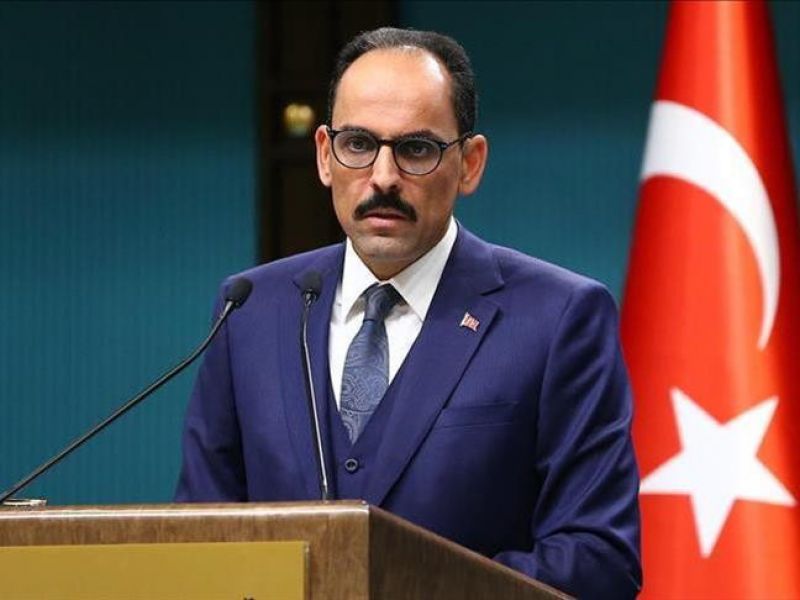 Turkish President’s Press Secretary: Turkish Military Must Be in Karabakh

‘Azerbaijan in Focus’ reporting Turan News, states that Ibrahim Kalyn, Press Secretary of Turkish President Erdogan commented upon the discontent of certain Western circles with the introduction of Russian peacekeepers into Nagorno-Karabakh. Speaking on Turkish channel NTV, he said: “Those who express dissatisfaction with the presence of the Russian military in Karabakh, for some reason, keep silent about the presence of a Russian base in Armenia. If you are really unhappy with the Russian troops in the Caucasus, then demand the withdrawal of the Russian base from Armenia. But you don’t have the strength to do that!”

Mr Kalyn recalled that, when the US initiated an agreement on a ceasefire in the Nagorno-Karabakh conflict zone, Ankara supported this idea, but the agreement was thwarted, and the same situation applied to French attempts. He expanded: “Neither NATO, nor the EU, actually came up with a concrete and realisable proposal on Karabakh, whilst Moscow and Ankara were able to reach an understanding on the settlement of this almost 30-year-old conflict.”

According to Mr Kalyn, negotiations with Russia on the functioning of the Joint Monitoring Centre for Karabakh continue. “The first stage of the dialogue is over. The Russian side was informed about Ankara’s position. Now, members of the Russian delegation will receive instructions from the Kremlin. Representatives of the Turkish Defence Ministry, Foreign Ministry and Special Services are participating in the dialogue. In the coming days, the place and principles of the Centre will be determined. Responsibilities will be carefully defined. One way or another, Turkish servicemen will be in the centre of Karabakh.”

He noted that the normalisation of the situation in the region is primarily in the interests of Armenia itself. At the same time, Kalyn described maintenance of the transportation corridor between Nakhchivan and the remainder of Azerbaijan as no less important than the liberation of the Azerbaijani lands occupied by Armenia.