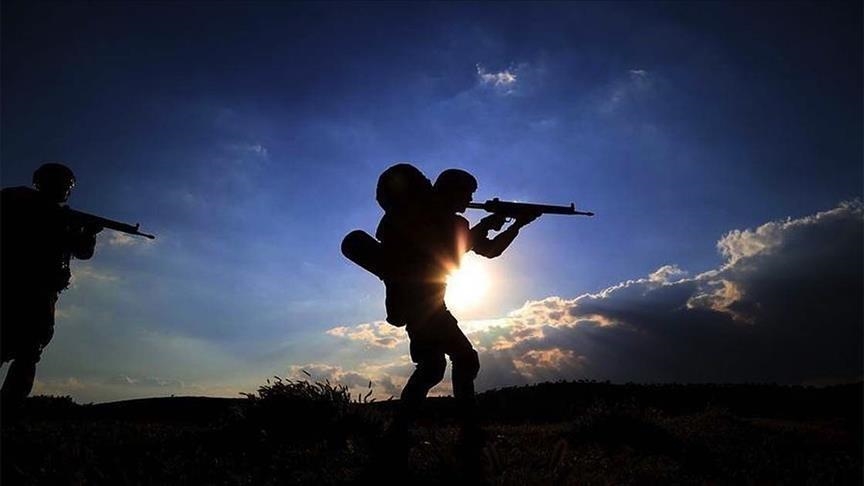 Since March 1, a total of 231 YPG/PKK, Daesh/ISIS and FETO terrorists have been neutralized in domestic and cross-border operations, Turkey’s National Defense Ministry announced on Friday.

The Turkish Armed Forces will continue to fight terrorism with determination for the sake of the country and nation, ministry spokeswoman Maj. Pinar Kara told a news briefing.

As many as 5,867 people were caught and 19,722 prevented from illegally crossing Turkey’s borders since March 1, she said.

Among these individuals were 15 terrorists, including five members of the Fetullah Terrorist Organization (FETO), the group behind the 2016 defeated coup in Turkey, Kara said.

Along these lines, 183 terrorists, including Daesh/ISIS terror group members in Syria, were neutralized in March by “heroic” commandos, Kara added.

Turkish authorities use the term “neutralize” to imply the terrorists in question surrendered or were killed or captured.

In its more than 35-year terror campaign against Turkey, the PKK – listed as a terrorist organization by Turkey, the US, and the European Union – has been responsible for the deaths of at least 40,000 people, including women, children, and infants.

In its fight against Daesh/ISIS, Turkey became one of the first countries to declare it a terrorist group in 2013.

All measures taken for our troops’ safety

“In Syria, attacks have recently been carried out in areas where peace and security are provided by the Turkish Armed Forces,” Kara said, referring to border areas of northern Syria which Turkey worked to rid of terrorist elements.

“Ballistic missiles fired by the [Assad] regime and its supporters on March 4 and 15 targeted civilian settlements and parking spots of fuel tankers in Jarablus and al-Bab in northern Syria,” she added.

Kara added that one civilian was killed and 41 injured in those attacks.

A March 21 Assad regime artillery attack targeted a hospital in the town of al-Atarib in the Idlib province, which falls within a Turkish-Russian de-escalation zone, killing five innocent civilians including a child and injuring 10, she said.

The regime and its supporters that targeted the hospital also attacked oil facilities in a residential area of Bab El-Hava, and a prison of local law enforcement officers and police headquarters, killing one civilian and injuring two, and also damaging local buildings and vehicles, Kara said.

Kara added that the Russian Federation was contacted to help terminate the attacks in question, and a large number of terrorists was also neutralized.

“All necessary measures are being taken for the safety of our troops,” Kara said.

In a phone conversation on Thursday, the Turkish and Russian defense ministers discussed violations of the cease-fire in Syria, and they agreed to take measures to address these, Kara said.

On developments in Azerbaijan, Kara said that a total of 17,865 square meters (192,300 square feet) of land in the region had been cleared of mines to support the brotherly Azerbaijan army in regions liberated from Armenian occupation, adding that training in mine-clearing is ongoing.

Noting that Turkish forces continue giving training in five centers in Libya to establish the country’s regular army and bring its troops up to international standards, Kara said that 4,407 mines were also destroyed in Libya.

On the fight against FETO, Kara said Turkey’s National Defense Ministry continues to fight decisively in light of new information, documents, and data, with the same sensitivity and criteria as all its units.

A total of 21,494 personnel with links to FETO have been dismissed since the 2016 defeated coup, Kara added.

FETO and its US-based leader Fetullah Gulen orchestrated the defeated coup of July 15, 2016, in which 251 people were martyred and 2,734 injured, and is also accused of infiltrating institutions such as the military in order to overthrow the state.