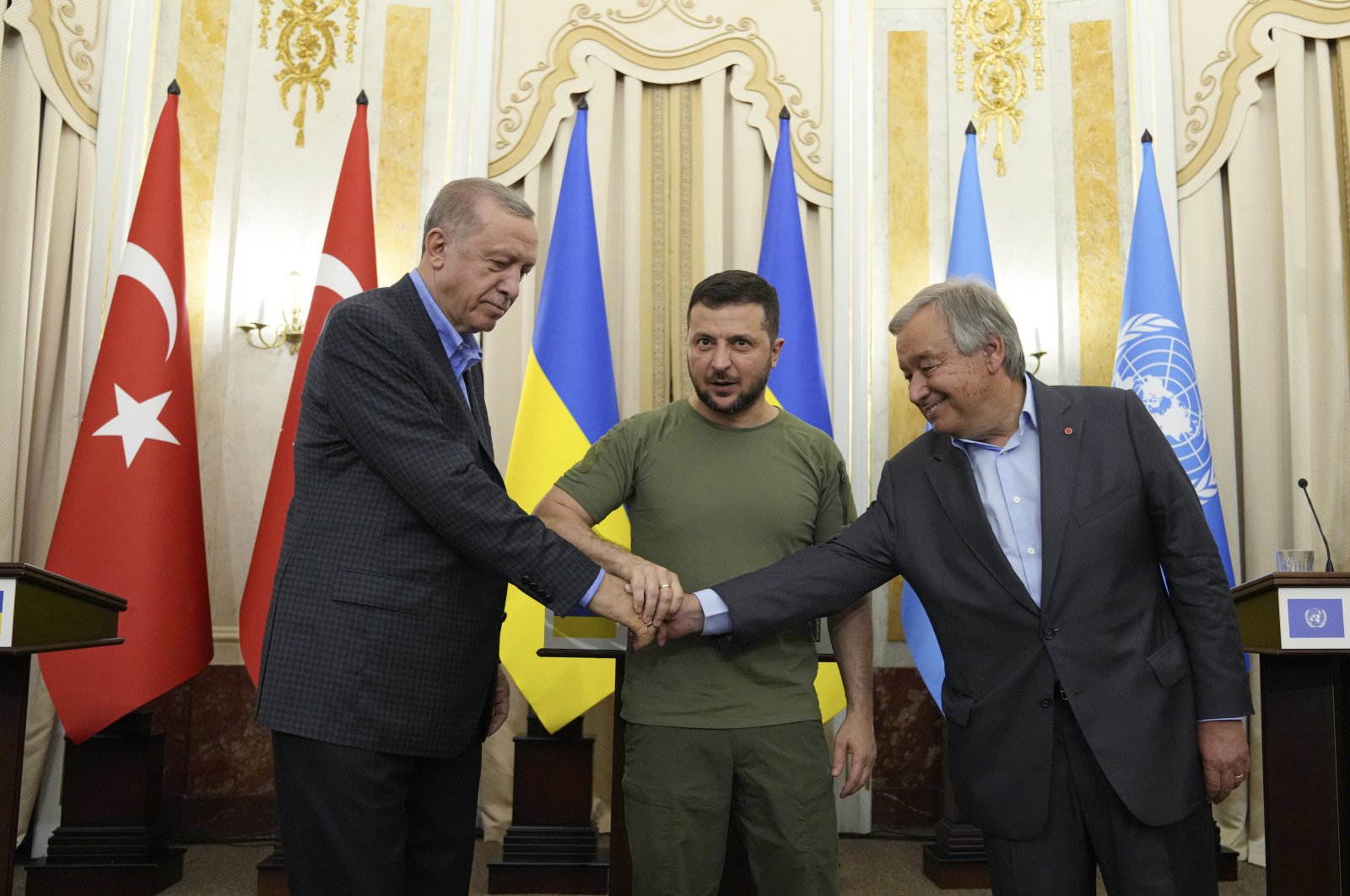 Türkiye stands with Ukraine, Erdoğan says after talks in Lviv

“While continuing our efforts to find a solution (to the conflict), we remain on the side of our Ukraine friends,” the president said.

Erdoğan met his Ukrainian counterpart two weeks after flying to Sochi for talks with Russian President Vladimir Putin during which the two sides pledged to boost economic cooperation.

He noted that Ankara would continue to evaluate the outcome of Thursday’s meetings with his Russian counterpart and the Russian side.

His talks with Zelensky and visiting U.N. chief Antonio Guterres — both men’s first since Russia’s February invasion — came with global alarm rising about fighting that has raged around Ukraine’s Zaporizhzhia nuclear power plant.

The Russian-held facility has been experiencing days of shelling.

“We are worried. We do not want another Chernobyl,” said the president.

He also noted that they discussed the exchange of prisoners of war and the initiatives in this regard.

“We will continue to talk about that with Mr. Putin,” he said.

“During our trilateral meeting, we also evaluated the possibilities of transforming the positive atmosphere created by the Istanbul agreement into a permanent peace,” Erdoğan said.

He noted that the deal has successfully benefited more than just Ukraine.

“Not only Ukraine, but the whole world has begun feeling positive effects of historic Istanbul deal to resume Ukrainian grain exports,” he said.

Last month, Türkiye and the U.N. helped broker an agreement clearing the way for Ukraine to export 22 million tons of corn and other grain stuck in its Black Sea ports since Russia invaded on February 24. A separate memorandum between Russia and the U.N. aimed to clear roadblocks to shipments of Russian food and fertilizer to world markets.

Since August 1, approximately 625,000 tons of Ukrainian grain to world markets were delivered through 25 ships, according to Erdoğan.

The president also said the war will eventually end at negotiating table, which he said is a view shared by Zelenskyy and Guterres.

But he said international efforts were necessary in this regard and that the international community must take more responsibility for such diplomatic efforts.