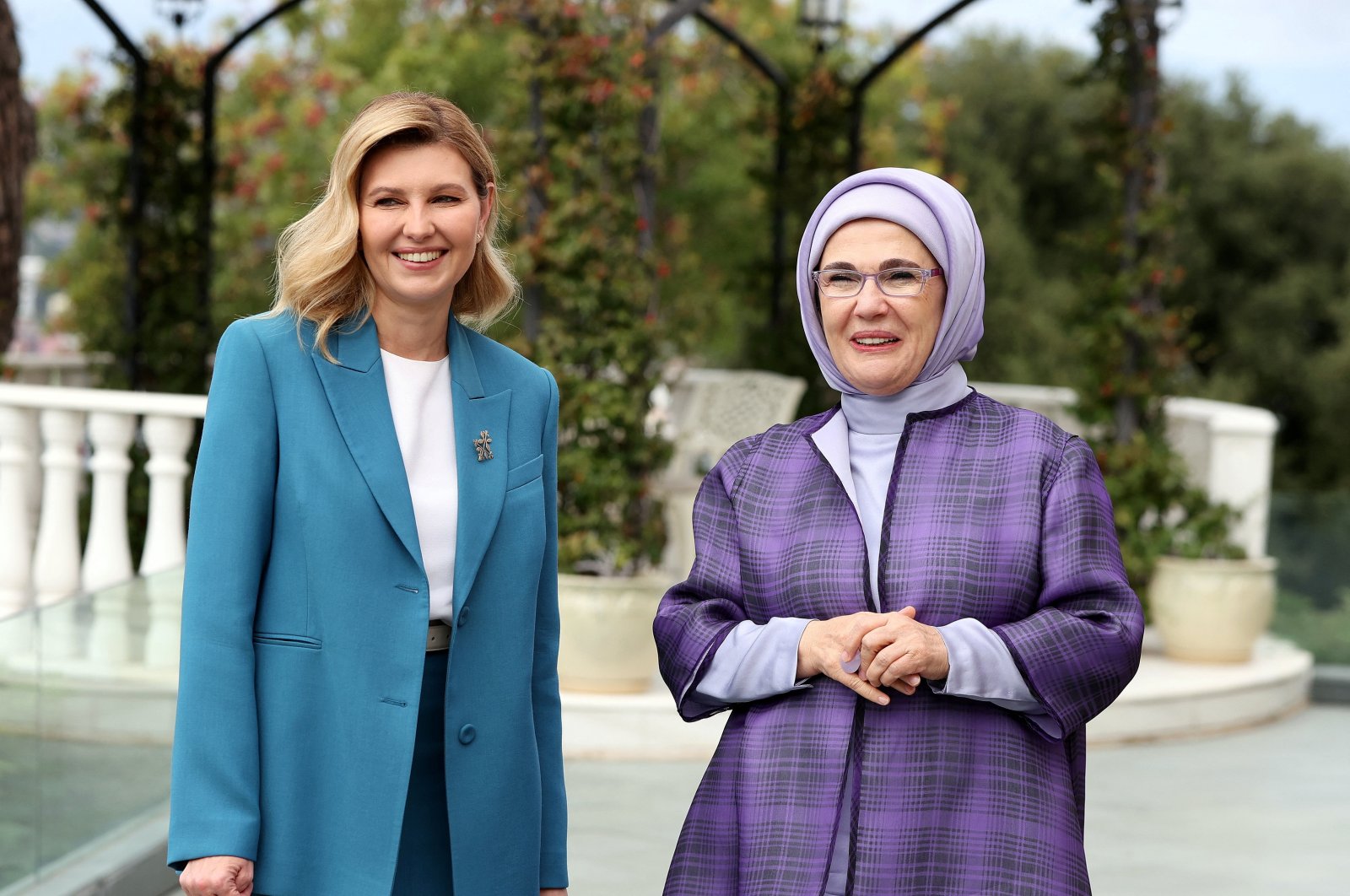 First lady Emine Erdoğan hosted her Ukrainian counterpart, Olena Zelenska, in Istanbul on Sunday and discussed Ankara’s efforts for peace as well as the situation of orphaned Ukrainian children, according to Azerbaijan in Focus, reporting Daily Sabah.

“Was glad to meet the First Lady Emine Erdoğan in Turkey. Discussed the future evacuation here of orphanages from Odesa,” Zelenska wrote on Twitter.

“I was happy to host my dear friend Olena Zelenska, the wife of the President of Ukraine, in Istanbul,” Erdoğan said on Twitter for her part.

On the victims of war in Ukraine, Erdoğan said, “I believe that together we will heal the wounds of the Ukrainian people, particularly women and children who are victims of war.”

She also said that Ankara would maintain its longtime diplomatic efforts for peace.

During her visit, Zelenska gave information about the latest developments in Ukraine, as well as the work of the Olena Zelenska Foundation.

Expressing her thanks for Türkiye’s hosting of 1,300 orphaned Ukrainian children, Zelenska asked that the country also take in 200 children with special needs and assist in their evacuation.

The first lady of Ukraine also noted the strong leadership and diplomatic skills of President Recep Tayyip Erdoğan in securing the Black Sea maritime corridor for Ukraine to export its grain to the rest of the world, as well as a recent prisoner swap between Moscow and Kyiv.

She added that the grain corridor in particular saved the world from a major food crisis.

Türkiye, the United Nations, Russia and Ukraine signed an agreement on July 22 in Istanbul to resume grain exports from three Ukrainian Black Sea ports, which were paused after the Russia-Ukraine war began in February. The Joint Coordination Centre (JCC) with officials from the three countries and the U.N. has been set up in Istanbul to oversee the shipments.

Pointing out the rise in health care needs due to the war with Russia, Zelenska also asked Emine Erdoğan for support in supplying ambulances and baby incubators.