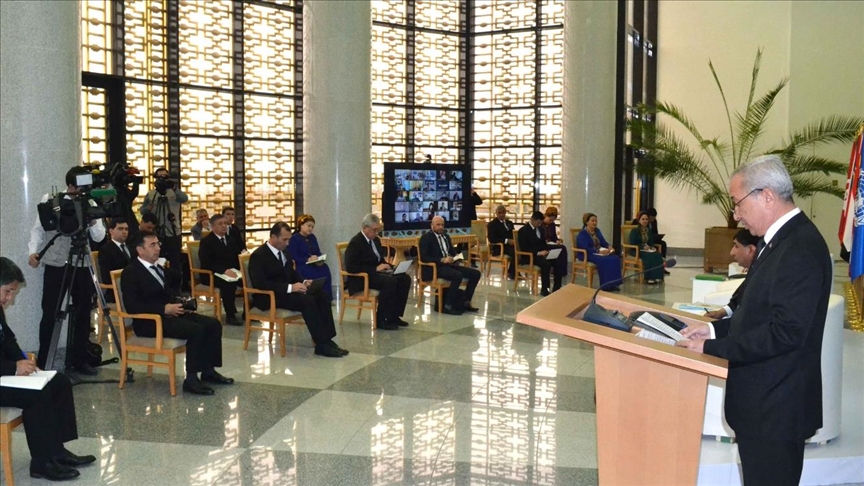 Turkmenistan on Wednesday hosted an online press conference dedicated to the importance of peace and trust in the modern world.

The meeting chaired at the Foreign Ministry building in the capital Ashgabat amid the 30th anniversary of Turkmenistan’s independence gathered nearly 80 heads and representatives of global and regional media outlets.

Speaking at the conference, Merdan Gazakbayev, chairman of the State News Agency of Turkmenistan, gave broad information on the development of the mass media in the Turkic country and stressed the importance of relations with the foreign media organizations.

Gazakbayev recalled that the UN General Assembly unanimously adopted a resolution initiated by Turkmenistan, declaring 2021 the International Year of Peace and Trust.

Peace, trust not granted but earned

Bora Bayraktar, speaking on behalf of the Turkish Radio and Television Corporation (TRT), said that since the Cold War was over, the “high hopes for peace and security in the world faded” due to global issues like wars, terrorism, economic crises, and pandemic.

“Peace and trust in the modern world are not granted, we have to work to earn them,” he said.

Bayraktar, who joined the meeting from Istanbul, said that there are “much more effective tools” nowadays to find solutions to these problems.

“Peace is not only a physical lack of violence, but it is also a state of mind, and with the development of sophisticated communication tools, we are more vulnerable to news, ideas, and manipulations,” he asserted.

As media professionals, we witness today a “great competition over hearts and minds of people,” he said, noting that a trustful source is crucially important.

He stressed that the TRT broadcaster aims to be the “voice of the voiceless”.

Bayraktar went on to say that the people of Central Asia and South Asia, including Turkmenistan, deserve more attention, adding that their concerns should be covered more by the world media organizations.

He highlighted that TRT eyes to provide its audience with mobile, digital, audio, and visual options, and aims to tell the stories without compromising its own ideals and values. 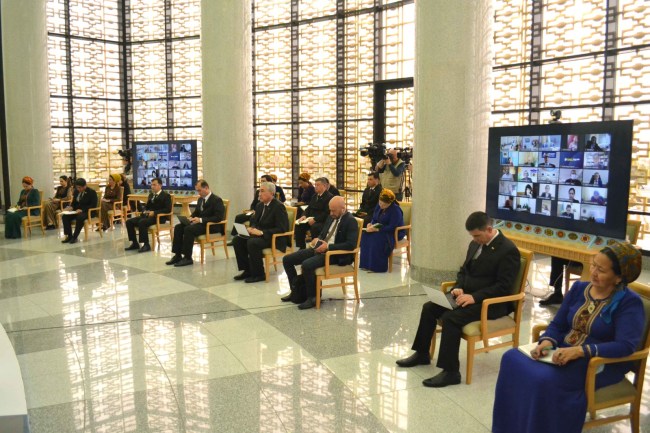 Suleyman Ibrahimov, a senior official of Azerbaijan’s state-run news agency Azertac, said that peace and trust especially emerged as agenda items during the COVID-19 pandemic, adding that today’s conference was “timely and relevant”.

Ibrahimov also hailed the bilateral relations between Azertac and the State News Agency of Turkmenistan, adding that both agencies boosted “fruitful cooperation” with the memorandum of understanding signed in 2015.

He said that Baku and Ashgabat have deep historical and cultural roots going back to the centuries.

Recalling that Azerbaijan has been historically a place where several religions and nationalities peacefully coexisted together, Ibrahimov said it affected the high tolerance in the country.

He went on to say that during the COVID-19 lockdown last year, many people were reaching the information mainly from the internet, adding that the Azertac audience nearly doubled during that period.

“Information from news sources influences the formation of public consciousness in the society,” he said.

Ibrahimov also underlined that the news agency’s role in conveying the trusted information was also very crucial during the recent Armenia-Azerbaijan war over Karabakh.

During the 44-day conflict, in which a truce ended on Nov. 10, 2020, Azerbaijan liberated several cities and nearly 300 settlements and villages in Karabakh from a nearly three-decade occupation.

Before the victory, about 20% of Azerbaijan’s territory had been under illegal occupation.

The officials speaking at the conference also hailed the neutrality policy of Turkmenistan, adding that it can be clearly noticed in all fields of the country’s foreign policy.

In 1992, Turkmenistan declared its neutrality as part of its foreign policy at the Helsinki summit of the Organization for Security and Co-operation in Europe (OSCE), and in 1995, the UN General Assembly unanimously adopted Turkmenistan’s permanent neutrality resolution.

On June 3, 2015, a second resolution on permanent neutrality was adopted by the UN General Assembly on the 20th anniversary of the country’s neutrality.

On Feb. 2, 2017, through President Gurbanguly Berdimuhamedov’s initiative, the UN General Assembly decided to declare Dec. 12 the International Day of Neutrality and called for marking the day with events aimed at enhancing public awareness about the value of neutrality in international relations.