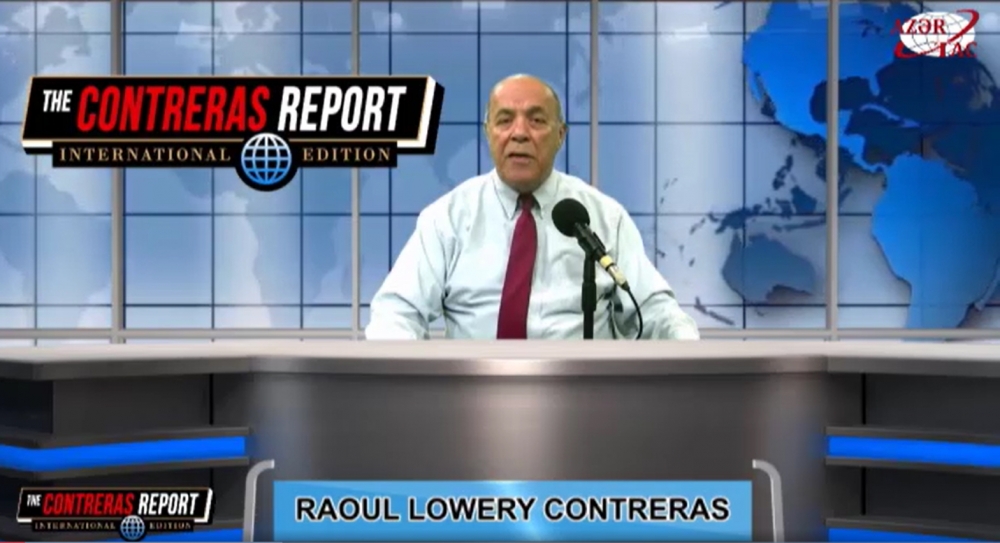 According to Azerbaijan in Focus, reporting AzerTac, a TV program dedicated to the Khojaly genocide was aired on February 23 as part of the show “The Contreras Report: International Edition” by the well-known American journalist Raoul Lowery Contreras.

Contreras has authored books titled “Murder in the Mountains: War Crime in Khojaly and the Nagorno-Karabakh Conflict” and “The Armenian Lobby and U.S. Foreign Policy”, both published in California. He also published many articles on Azerbaijan and the region.

In the program, the journalist states that in February 1992, Armenian troops attacked the Azerbaijani town of Khojaly and brutally killed 613 Azerbaijani civilians, including children, women and elderly. The author notes how the survivors of the Khojaly genocide were subjected to unimaginable torture by their Armenian captors.

Contreras underlines that Khojaly massacre is an act of genocide and a crime against humanity.

The author talks about the books written by Western journalists, which highlight what happened that night in Khojaly. Contreras also gives quotes from the book authored by the brother of Monte Melkonian, a California-born Armenian terrorist, who was in Khojaly during those fateful days, as well as Armenia’s former President Serzh Sargsyan’s interview, and stresses how Armenian leaders shamelessly admitted the atrocities committed by Armenia in Khojaly.

Contreras notes that perpetrators of Khojaly genocide have not been prosecuted to this date and are still at large. He says that many of them are hailed as national heroes in Armenia and have held or continue to hold high-ranking positions in the government.
At the end, the author presents testimonies by two female survivors of Khojaly.