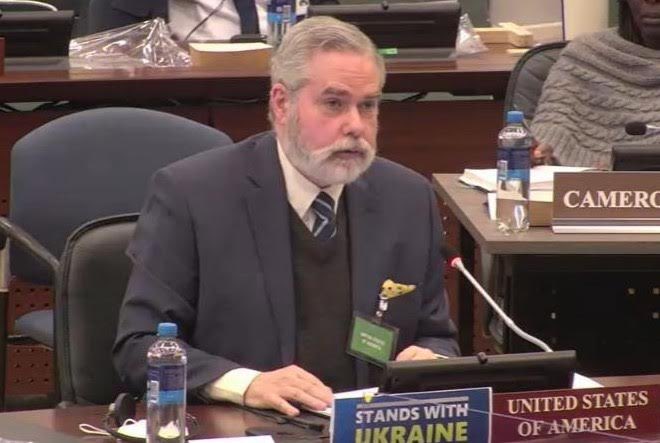 The U.S. and its allies are ‘carefully monitoring’ the situation in terms of Russia’s potential use of chemical weapons in Ukraine, a key U.S. diplomat said on Thursday, according to Azerbaijan in Focus, reporting Turan News.

Washington has seen reports of the possible use of chemical weapons in Ukraine but cannot confirm them.

Any use by Russia of weapons of mass destruction “will be met with a consequential response,” Ambassador Joseph Manso, U.S. Permanent Representative to the Organization for the Prohibition of Chemical Weapons (OPCW), said, echoing President Joe Biden’s previous comments on this matter.

Ambassador Manso was speaking to reporters during a special online briefing organized by the State Department’s Brussels Media Hub.

When asked for elaboration on Washington’s warnings of a “consequential response” against Russian potential nuclear attack, the ambassador said that the question is “left deliberately open, because the last thing we want to do is signal precisely what we’re going to do.”

“… You have to understand: if the President of the United States has said something, then that’s our policy. So I in no way am going to elaborate on the President’s intentions,” he said.

He went on to add, “I can say a little bit about what we do specifically at the OPCW. So what we’re working to do is to ensure that the Ukrainians have the necessary defensive equipment to promptly detect such an attack, to protect themselves and civilian populations, to have trained first responders to respond in the case of such an attack”

“So we want to make sure that Ukraine is prepared in the eventuality that the Russians were to use chemical weapons,”  Ambassador Manso concluded.