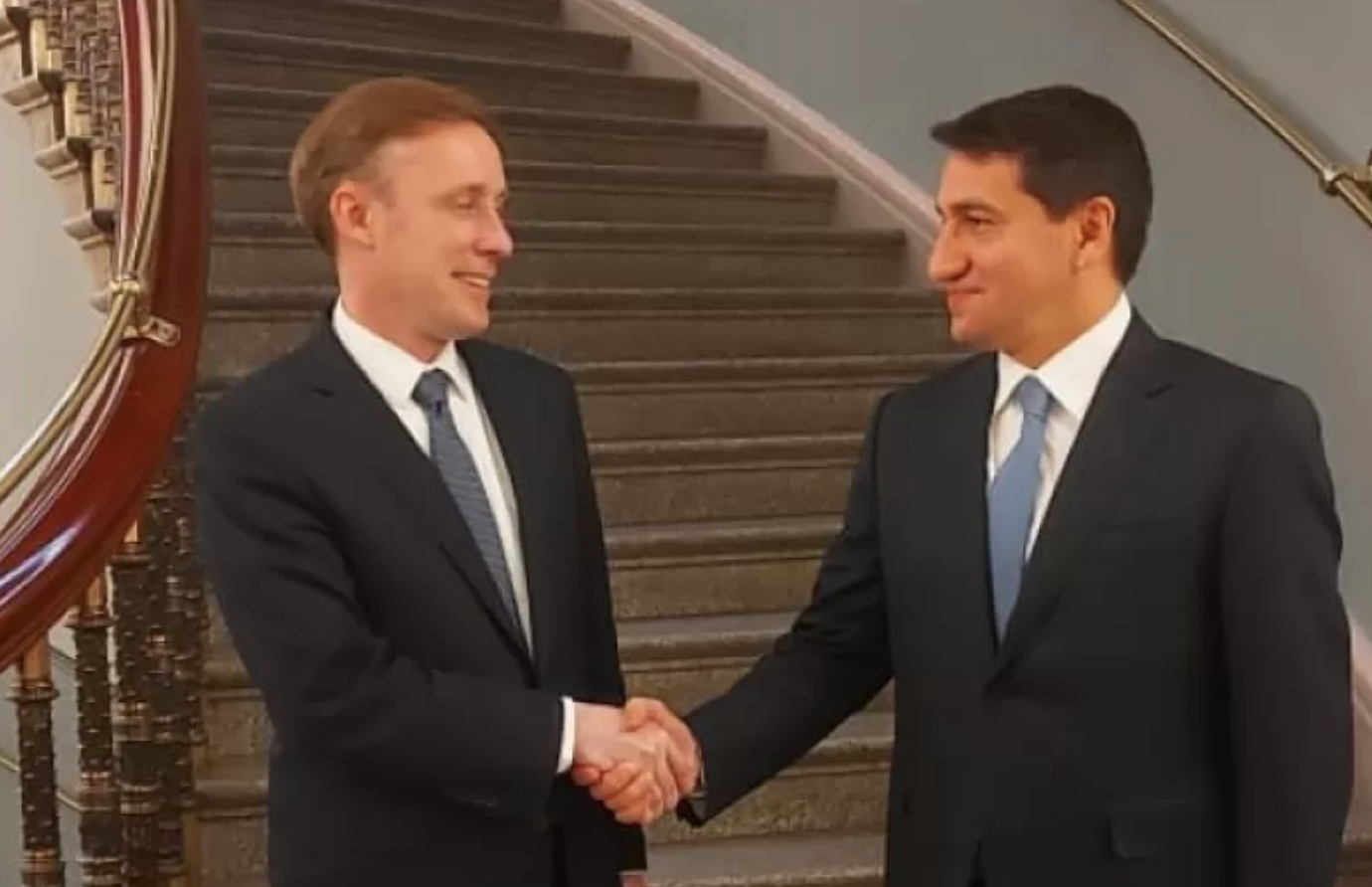 On Monday, senior U.S. officials conveyed to Azerbaijani President’s foreign policy advisor Hikmat Hajiyev in Washington that they are interested in facilitating direct engagement between Baku and Yerevan, according to Azerbaijan in Focus, reporting Turan News.

Hajiyev was accepted by the Assistant Secretary of State Karen Donfried at the State Department, as well as President Biden’s National Security Adviser Jake Sullivan in the White House in closed meetings.

The move came just a few weeks after the Secretary of State Antony Blinken offered his help with border efforts during a call with Armenian Prime Minister Nikol Pashinyan.

When asked on Monday how Washington could help in practice – other than just bringing both sides together, State Department’s spokesperson Ned Price said at a daily briefing that “during a recent engagement, the Secretary [Blinken] did allude to support for those efforts.

“It includes border demarcation efforts, ways that we can help Armenia and Azerbaijan continue to make progress in terms of this conflict,” Price added without offering any further details.

According to the statement by NSC Spokesperson Adrienne Watson, Sullivan on Monday conveyed the “commitment of the United States to peace, security, and prosperity in the South Caucasus region,” during his meeting with Hajiyev. “He praised the significant and historic diplomatic efforts between Azerbaijan and Armenia toward a lasting peace.”

“He conveyed the readiness of the U.S. to engage closely and support progress through a variety of means, including in our capacity as a Co-Chair of the Organization for Security and Cooperation in Europe (OSCE) Minsk Group,” reads the statement

During the meeting, Sullivan and Hajiyev also “welcomed the 30-year anniversary of relations between the United States and Azerbaijan and underscored their readiness to further deepen bilateral ties.”

“They discussed their shared commitment to helping the people of Ukraine in response to Russia’s unprovoked aggression. Mr. Sullivan commended Azerbaijan for its long-standing commitment to European energy security and discussed efforts to further diversify regional energy supplies,” reads the statement. “The two shared their perspectives on the implications of the conflict in Ukraine for the broader region.”