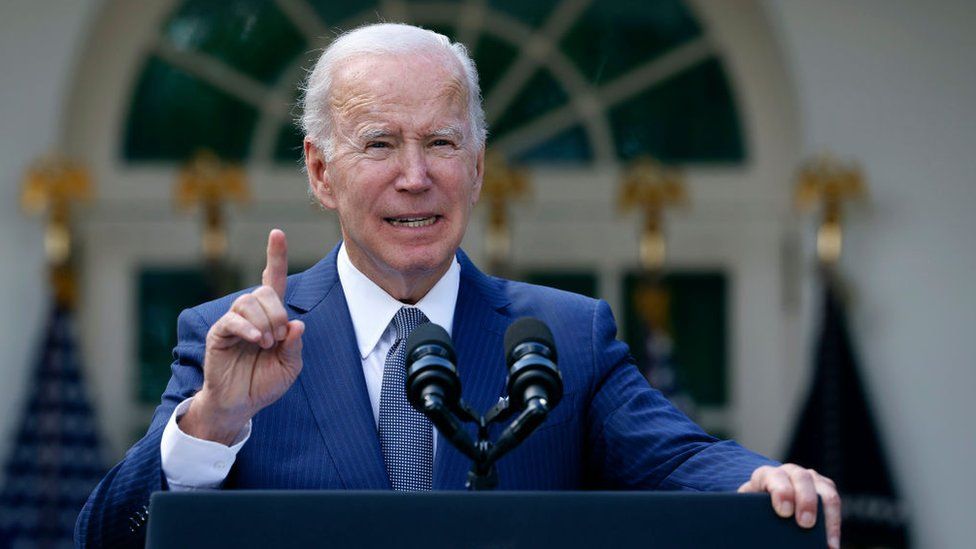 On Friday, the Biden administration announced a new round of sanctions in response to Russia’s annexation of four Ukrainian territories, targeting government and military officials and their family members, according to Azerbaijan in Focus, reporting Turan News.

“These sanctions will impose costs on individuals and entities — inside and outside of Russia — that provide political or economic support to illegal attempts to change the status of Ukrainian territory,” President Joe Biden said in a statement condemning Russia’s attempt to annex sovereign Ukrainian territory.

“Make no mistake: these actions have no legitimacy. The United States will always honor Ukraine’s internationally recognized borders. We will continue to support Ukraine’s efforts to regain control of its territory by strengthening its hand militarily and diplomatically, including through the $1.1 billion in additional security assistance the United States announced this week.”

“We will rally the international community to both denounce these moves and to hold Russia accountable,” Biden added.

The U.S. and its allies will continue to provide Ukraine with the equipment it needs to defend itself, undeterred by Russia’s brazen effort to redraw the borders of its neighbor, according to Biden.

“And I look forward to signing legislation from Congress that will provide an additional $12 billion to support Ukraine. I urge all members of the international community to reject Russia’s illegal attempts at annexation and to stand with the people of Ukraine for as long as it takes.”