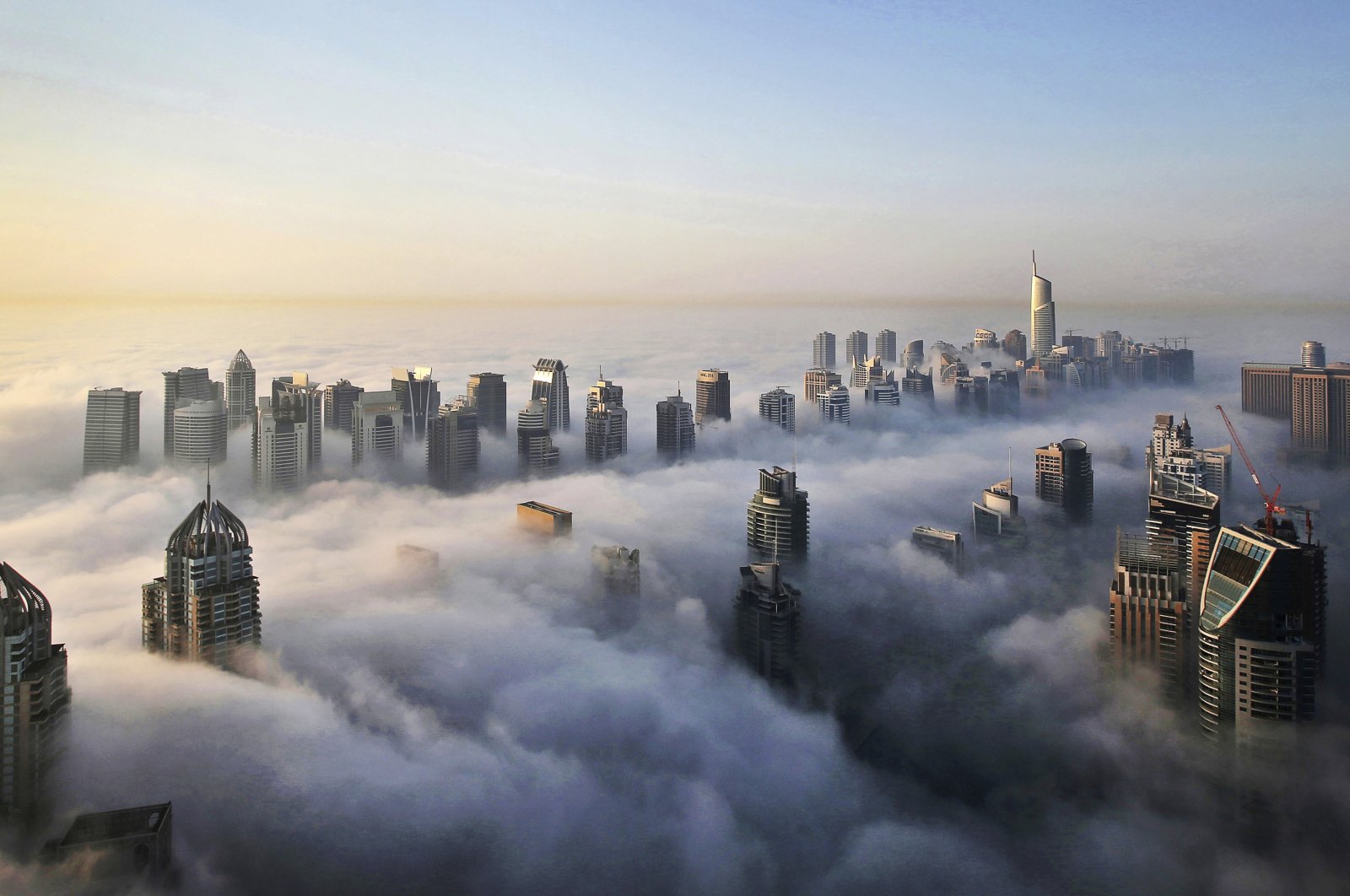 United Arab Emirates police have detained 11 Ukrainian women and a photographer from Russia for taking part in a nude photo shoot on the balcony of a high-rise building, authorities said Tuesday after the footage went viral and sparked criticism in the Gulf Arab sheikhdom.

Dubai is a top destination for the world’s Instagram influencers and models, who fill their social media feeds with slick bikini-clad selfies from the coastal emirate’s luxury hotels and artificial islands.

But the city’s brand as a glitzy foreign tourist destination has at times provoked controversy and collided with the sheikhdom’s strict rules governing public behavior and expression, which are based on Islamic law, or Shariah.

The nude photo shoot scandal comes just days before Ramadan, the holiest month of the Muslim calendar, and as Ukrainian President Volodymyr Zelenskiy lands in nearby Doha, Qatar for an official state visit.

Over the years, Dubai increasingly has promoted itself as a popular destination for Russians on holiday. Signs in Cyrillic are a common sight at the city’s major malls. Dubai police announced earlier this week they had arrested a group of people on debauchery charges over a widely shared video showing naked women posing in broad daylight on a balcony overlooking the city’s upscale Marina neighborhood.

Ukraine’s Foreign Ministry confirmed Tuesday that 11 of the detained women were Ukrainian, while a Russian diplomat in Dubai said the photographer who filmed the naked women held Russian citizenship. Dubai police declined to identify those detained. More than a dozen women appeared in the video and the nationalities of the others arrested were not immediately known.

The generally pro-Kremlin tabloid Life identified the Russian man arrested as the head of an information technology firm in Russia’s Ivanovo region, though his firm denied he had anything to do with the photo shoot.

The Associated Press (AP) was not able to find if those arrested had legal representation or reach a lawyer for them. Stanislav Voskresensky, the governor of Ivanovo, asked the Russian Foreign Ministry and Russia’s ambassador to the UAE to offer the Russian man their support.

“We don’t abandon our own,” Voskresensky wrote on social media. It’s not the first time that foreign social media influencers, amateur and pro, have drawn unwanted scrutiny in the UAE.

Earlier this year, as Dubai promoted itself as a major pandemic-friendly party haven for travelers fleeing tough lockdowns elsewhere, European reality TV show stars came under fire for flaunting their poolside Dubai vacations on social media and for bringing the coronavirus back home. Denmark and the United Kingdom later banned flights to the UAE as virus cases surged in the federation of seven sheikhdoms.

Although the UAE has recently made legal changes to attract foreign tourists and investors, allowing unmarried couples to share hotel rooms and residents to drink alcohol without a license, the Gulf Arab country’s justice system retains harsh penalties for violations of the public decency law. Nudity and other “lewd behavior” carry penalties of up to six months in prison and a fine of 5,000 dirhams ($1,360).

Foreigners, who make up some 90% of the UAE’s population of over 9 million, have landed in jail for their comments and videos online, as well as for offenses considered tame in the West, like kissing in public. Dubai police often turn a blind eye to foreigners misbehaving – until they don’t.

This article originally appeared in DAILY SABAH on 06 April 2021.