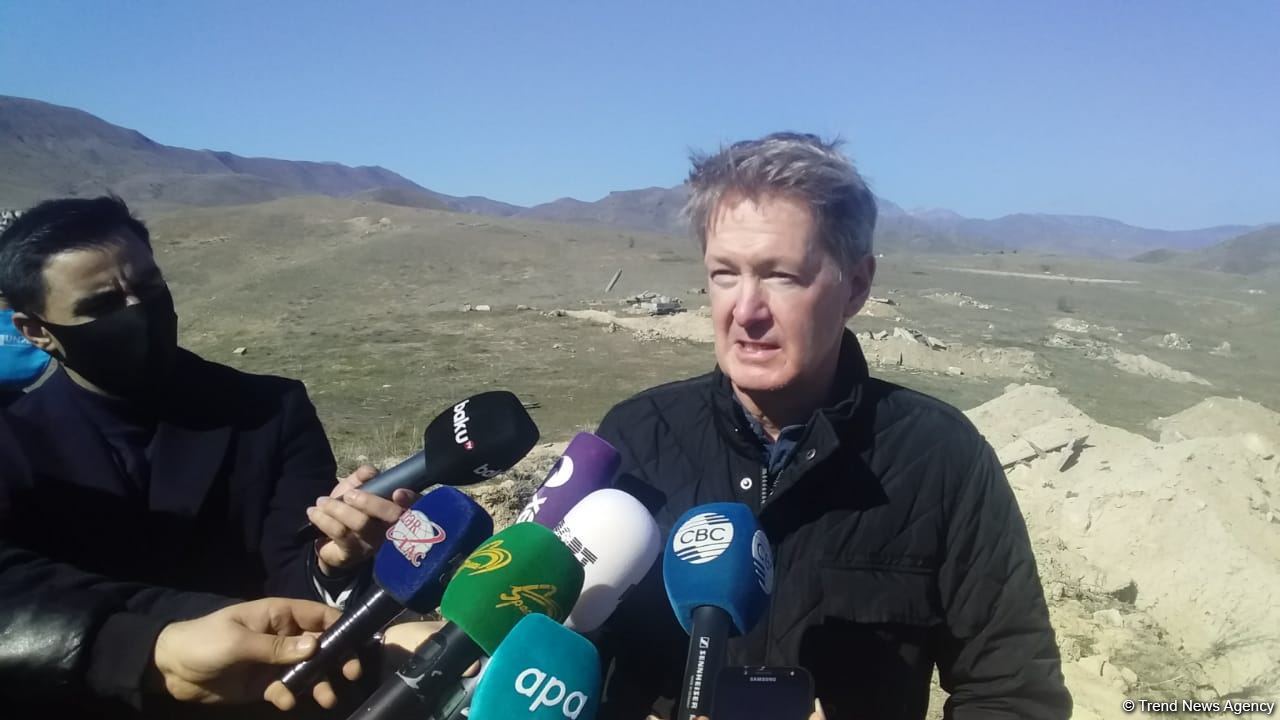 The UK Ambassador to Azerbaijan James Sharp, who is on a visit to Azerbaijan’s liberated city of Jabrayil, has witnessed how the city had suffered greatly following the Second Karabakh War, according to Azerbaijan in Focus, reporting Trend News, with reference to the special correspondent of the Trend TV Karabakh bureau.

“This is the first time I come and get acquainted with the lands returned by Azerbaijan as a result of the war,” Sharp said.

Answering the question about the participation of the UK companies in the restoration of the Azerbaijani liberated lands, the ambassador said that the possibilities in this direction should be studied.

“I believe that there are opportunities here for the restoration of agriculture, the development of renewable and solar energies. First of all, it is important to demine these areas so that people can return here. I think it will take some time,” added Sharp.

Upon the instruction of Azerbaijan’s President Ilham Aliyev jointly with Azerbaijani Ministry of Foreign Affairs, Assistant to the President of Azerbaijan, Head of the Foreign Policy Affairs Department of the Presidential Administration, Hikmat Hajiyev, representatives of diplomatic corps – ambassadors, military attachés, and heads of representations of international organisations accredited in Azerbaijan started to visit the liberated Jabrayil and Zangilan districts on February 6.