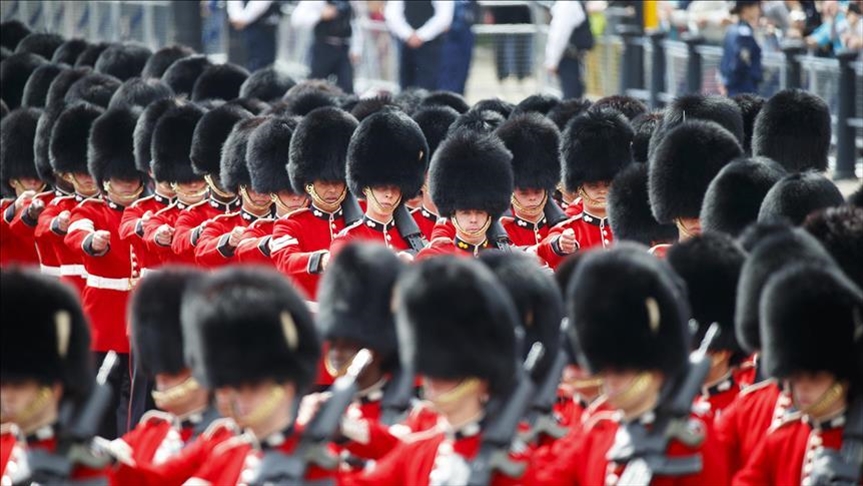 UK army to focus on unmanned units in defense shakeup

The British Armed Forces is planning to reduce the number of personnel active in their ranks and will focus on the use of unmanned technologies as part of its plans to further modernize and upgrade its military capabilities.

The Defense Ministry on Monday set out its new defense strategy outlining the 2030 vision for the armed forces. The strategy, “Defence in a Competitive Age,” will ensure the preparedness of the military against emerging global threats and will become a threat-focused integrated force with changes across its land, sea, air, space, and cyberspace commands.

“This Defence Command Paper ensures our armed forces are threat-focused, modernised and financially sustainable. Our military will be ready to confront future challenges, seize new opportunities for Global Britain and lay the foundations of a more secure and prosperous Union,” Defense Secretary Ben Wallace said in a statement.

“Our people and their expertise are at the heart of what we do and further investments into training, welfare and support facilities will be reflective of this and ensure our armed forces are well equipped to face tomorrow’s threats today,” Wallace added.

According to the new strategy, the Defense Ministry will receive a £3-billion ($4.13-billion) investment to upgrade the land forces to become more “agile, integrated, lethal, and expeditionary.” As part of the investment, the forces will receive new vehicles, long-range rocket systems, unmanned aerial vehicles (UAVs), electronic warfare, and cyber capabilities.

Most importantly, however, is the shift of the armed forces from relying on regular forces to using newer and more powerful unmanned technologies to project more robust offensive capabilities. A £6.6-billion investment will be made in research and development projects leading to the development of cutting-edge technologies, allowing the UK a strategic advantage over its adversaries on the global stage.

Turkey’s significance as a NATO ally, its success in UAV development

The 2021 defense strategy makes clear the importance of having Turkey as a major NATO ally, highlighting its importance in acting as a defense against terrorist threats in the Middle East as well as Russian intrusion in the Black Sea and Eastern Mediterranean regions.

“Turkey is a crucial NATO Ally with a role to play in many aspects of wider regional security, including the fight against terrorism. It is dealing directly with Russia’s military interventions in the Mediterranean and Black Sea regions. We will work to cement a long-term relationship on operations (including NATO reassurance measures), capabilities and industrial co-operation,” the defense review said.

Using the success of Turkish drones in the battlefields of Libya, Syria, and Nagorno-Karabakh, the UK aims to invest a significant amount of resources in developing and expanding its fleet of UAVs.

UK defense officials closely monitored the 2020 Nagorno-Karabakh conflict in which Turkish TB2 Bayraktar drones inflicted heavy losses on Armenian military positions in the occupied Azerbaijani territory, noting that the use of the UAVs played an incremental role in liberating the territory and handing Azerbaijan a victory over its Armenian adversaries.

In December 2020, Wallace gave a speech at the Royal Armed Forces Institute, where he used Turkey as an example of how certain countries were now “leading the way” in unmanned warfare and how Turkish drones were “responsible for the destruction of hundreds of armored vehicles and even air defense systems.”

The use of the TB2 Bayraktar drone has rapidly altered the military balance of the Middle East and North Africa region. Developed by the Turkish manufacturer Baykar Makina, the TB2 UAVs are much cheaper than the US-made Predator drones yet still maintain a powerful weapons capability and can loiter in the air for 24 hours.

This article originally appeared in Anadolu Agency on 23 March 2021.