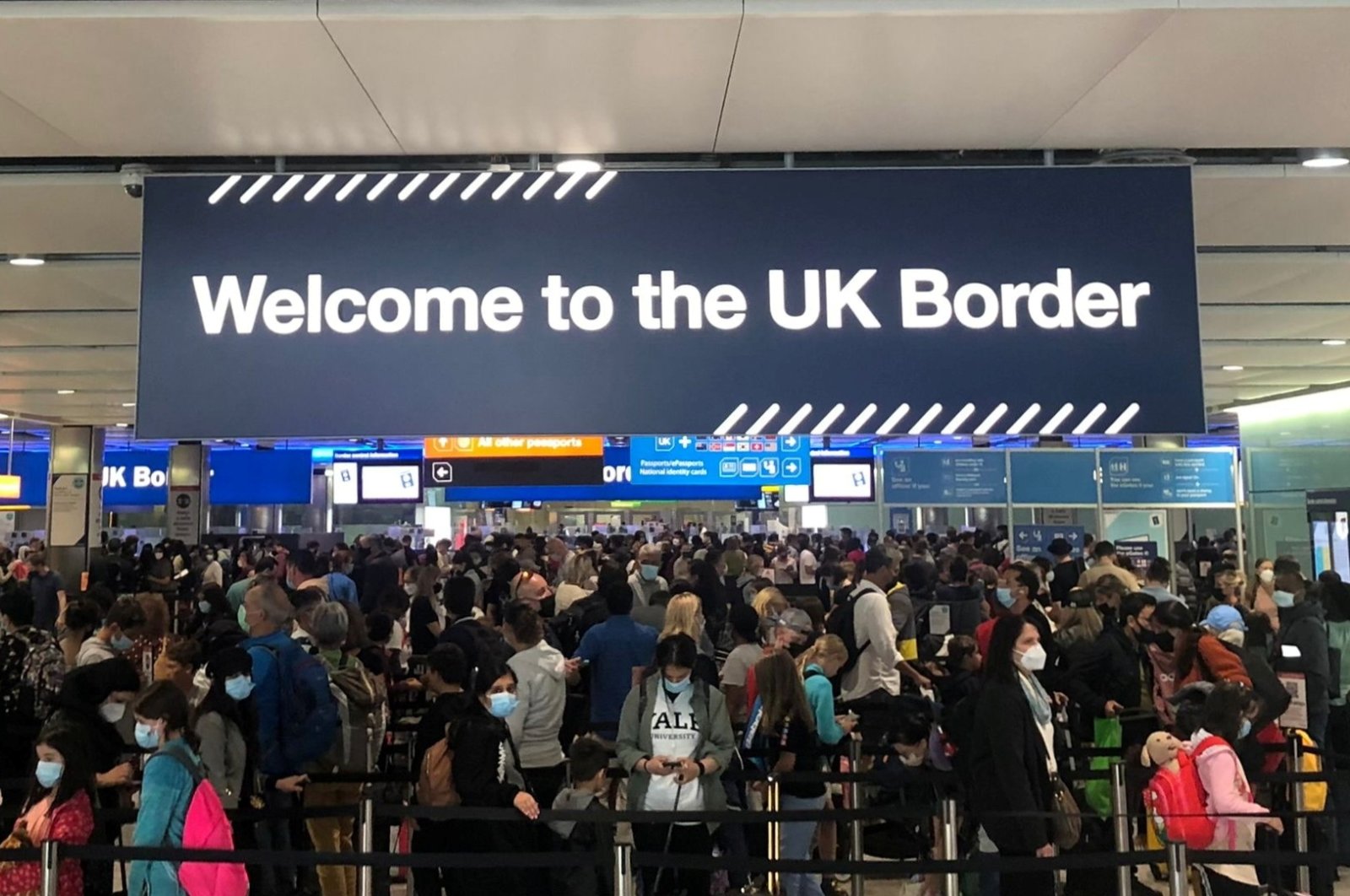 The British government announced a major simplification of its rules for international travel on Friday in a boost to the tourism industry, including scrapping the need for fully vaccinated passengers to take expensive COVID-19 tests on arrival from low-risk countries.

Under the new proposals, destinations will simply be ranked low or high risk, instead of red, amber and green. Eight countries – including Turkey, Pakistan and the Maldives – will be removed from the high-risk red band from next Wednesday, meaning passengers from those countries will no longer be required to quarantine in a hotel.

Turkey was the most popular destination on the red list, having attracted around 2.3 million British holidaymakers a year before the pandemic.

From Oct. 4, passengers arriving from low-risk countries will be permitted to take a cheaper lateral flow test, rather than the privately administered PCR lab tests now required. PCR tests for a family now can cost hundreds of pounds.

“Today’s changes mean a simpler, more straightforward system. One with less testing and lower costs, allowing more people to travel, see loved ones or conduct business around the world while providing a boost for the travel industry,” Transport Secretary Grant Shapps said in a statement.

He said the changes were possible because of Britain’s high vaccination rate. Almost 82% of people aged 16 and up in the U.K. are fully vaccinated.

The changes initially apply to England. Scotland, Wales and Northern Ireland set their own policies and have not yet said what they plan to do.

Unvaccinated travelers will still have to self-isolate for 10 days, as well as taking coronavirus tests before and after their trips.

In a boost to tourism, Britain said it will recognize vaccinations given in 17 more countries, including Australia, Canada, Japan and South Korea. It previously had recognized only shots given in the U.K., the U.S. and the European Union.

While Turkish tourism has seen a strong rebound from last year, with foreign visitor arrivals for July jumping fourfold to 4.36 million, it remained well below pre-pandemic levels as the absence of Britons stalled the progress.

Airlines and travel companies have argued for months that far-reaching changes were needed to the system or more job losses would follow the 100,000 already lost. They blamed testing and complicated rules for the slowness of recovery in air travel over the summer.

The industry, already on its knees after 18 months of restrictions, is facing a cliff edge as a government furlough scheme ends later this month with winter approaching, when fewer people travel and businesses tend to make a loss.

Data shows that Britain’s travel recovery is lagging. U.K. flights were down 39% compared to pre-pandemic levels for the two weeks to early Sept. 6, while France, Spain and Italy were down between 24%-28%, according to Eurocontrol.

Heathrow Airport said this week that it had fallen from Europe’s busiest airport in 2019 to 10th-busiest now, behind rivals in cities such as Amsterdam, Paris and Frankfurt.

Quarantine hotels, where people spend 11 nights in a designated facility at a cost of more than 2,000 pounds, are expected to remain in place for arrivals from high-risk countries.

The British Airline Pilots Association (BALPA) said the government changes were good news for the industry.

Dale Keller, chief executive of the Board of Airline Representatives in the U.K., also welcomed the changes. He said they would “help restore traveler confidence and set the aviation, travel and tourism sectors on what is still a long road to recovery.”

But workers in the sector would be among those most hurt by the end of the government’s furlough program, which has paid salaries of staff sent home during the pandemic and which expires at the end of this month.

“But there is still a way to go before U.K. aviation can truly take off again, and the industry remains precariously placed after a dire summer season,” BALPA Acting General Secretary Martin Chalk said.

“With furlough ending it is going to be hard for cash strapped airlines to get back up and running as demand returns.”

“Based on the scientific evidence, with fewer than 1% of people returning from low-risk countries testing positive for COVID-19 – lower than the U.K.’s rate – we urge ministers to keep this policy under review, eliminating all testing for fully vaccinated travelers as soon as possible in the future, in line with most other European countries,” he said.

This article originally appeared in DAILY SABAH on 17 Sep 2021.