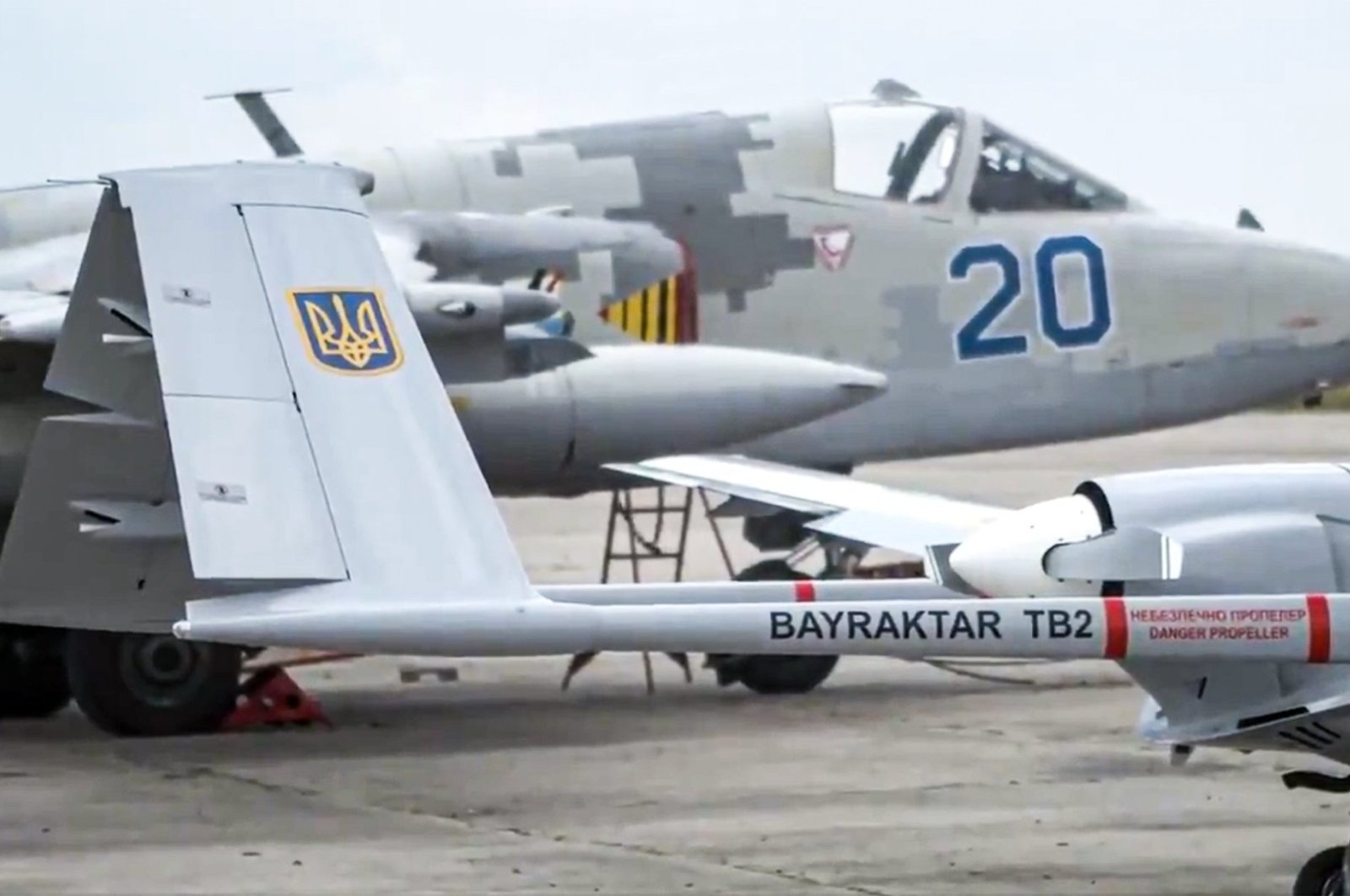 A screengrab shows a Bayraktar TB2 UCAV that belongs to the Ukrainian army during the Sea Breeze military exercise in the Black Sea, June 30, 2021.

Currently, there are 12 Bayraktar TB2 UCAVs in Ukraine’s inventory being used in the air and naval forces.

The top military official said it “planned to purchase” four more of the UCAVs to “meet the needs of the armed forces in 2021-2022,” adding that Kyiv plans to replenish its arsenal with locally produced UCAVs in the future.

On the use and procurement of the Bayraktar TB2 UCAVs, Zaluzhny said: “Firstly, we need to learn how to work effectively with them, and secondly, we must definitely know the tactics in the forms of their use.”

“We must take a comprehensive approach to the issue,” he said, noting that if Ukraine had the experience of Azerbaijan, which gained significant leverage over Armenian forces during the recent conflict over the occupation of Nagorno-Karabakh, “it would be much easier.”

In their previous statements, Ukrainian authorities set an upper limit on how many Bayraktar TB2s should be purchased at 48 units.

The Ukrainian navy received the first batch of Bayraktar TB2s in July.

Most recently, Selçuk Bayraktar, chief technology officer (CTO) of Baykar said the Bayraktar TB2 UCAV has been seeing unprecedented demand from around the world following its deployment in military operations. “This interest has increased greatly particularly following the operations in Idlib and Nagorno-Karabakh.”

Bayraktar even said, “from time to time we have difficulties in meeting demands.”

They also gave decisive air support to Turkey’s ally in Libya and successfully guided airstrikes that assassinated senior leaders of the PKK terrorist group over the last two years.

The Bayraktar TB2 has been sold to countries including Ukraine, Qatar, Azerbaijan and Poland. In May, Poland became the first European Union and NATO member state to acquire drones from Turkey.

Saudi Arabia is also said to have been interested in buying Turkish drones. Latvia also hinted that it could be the second European Union and NATO member state to acquire the Turkish unmanned combat aerial vehicles (UCAVs). Albania is also interested in striking a deal to procure Bayraktar TB2s.

As Iran denies military buildup on Azerbaijani border, calls to Baku, Yerevan for peaceful solution of issues on the rise