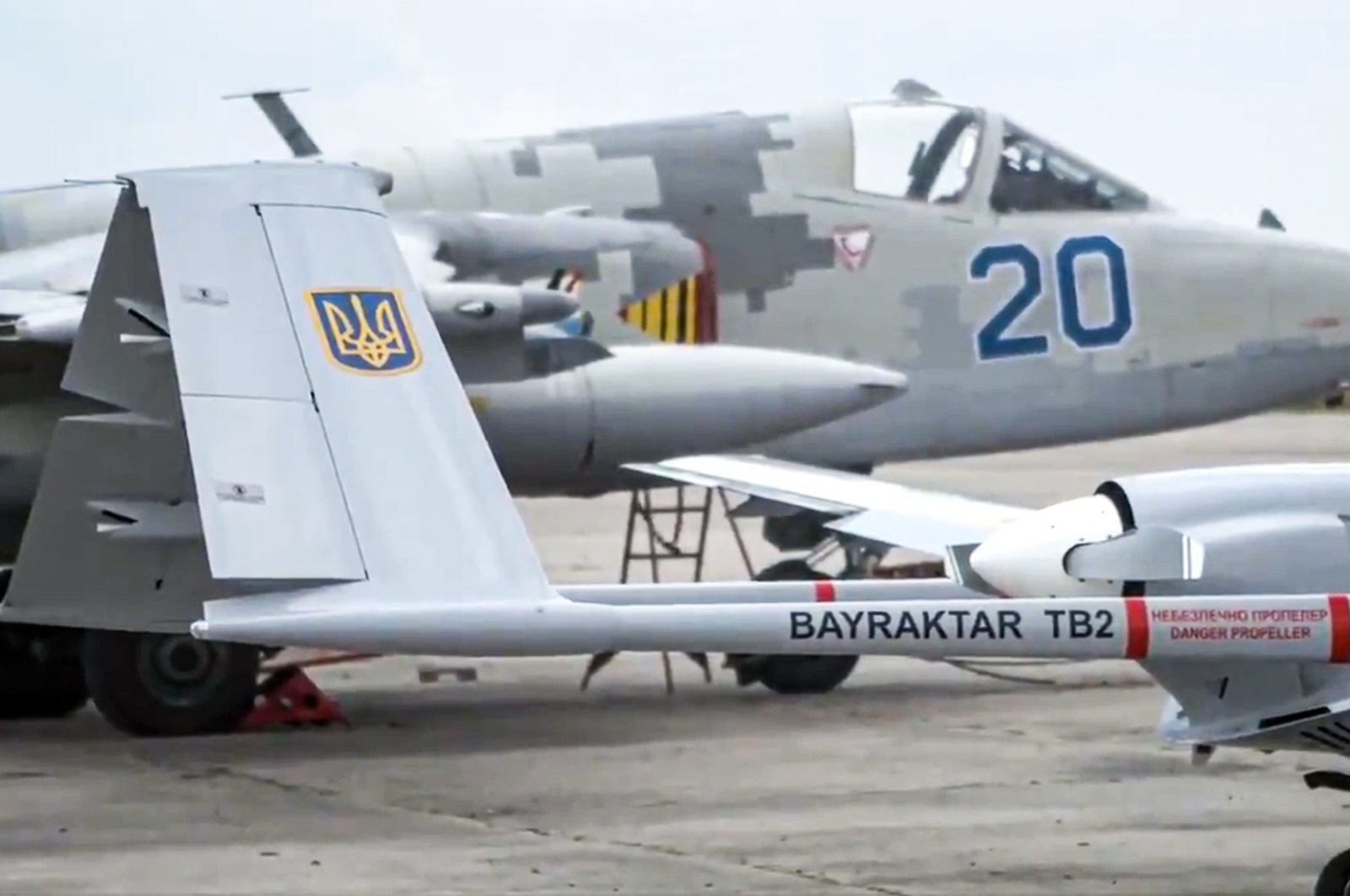 A screen grab shows a Bayraktar TB2 UCAV owned by the Ukrainian army during the Sea Breeze military exercise in the Black Sea, June 30, 2021.

The Turkey-made unmanned combat aerial vehicle (UCAV) Bayraktar TB2 (Tactical Block 2) using the latest smart ammunition by another Turkish defense giant, Roketsan, and operated by the Ukrainian army was spotted during the Sea Breeze 2021 military exercise, which kicked off in the Black Sea with the participation of more than 30 countries, including Turkey.

Ukraine is using the TB2 UCAVs for the first time in an exercise of this size and the drone seen deployed with MAM-C, a high-explosive variant of Roketsan’s smart micro munitions (MAM) family.

Ukrainian army already has Baykar’s Bayraktar TB2s in its inventory, while earlier reports in May said the Ukrainian Navy will receive the first set of such drones this year which will be used in both the Black Sea and the Sea of Azov.

Rear Adm. Oleksiy Neizhpapa, commander of the Ukrainian Navy, cited at the time by Ukrinform as saying: “The Navy, like other types/branches of the Armed Forces, like the entire civilized world, is switching to unmanned technologies. This is a step forward. This year, the Navy will receive the first set of the Bayraktar unmanned complex, which will be used both in the Black Sea and the Sea of Azov by surface forces and the marines.”

Neizhpapa said in the future they plan to purchase unmanned countermine systems for the Navy, which are very optimal in terms of price and efficiency of use.

The international two-week military exercise dubbed Sea Breeze began on Monday in the northwest of the Black Sea involving soldiers and sailors from Ukraine, the U.S. and about 30 other countries.

The exercise follows a rise in tensions between NATO and Moscow, which said last week it had fired warning shots and dropped bombs in the path of a British warship to chase it out of Black Sea waters off the coast of Crimea. Moscow includes Black Sea coasts to its national security concerns due to the Crimean Peninsula it annexed from Ukraine back in 2014.

Earlier on Tuesday, Russia tested the readiness of its air defense systems in Crimea, amid the drills, the Interfax news agency reported.

Russia’s Black Sea fleet was cited by Interfax as saying it had deployed around 20 warplanes and helicopters, including Su-24M bombers, as well as S-400 and Pantsir surface-to-air missile systems in the readiness tests.

Moscow considers Crimea part of Russia, but the peninsula is internationally recognized as part of Ukraine, and the country wants it back.

This article originally appeared in DAILY SABAH on 30 June 2021.