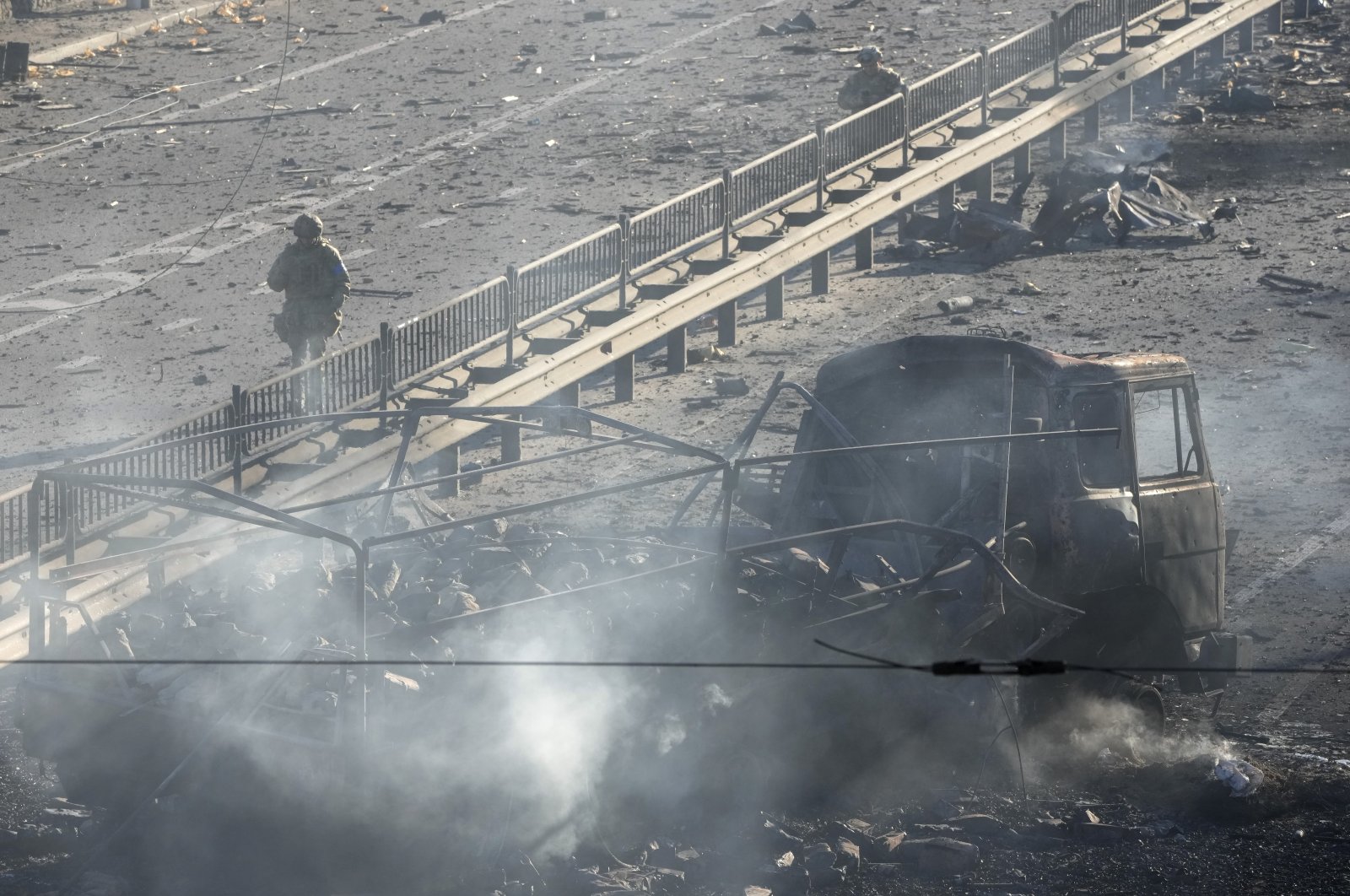 Russia has lost about 4,300 officers during its invasion of Ukraine, according to Azerbaijan in Focus, reporting Daily Sabah, the Ukrainian Deputy Defense Minister Hanna Malyar said on Sunday, adding, however, that the number was being clarified.

She also said on her Facebook page that Russian troops lost about 146 tanks, 27 aircraft, and 26 helicopters.

Meanwhile, Russia says its troops have captured 471 Ukrainian soldiers during the fighting in Ukraine. Since Thursday morning, 975 military targets have been destroyed, Russian Defense Ministry spokesperson Igor Konashenkov said. Eight fighter planes and seven helicopters as well as 11 combat drones had been shot down. Another 28 aircraft were destroyed on the ground, along with 223 tanks and other combat vehicles.

Konashenkov did not give any information on the number of soldiers killed in the Russian ranks.

In the eastern Donbass region, Russian-backed separatists had now advanced a further 12 kilometers (7.5 miles), he said. They had captured two settlements northeast of the embattled port city of Mariupol. The information cannot be independently verified.

Near the eastern city of Kharkiv, Konashenkov said that a regiment of Ukrainian soldiers had surrendered. As soon as bureaucratic formalities were completed, they would be able to return to their families, he said.

Britain’s Defense Ministry said overnight fighting in Kyiv was less intense than the night before, but battles are raging in Ukraine’s second-largest city, Kharkiv. The U.K.’s Ministry of Defense has been posting intelligence updates on social media since Russia invaded.

It said Sunday that “Ukrainian forces have engaged the remnants of Russian irregular forces within the city of Kyiv for the second night in a row, fighting has been at a lower intensity than the previous evening.

“After encountering strong resistance in Chernihiv, Russian forces are bypassing the area in order to prioritize the encirclement and isolation of Kyiv,” it said. “Intensive exchanges of rocket artillery overnight have been followed by heavy fighting between Russian and Ukrainian forces in Kharkiv.”

The ministry said Russian forces are continuing to advance into Ukraine from multiple fronts but they are encountering stiff resistance from Ukrainian forces.

Oleh Sinehubov, the head of the Kharkiv regional administration, said Sunday that Ukrainian forces were fighting Russian troops in the city and asked civilians not to leave their homes.

Russian troops approached Kharkiv, which is located about 20 kilometers south of the border with Russia, shortly after Moscow launched its invasion of Ukraine on Thursday. But until Sunday, they remained on its outskirts without trying to enter the city while other forces rolled past, pressing their offensive deeper into Ukraine.

Videos on Ukrainian media and social networks showed Russian vehicles moving across Kharkiv and a light vehicle burning on the street.

The UNHCR said on Twitter that the numbers of those fleeing invading Russian troops are constantly changing and another update would be issued later Sunday.

The agency’s estimate on Saturday was that at least 150,000 have fled Ukraine into Poland and other countries including Hungary and Romania.

Poland’s government said Saturday that more than 100,000 Ukrainians had crossed the Polish-Ukrainian border in the past 48 hours alone.