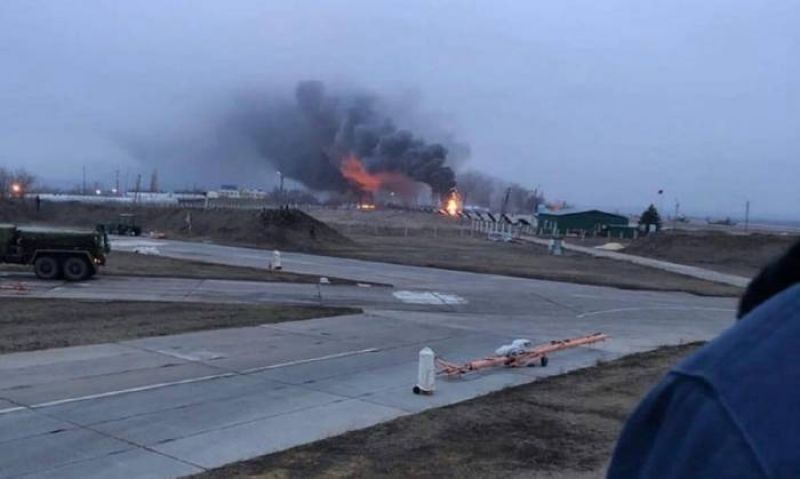 On the night of March 7, the Ukrainian military smashed the Chernobayevka airfield near Kherson, where up to 30 Russian armed forces helicopters were stationed. “As many as 30 enemy helicopters were destroyed, as well as manpower and equipment,” according to Azerbaijan in Focus, reporting Turan News, citing the UNIAN news agency.

Besides, over the past 24 hours, three convoys of the Russian armed forces were destroyed on the outskirts of Nikolayev. A large amount of ammunition, vehicles, and seven D-20 howitzers were captured.

Ukrainian Defense Minister Oleksiy Reznikov said today that an agreement has been reached on the supply of serious weapons from the West. According to preliminary data, these are fighter jets and air defense systems.