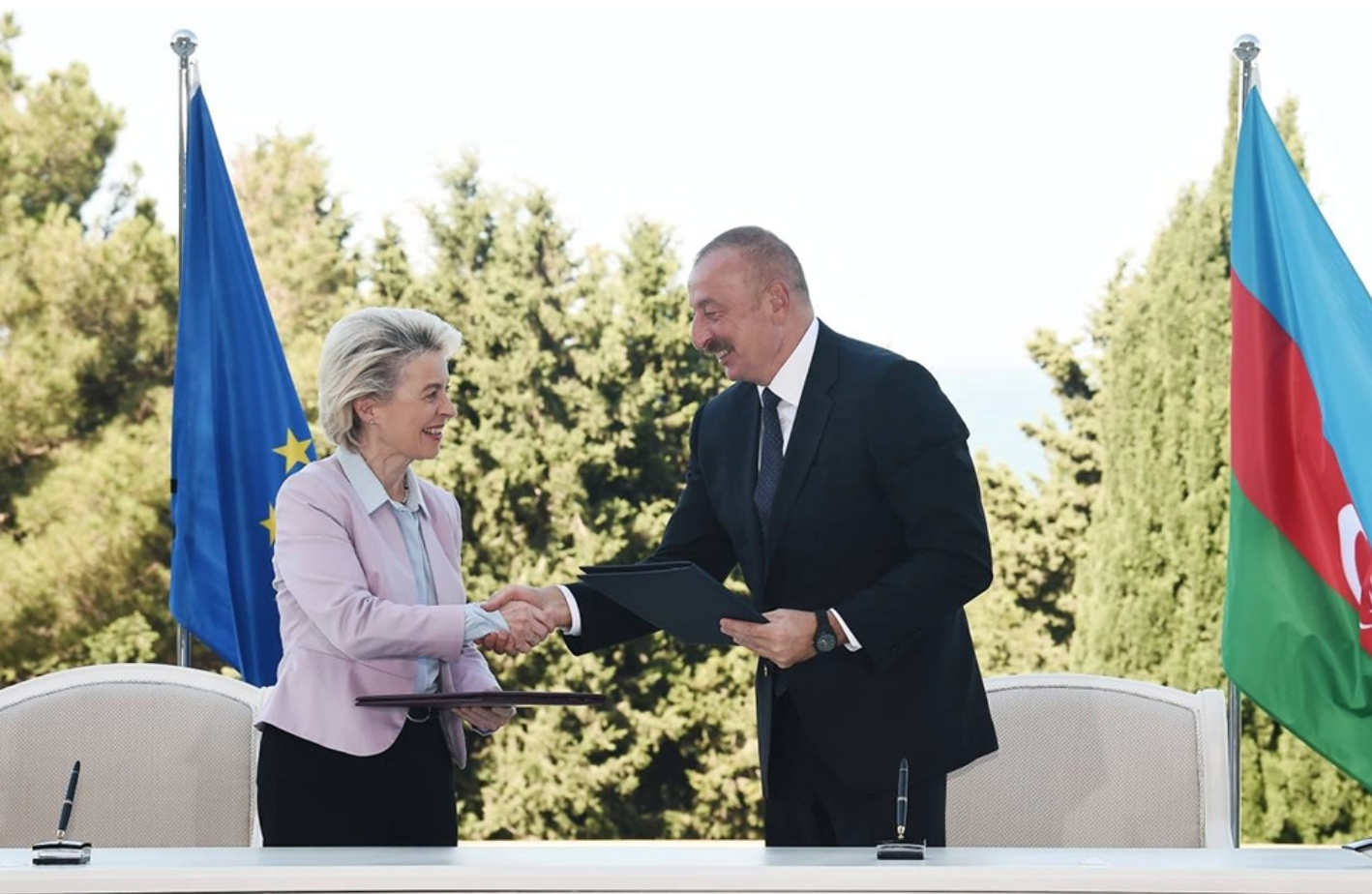 On Monday, President of Azerbaijan Ilham Aliyev and the Head of the European Commission Ursula von der Leyen signed a memorandum of understanding on partnership in the energy sector between Azerbaijan and the European Union, according to Azerbaijan in Focus, reporting Turan News.

This is the third document on energy cooperation between Azerbaijan and the European Union and they have changed the energy map of Europe, Ilham Aliyev said after the signing ceremony.

Today, Azerbaijan plays an important role in the energy security of Europe within the framework of the Southern Gas Corridor project.

“This year we started a new energy dialogue and continue to deepen it. This applies to projects in the field of renewable energy and the development of new gas fields. In particular, we are talking about projects in the liberated territories and in the Caspian Sea,” Aliyev said.

The Head of the European Commission began her speech with a statement: “After the aggression against Ukraine, Russian gas is no longer in demand in Europe.”

She noted the important role of Azerbaijan in meeting the needs of Europe in natural gas.

“The memorandum signed today will make it possible to double the volume of incoming gas from Azerbaijan and bring it up to 20 billion cubic meters per year and significantly reduce supplies from Russia,” Ursula von der Leyen said.

She confirmed her readiness to work with Azerbaijan in the field of renewable energy and climate protection.

The Head of the European Commission also said that during the meeting with the head of Azerbaijan, many other issues of bilateral relations were discussed, including economic cooperation and trade.

“Today, the European Union is Azerbaijan’s largest trade partner and the parties intend to increase the mutual trade turnover to 2 billion euros,” she said.

Of the infrastructure projects, Ursula von der Leyen also noted the readiness of the European Union to participate in the development of the new Baku port, which will become “the most important transport hub.”

She further noted the need for humanitarian cooperation and the EU’s involvement in supporting civil society and independent media. “We have allocated 2.5 million euros for these purposes,” the Head of the European Union stressed.