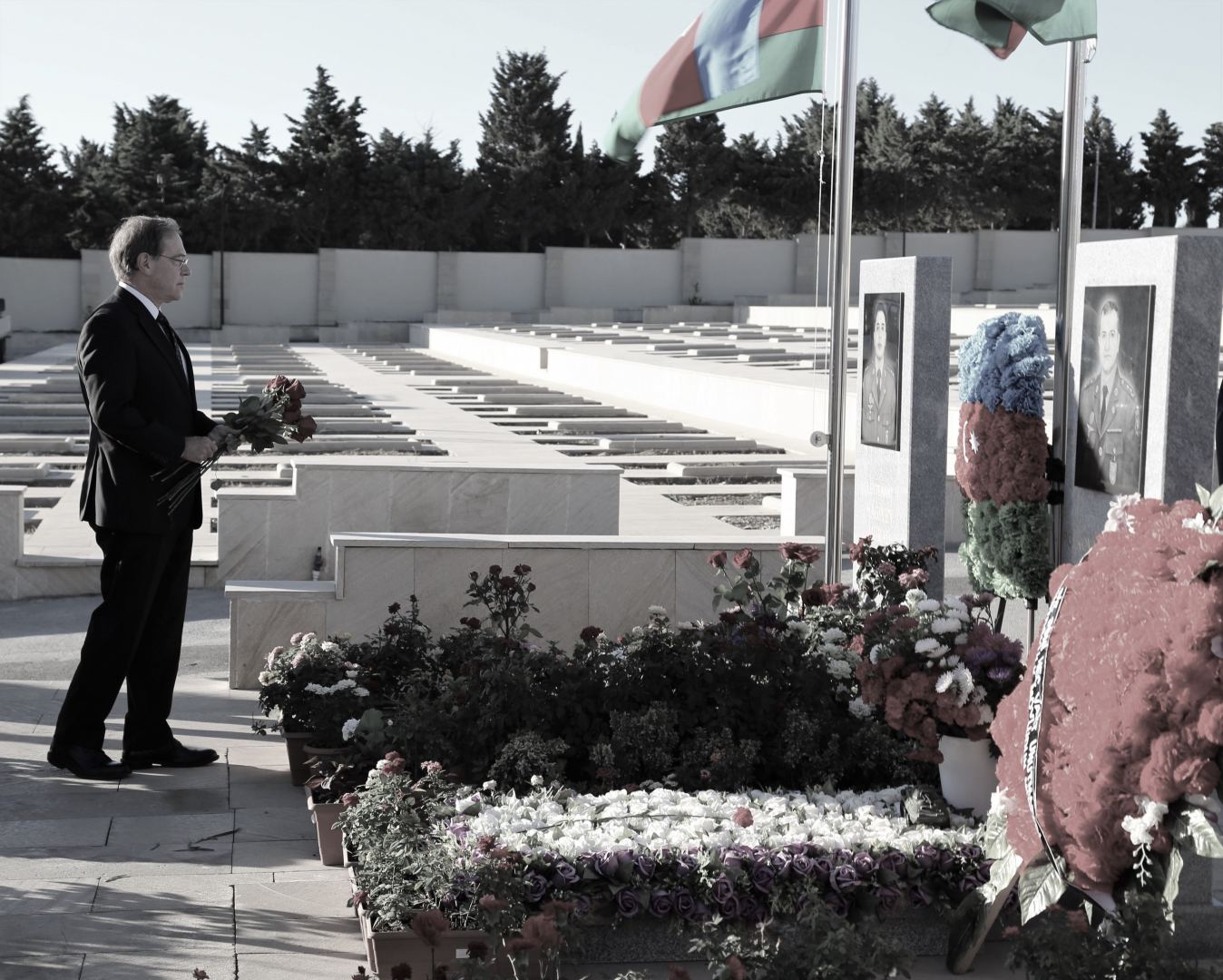 US ambassador pays respects to Azerbaijani martyrs of Karabakh conflict

US Ambassador to Azerbaijan Earle Litzenberger paid his respects to those who lost their lives in the 2020 Second Karabakh War, according to Azerbaijan in Focus, reporting Trend News, citing the embassy’s Twitter.

“We extend our deepest condolences to the families of those killed and injured last year and in the many years of the Karabakh conflict,” the tweet said.

September 27 is marked as the Day of Remembrance in Azerbaijan as a sign of deep respect to Azerbaijani soldiers and officers, all Azerbaijani martyrs who fought heroically in the second Armenia-Azerbaijan Karabakh war, to liberate Azerbaijan’s occupied lands, and sacrificed their lives for the territorial integrity of Azerbaijan.