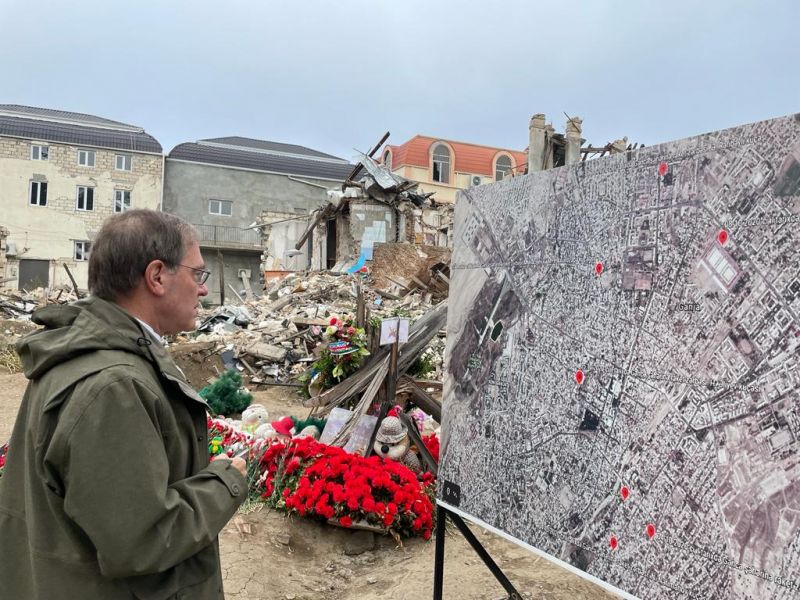 The US Ambassador to Azerbaijan Lee Litzenberger visited Ganja to meet with local authorities, take part in a USAID (American Agency for International Development) training event and learn more about the history and culture of the city. Litzenberger also visited the places of residence of the civilian population, which were subjected to rocket attacks a year ago, the embassy said.

“The ambassador expressed deep condolences to the relatives of the residents of Ganja who died in the fall of 2020, including those who were victims of missile strikes,” the embassy said.

It should be noted that during the 44-day war in September-November 2020, residential areas of Ganja were subjected to rocket attacks several times. As a result, dozens of people were killed and injured, and many houses were destroyed.

Answering a question from journalists during his visit to Ganja, Ambassador Litzenberger said that the United States is very interested in establishing regional ties in the South Caucasus.

“This applies to land, rail and air transport. We support steps that contribute to economic development between all three countries of the region,” the ambassador said. According to him, the United States continues to negotiate with the parties to contribute to measures that support such development.

This article originally appeared in TURAN INFORMASIYA AGENTLIYI on 27 Oct 2021.