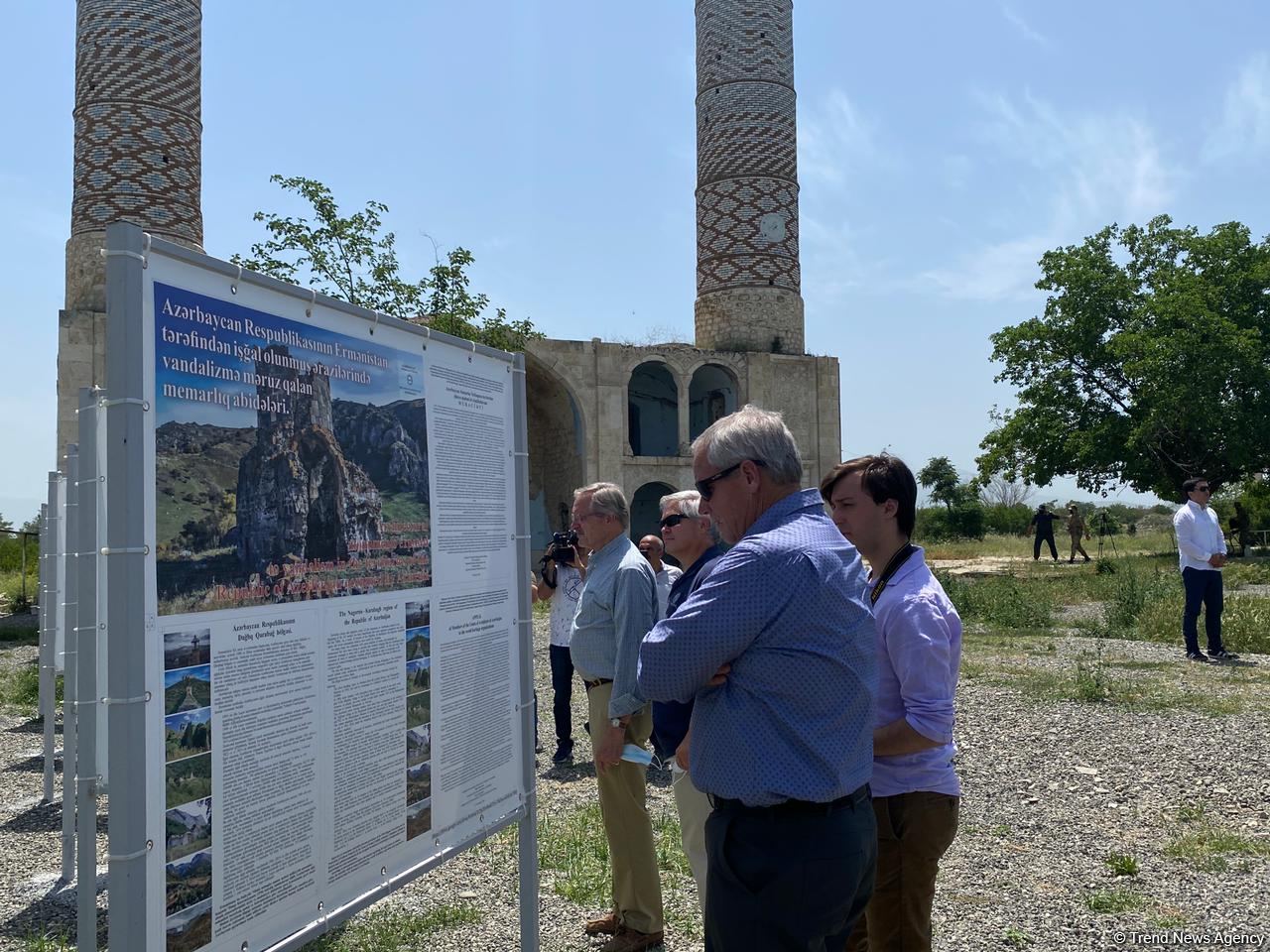 The delegation of the US Caspian Policy Center has come to Azerbaijan’s Aghdam city liberated from Armenian occupation as a result of the Second Karabakh war from late September to early November 2020, according to Azerbaijan in Focus, reporting Trend News, with reference to Karabakh bureau on May 22.

The members of the delegation got acquainted with the consequences of the Armenian vandalism in the city, and also visited the Juma mosque.

Besides, they got acquainted with a photo stand telling about the consequences of the Armenian vandalism.

The 1994 ceasefire agreement was followed by peace negotiations. Armenia has not yet implemented four UN Security Council resolutions on the withdrawal of its armed forces from Nagorno Karabakh and the surrounding districts.

A complete ceasefire and a cessation of all hostilities in the zone of the Nagorno-Karabakh conflict were introduced on Nov. 10, 2020.