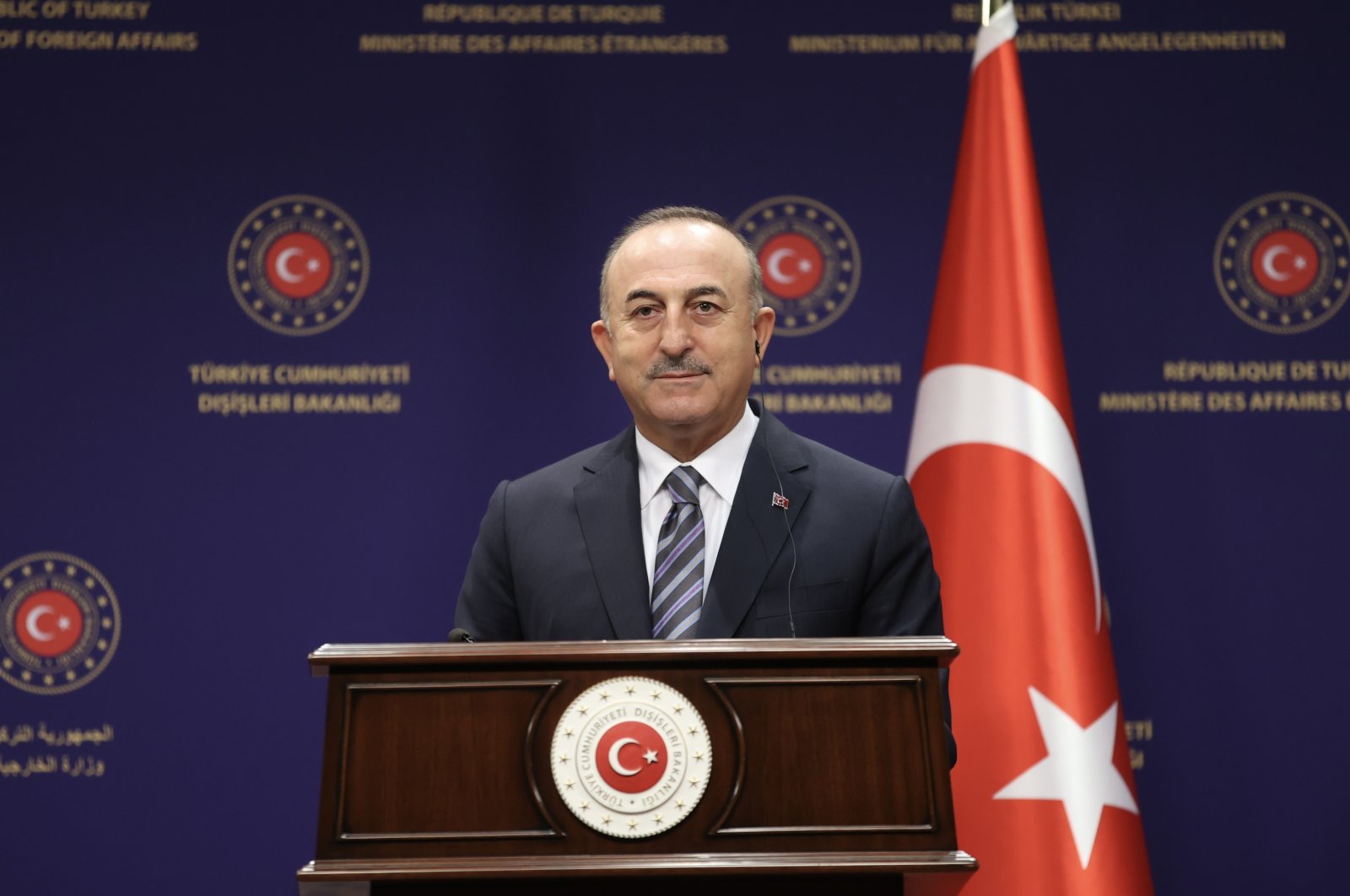 The United States and Russia are responsible in part for the attacks carried out in northern Syria by the Syrian offshoot of the PKK terrorist group, the YPG, Foreign Minister Mevlüt Çavuşoğlu said Wednesday, adding that the two countries did not keep their promises.

Speaking at a joint press conference with his Nicaraguan counterpart Denis Moncada Colindres in the capital Ankara, Çavuşoğlu reiterated that Turkey will do what is necessary to eliminate terrorists from northern Syria, referring to the YPG, which repeatedly targets Turkish forces in the region.

“Russia and the United States are also responsible for YPG/PKK attacks on Turkey,” the minister said adding that the two countries had not kept their promises to ensure the YPG withdraw from the Syrian border area.

He also said that despite the U.S. condemning the YPG attacks, it continues to provide the terrorists with weapons.

The U.S. late Tuesday extended its condolences to the families of the Turkish police officers killed in Syria by the U.S.-backed YPG. It also condemned the YPG’s recent cross-border shelling against Turkey.

In a Twitter message, the U.S. Embassy in Ankara said: “The U.S. Embassy expresses its condolences to the families of the Turkish National Police officers killed in Syria. We condemn the cross-border attack against our NATO Ally Turkey in Karkamış. #WeAreNATO #StrongerTogether.”

Later in the day, the State Department also condemned the cross-border attack from Syria against Turkey,

“We condemn the cross-border attack against our NATO ally Turkey. We express our condolences to the families of the Turkish national police officers who were killed in Syria,” said State Department spokesperson Ned Price at a news conference.

“It is crucial for all sides to maintain and to respect cease-fire zones to enhance stability in Syria and to work toward a political solution to the conflict,” he added.

Two Turkish police officers were killed and two others wounded as a result of the YPG attack in Azaz, northern Syria, the Interior Ministry said Sunday.

The YPG/PKK terrorists attacked an armored vehicle with a guided missile in the Operation Euphrates Shield area, the ministry said. The attack was launched from the Tal Rifaat region, it said.

Separately, ammunition shells fired across the border from Syria’s Jarablus caused explosions at two separate locations in southern Gaziantep province’s Karkamış district, the governor’s office said. A third shell landed within Jarablus, it said, adding that it was believed to have been launched from a region controlled by the YPG.

Azaz and Jarablus have been under the control of Turkey-backed opposition groups since Ankara’s first operation into Syria in 2016. The operation aimed to drive away Daesh and YPG terrorists from its border with the country.

Ankara has launched two other cross-border operations in Syria against the YPG, one of which targeted the Afrin region.

Meanwhile, a car bomb also killed four people and wounded six others in Afrin Monday, according to local sources.

President Recep Tayyip Erdoğan said Monday that Turkey was determined to eliminate threats originating in northern Syria, and added that the YPG killing two Turkish police officers in a terrorist attack was “the final straw.”

“We have no patience left regarding some regions in Syria which have the potential of being used for attacks on our country,” Erdoğan said in a news conference following a Cabinet meeting.

“We are determined to eliminate the threats originating from here either with forces active there or by our own means,” he added.

“The latest attack on our police and harassment that targets our soil are the final straw,” Erdoğan said.

The PKK is recognized as a terrorist organization by the U.S., Turkey and the European Union, and Washington’s support for its Syrian affiliate has been a major strain on bilateral relations with Ankara.

The U.S. primarily partnered with the YPG in northeastern Syria in its fight against the Daesh terrorist group, but Turkey has strongly opposed the YPG’s presence in northern Syria.

Ankara has long objected to U.S. support for the YPG, a group that poses a threat to Turkey and terrorizes local people, destroying their homes and forcing them to flee.

Under the pretext of fighting Daesh, the U.S. has provided military training and given truckloads of military support to the YPG, despite its NATO ally’s security concerns.

Underlining that one cannot support one terrorist group to defeat another, Turkey conducted its own counterterrorism operations, over the course of which it has managed to remove a significant number of terrorists from the region.

While Erdoğan recently urged Russia to ensure the YPG/PKK terrorists withdraw from the area as part of a previous deal, Turkish officials note that Moscow has failed to follow through on its promises to control the YPG/PKK in Syria, with the terrorist organization staging several attacks in the safe zones the Syrian National Army (SNA) has formed with the support of Turkey.

The YPG/PKK, which captured Tal Rifaat in February 2016 with Russian air support, is attacking Turkish security forces and opposition fighters’ positions that are providing security to settlements in the Operation Euphrates Shield and Operation Olive Branch regions.

This article originally appeared in DAILY SABAH on 13 Oct 2021.