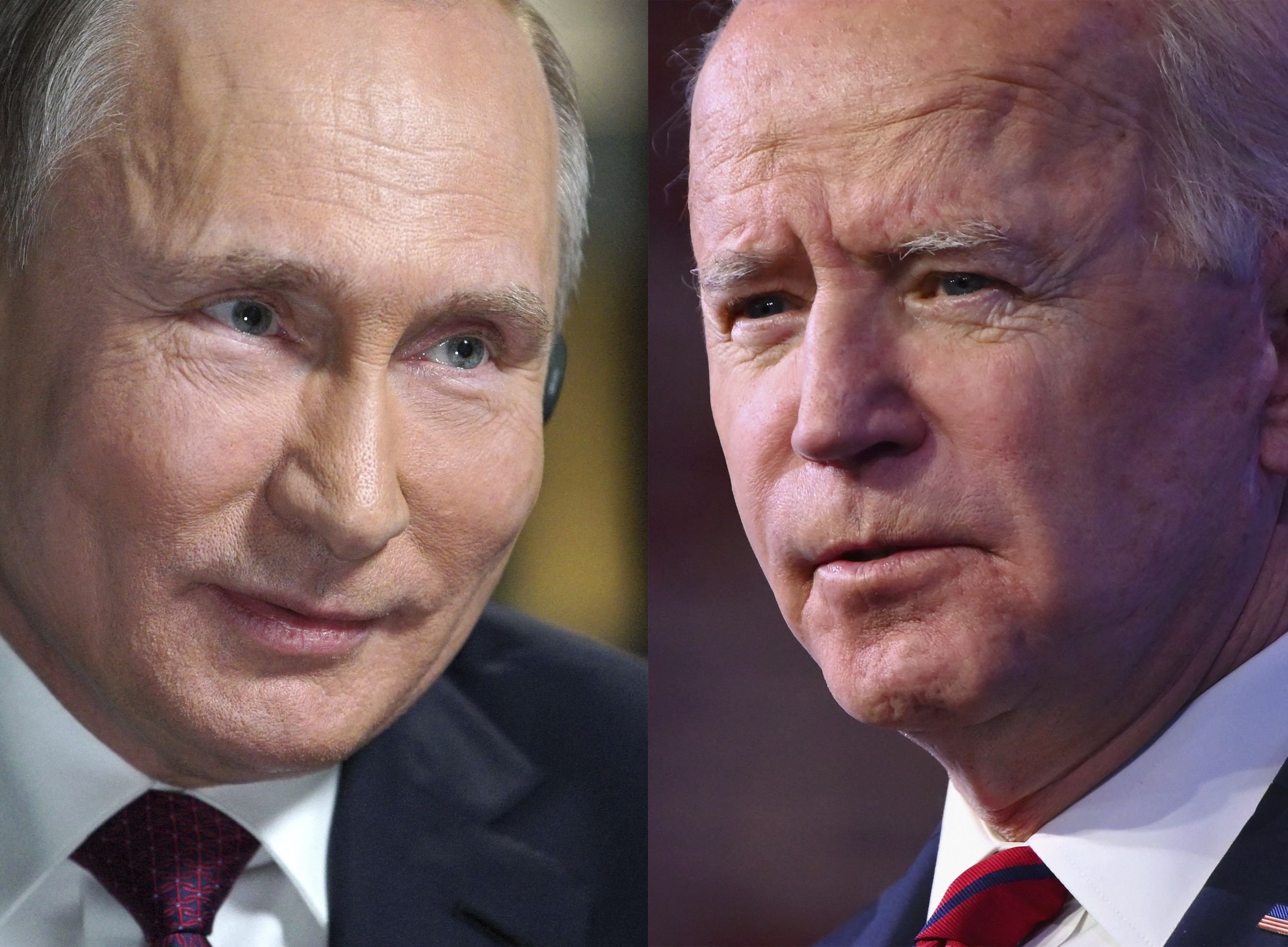 US, Russia hope to ease tensions but face chasm in Ukraine talks

After a tough talk between Presidents Joe Biden and Vladimir Putin over the Russian troop buildup on the Ukraine border, both sides insist they are hopeful that a pathway to easing tensions could open during diplomatic talks set for January, according to Azerbaijan in Focus, reporting Daily Sabah.

But with less than two weeks to go before senior U.S. and Russian officials are to meet in Geneva, the chasm is deep and the prospect of finding an exit to the crisis faces no shortage of complications.

Biden on Friday told reporters that he advised Putin when they spoke by phone a day earlier that the upcoming talks could only work if the Russian leader “deescalated, not escalated, the situation” in the days ahead. The U.S. president said he also sought to make plain to Putin that the U.S. and allies stood ready to hit Russia with punishing sanctions if the Russians further invade Ukraine.

“I made it clear to President Putin that if he makes any more moves into Ukraine we will have severe sanctions,” Biden said. “We will increase our presence in Europe with NATO allies.”

Meanwhile, Biden’s national security team on Friday turned their attention to preparation for the Geneva talks, set for Jan. 9 and 10, to discuss the Russian massing of some 100,000 troops on its border with Ukraine.

The Geneva talks, which are to be led on the U.S. side by senior State Department officials, are slated to be followed by Russia-NATO council talks and a meeting of the Organization for Security and Co-operation in Europe.

Biden is scheduled to speak by phone Sunday with Ukraine President Volodymyr Zelenskyy. The two leaders plan to review preparations for the upcoming diplomatic engagements, according to the White House.

“The two weeks ahead are going to be tough,” said Daniel Fried, a former U.S. ambassador to Poland who was a top adviser on Eastern Europe to Presidents Barack Obama, George W. Bush, and Bill Clinton. “The Biden administration has done a pretty credible job of outlining, framing up the negotiations. But the toughest test is yet to come because Putin will continue to engage in threats and brinksmanship to see how determined we are.”

While Biden reiterated that he stood ready to exact sanctions that would reverberate throughout Russia, Kremlin officials doubled down on its warning to Biden about making a “colossal mistake” that could have enormous ramifications for an already fraught U.S.-Russian relationship.

A top Putin aide on Friday reinforced that Russia stands by its demands for written security guarantees. Moscow wants it codified that any future expansion of NATO must exclude Ukraine and other former Soviet bloc countries and demands that the bloc remove offensive weaponry from countries in the Russian neighborhood.

“We will not allow our initiatives to be drowned in endless discussions,” Foreign Minister Sergey Lavrov told the state RIA-Novosti news agency Friday. “If no constructive answer comes in a reasonable time and the West continues its aggressive course, Russia will have to take all necessary measures to maintain a strategic balance and remove unacceptable threats to our security.”

The Biden administration and NATO allies have made clear that the Russian demands are non-starters.

The seemingly unrealistic rhetoric has made some in Washington question of how effective talks can be.

Following the Biden-Putin call, a group of 24 former U.S. national security officials and Russia experts – a group that includes several officials who served in the Obama, George W. Bush, and Clinton’s administrations – released a statement calling on Biden to immediately, and publicly, lay out the penalties Russia would face if Putin were to move forward with military action.

“We believe the United States should, in closest consultation with its NATO allies and with Ukraine, take immediate steps to affect the Kremlin’s cost-benefit calculations before the Russian leadership opts for further military escalation,” the group wrote.

“Such a response would include a package of major and painful sanctions that would be applied immediately if Russia assaults Ukraine. Ideally, the outline of these sanctions would be communicated now to Moscow, so that the Kremlin has a clear understanding of the magnitude of the economic hit it will face.”

The Russians for their part continue to make the case that they are facing an existential threat with Ukraine.

Lavrov on Friday noted an increase in weapons supplies to Ukraine and the growing number and scope of joint military drills conducted by Western powers with Ukraine, charging that “the Kyiv regime naturally perceives this support as a carte blanche for the use of force.” He added that Russia will protect its citizens living in eastern Ukraine.

“As for residents of Donbas, where hundreds of thousands of our citizens live, Russia will take all necessary measures to protect them,” he said. “An adequate response will be given to any possible military provocations by Kyiv against Donbas.”

Simon Miles, a diplomatic and international historian of the Cold War at Duke University, said it would be a mistake for the White House to let “Russia unilaterally set the tempo of what is about to unfold.”

“Whatever the U.S. can do to keep the Russians on their back foot, as opposed to letting the Kremlin set the agenda, is going to be important to securing a favorable resolution,” Miles said.