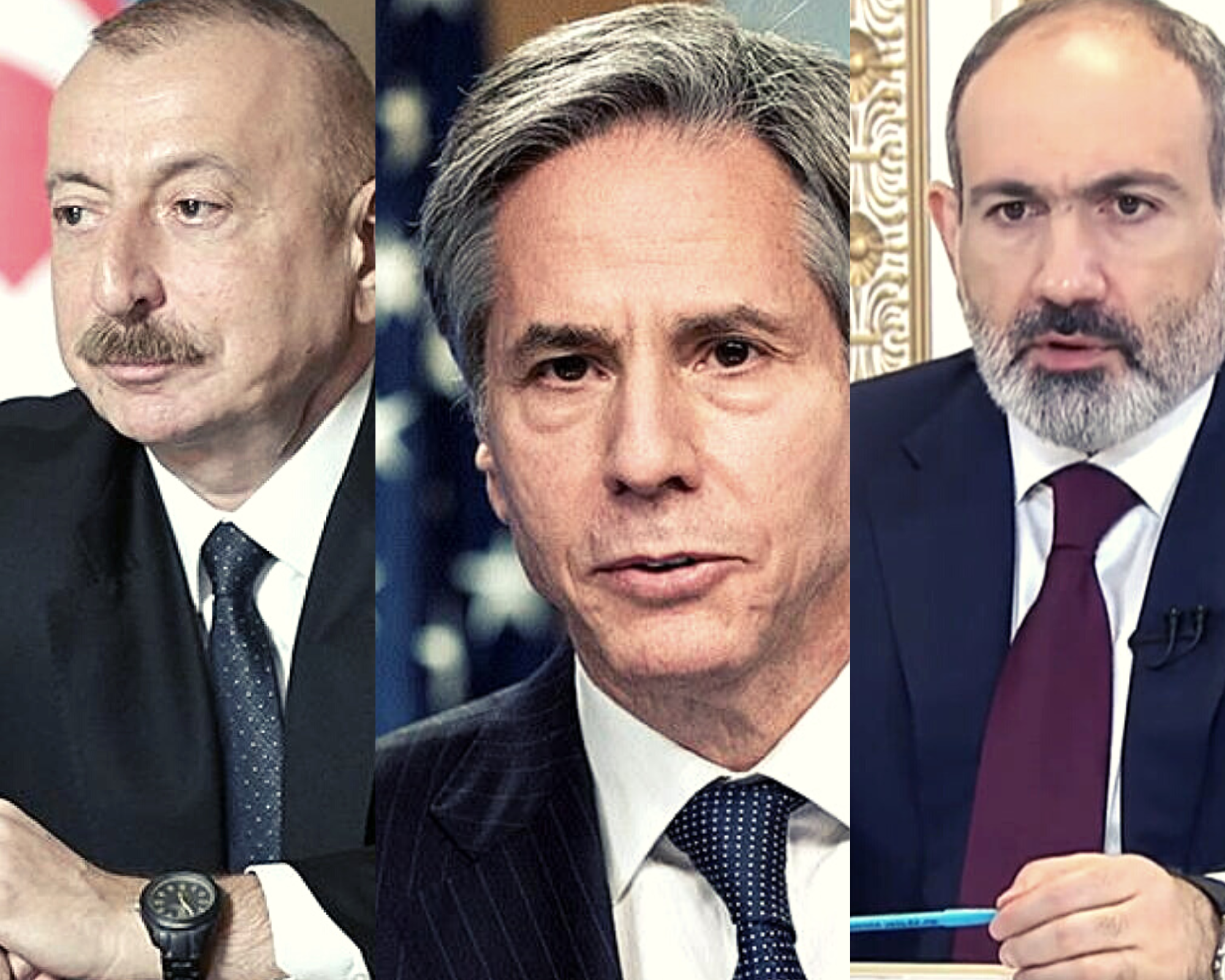 On July 25, US Secretary of State Anthony Blinken had a telephone conversation with the President of Azerbaijan and the Prime Minister of Armenia, according to Azerbaijan in Focus, reporting Turan News.

“Noting that the United States supports the normalization of relations between Armenia and Azerbaijan, Secretary of State Anthony Blinken emphasized that he positively assesses the meeting and direct dialogue of the Foreign Ministers of the two countries in Tbilisi,” the press service of the head of Azerbaijan said.

In turn, Aliyev regarded the meeting of the Foreign Ministers as “the first step towards negotiations on the conclusion of a peace treaty between the two countries.” Aliyev stressed that Azerbaijan has already formed a commission to prepare a peace treaty and expects the same from Armenia.

Blinken expressed the readiness of the United States to provide technical support for the opening of transport links between Armenia and Azerbaijan.

When it comes to humanitarian issues, Aliyev said that after the First Karabakh war, more than 3,890 Azerbaijanis went missing, and despite repeated appeals, the Armenian side did not provide data on their burial sites.

Besides, Armenia mined the territories of Azerbaijan liberated from occupation, and after the end of the Second Karabakh war, more than 240 Azerbaijani citizens were killed or injured by mines, the report said.

In turn, the Armenian side reports that similar issues were raised during Blinken’s conversation with Pashinyan.

In particular, the US Secretary of State supported talks between Baku and Yerevan through the European Union mediation. He also expressed the US readiness “to work with partners in the OSCE Minsk Group to help Armenia and Azerbaijan achieve a long-term and comprehensive peace solution.” Prime Minister Pashinyan reaffirmed his commitment to the peace agenda emphasizing that the Armenian public supports this course.

The US State Department said in a statement that Blinken called on Aliyev to release all detained Armenians.

During his conversation with Pashinyan the Secretary of State “thanked him for positive dynamics and concrete agreements reached in the normalization of relations between Armenia and Turkey.”