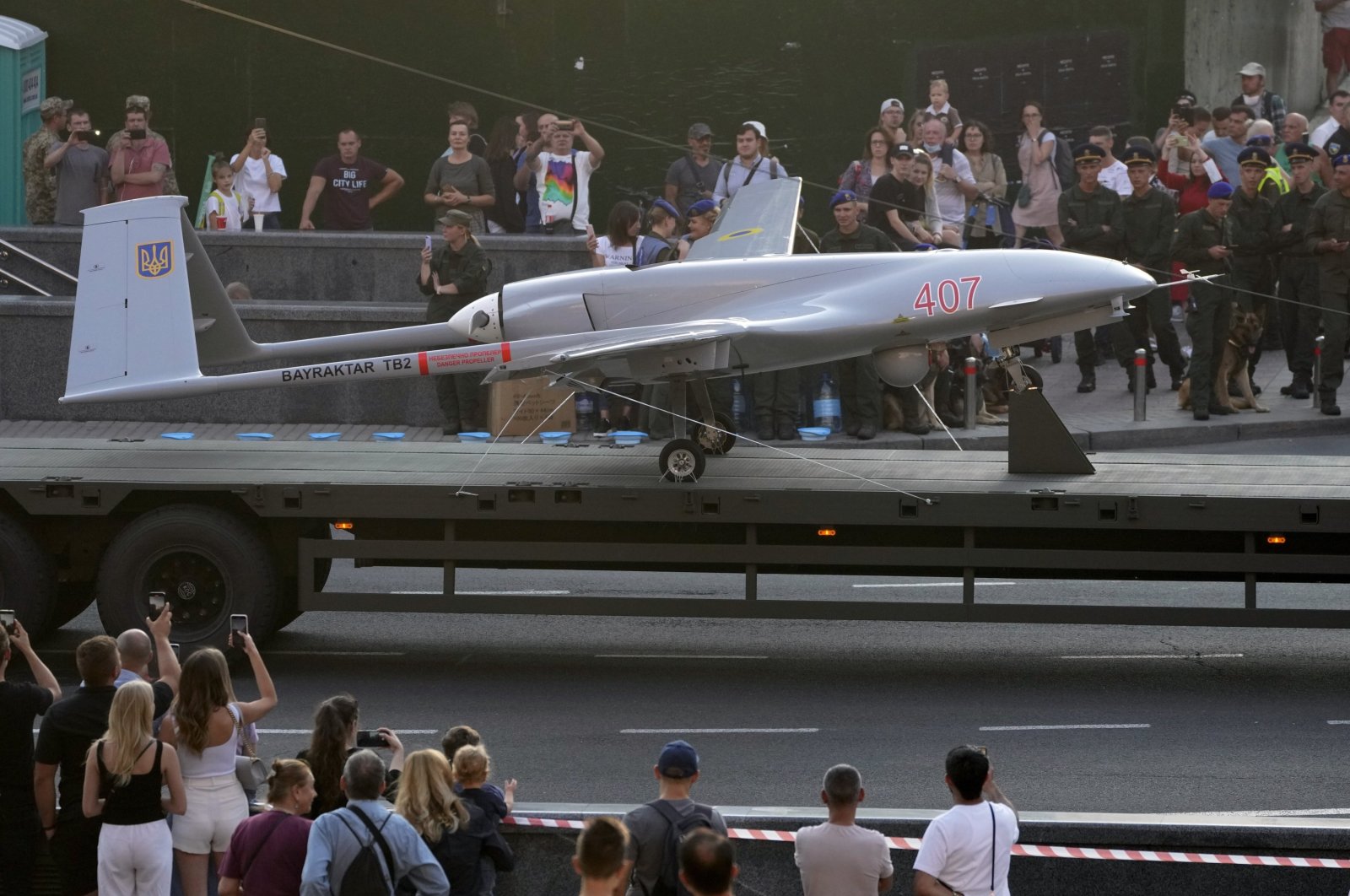 A Turkish-made Bayraktar TB2 drone is seen during a rehearsal of a military parade marking Independence Day in Kyiv, Ukraine, Aug. 20, 2021. (AP Photo)

A senior United States senator, known for his ties to the U.S.’ Greek and Armenian lobbies, has proposed measures that target Turkey’s defense sector exports and aid to Azerbaijan.

The senator has claimed that Turkey’s drone sales are “dangerous, destabilizing and a threat to peace and human rights.”

Mentioning how Turkish drones played a critical role in Azerbaijan’s fall 2020 liberation of Nagorno-Karabakh from nearly 30 years of illegal Armenian occupation, Menendez pointed out how Poland, a NATO member, Morocco and Ukraine, both allies of the West, also purchased Turkish drones.

Several other countries have expressed interest in purchasing Turkish drones, he said, including Angola, Niger, Nigeria and Rwanda.

Relations between the former Soviet republics of Armenia and Azerbaijan have been tense since 1991 when the Armenian military occupied Nagorno-Karabakh, also known as Upper Karabakh, a territory internationally recognized as part of Azerbaijan, and seven adjacent regions.

During the 44-day conflict, Azerbaijan liberated several cities and some 300 settlements and villages that had been occupied by Armenia for almost 30 years.

Prior to this, about 20% of Azerbaijan’s territory was also under illegal occupation.

Two months later, the leaders of Russia, Azerbaijan and Armenia signed a pact to develop economic ties and infrastructure to benefit the entire region. It also included the establishment of a trilateral working group on Karabakh.