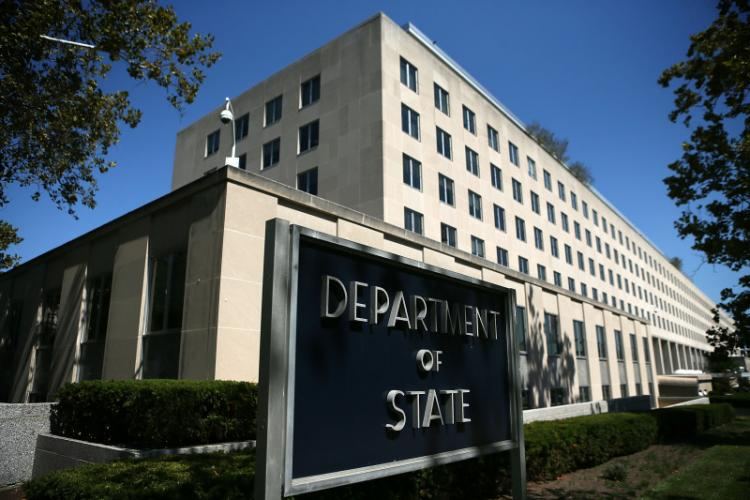 Hundreds of mosques, shrines, and cemeteries on Azerbaijani then-occupied territories were looted, vandalized, desecrated, and destroyed while under Armenian occupation, the US State Department’s report said, according to Azerbaijan in Focus, reporting Trend News.

The report noted that the Parliamentary Assembly of the Council of Europe stated that “the long-running conflict has had a catastrophic impact on the cultural heritage and property of the region.”

“The assembly condemned the damage and destruction for which it said Armenia was responsible in the areas previously controlled by Armenia-supported separatists, which became again under Azerbaijani control, and in particular the almost total destruction and looting of Aghdam, Fuzuli, and other areas over the last 30 years, as well as the transfer of cultural heritage,” the report said.

The report noted that the systematic destruction of dozens of Azerbaijani cemeteries in Fuzuli, Aghdam, Zangilan, Kalbajar, and Jabrayil was documented.

“Graves were desecrated; in some instances, holes were dug out to rob graves, while other sites showed evidence of the destruction and exhumation by heavy construction equipment. The methodical vandalism of headstones left few individual graves untouched. Many graves had the carefully hewn faces of the deceased (carved into gravestones) destroyed by hammers or similar objects,” the report said.

Additionally, the report said, the remains from Azerbaijani graves were exhumed and gold teeth removed, leaving skulls and bones strewn across Azerbaijani cemeteries or in some cases completely removed.

“Armenian graves remained virtually undisturbed. According to civil society representatives, the United Nations Development Program, and the Azerbaijani government, extensive mining of the territories returned to Azerbaijan made it impossible to access a vast majority of hundreds of religious sites in towns and villages, and the extent of any damage to these sites might remain unknown,” the report said.

Examples of known damage to significant religious sites include the 19th-century Haji Alakbar Mosque in Fuzuli District, which was destroyed, and the Juma Mosque in Aghdam, which was vandalized with Armenian-language graffiti and whose mehrab (the niche in the wall that indicates the direction of Mecca) was riddled with bullet holes. Cemeteries throughout Aghdam were desecrated, looted, and/or destroyed, including the sacred and historic 18th-century tombs of Imarat Garvand Cemetery, the city’s “Martyrs’ Alley.”

“Western diplomats visiting Martyrs’ Alley reported seeing holes where bodies were once interred and that only one broken headstone remained in the cemetery. Because religion and ethnicity are closely linked, it is difficult to categorize many incidents as being solely based on religious identity,” the report said.